Local startup heading to the big leagues of retail 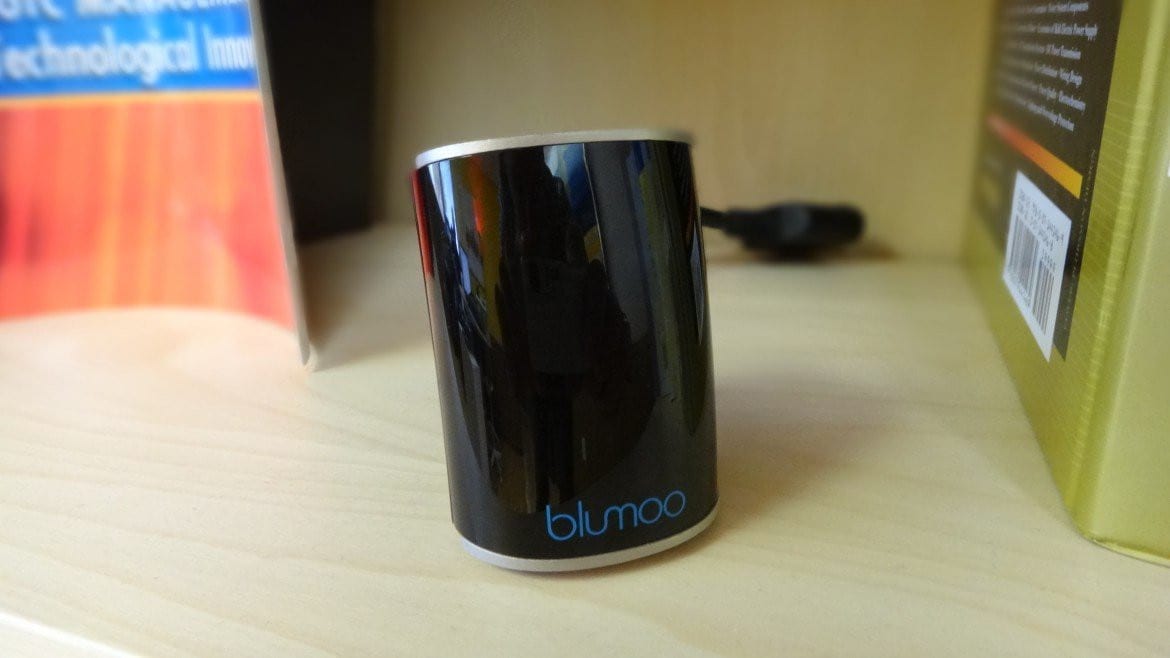 Like so many great technological innovations, Jason Carman’s was born out of annoyance.

“I have outdoor speakers at my place but they are controlled by a receiver in my basement,” Carman said. “So I’d be out by the barbecue and if I wanted to turn on some music, I’d have to walk inside, find the remote control, turn on the receiver, walk back upstairs, then listen to my tunes. And if I wanted to change anything, I’d have to repeat that process.”

To address this, Carman set out to build a device that would allow him to control his receiver from outside. Having graduated with an electrical engineering degree from South Dakota State, Carman quickly resolved the problem, but he didn’t stop there.

“I realized I’ve always got my phone on me, so why couldn’t I just control it from there?” Carman said. “And why not stream the music that’s on my mobile device down to the same receiver in the basement?”

And with that, the first version of Blumoo was born. In its initial form, Carman’s device was aimed mainly at audio devices and streaming music. However, after hearing feedback from his first customers, Carman learned that Blumoo had the potential to replace all remotes, not just those tied to audio systems.

“We decided to turn it into a complete equipment control and media control device,” Carman said.

Co-founder Jason Carman explains why his company, Flyover Innovations Inc., likes being based in the KC-area. The company’s remote-replacing device, Blumoo, will soon be available nationally in retail stores.

Why Flyover Innovations, Inc. enjoys being in the Kansas City area

Sales and customer ratings have continued to rise since Blumoo was introduced in 2014, but Carman expects a big boost over the next few months as the Olathe-based startup company, Flyover Innovations Inc., makes its first foray into the retail market.

Blumoo displays were set up in 17 Sam’s Club stores in Kansas City and surrounding cities last week and the product will be available nationally at Best Buy starting October 11 – a deal for which Carman is particularly excited.

“Best Buy was the biggest store that I wanted to get into,” he said. “They have a trained sales staff and for our product it’s important to have somebody there that can answer questions on it. Blumoo is not a toothbrush.”

In its current form, the Blumoo is a tiny, futuristic coffee mug-shaped column that connects to your smartphone via Bluetooth radio and Blumoo’s free app. The Bluetooth connection allows you to control all of your media components using Blumoo’s infrared blaster and also serves as the avenue for streaming music from your phone to the device.

Media room setups these days typically involve multiple components, each requiring its own proprietary remote. Many times, those remotes function only for their parent devices and little else.

“The old remotes were fine when you had just a TV. Now we keep adding devices,” Carman said.

Blumoo is compatible with more than 225,000 pieces of equipment, and both Apple iOS and Android operating systems. It works on smartphones, tablets, and even the Apple Watch, Carman said.

Flyover Innovations hopes to replicate the success it has enjoyed with Blumoo over the next year, when Carman plans to release a new product. However, he was less willing to divulge details about the new device.

“At this point, I’ll just say that the new product will take the Blumoo’s simplicity of control to the next level,” he said. “It will work nicely with Blumoo, but will also work as a stand-alone device.”

How KC Therapists Are Coping With ‘Communal Trauma’ During Pandemic

Age of Coronavirus: Grading Our Social Distance Through Smartphones

Psst, Some of Us Are Being Watched

“American Graduate: Getting To Work” With CoderDojo KC Junior Mentors

William Ford Jr. Comes to KC For Insights Into the Future of Transportation

For Innovators, Winning Isn't Everything