In Honor of MLK: East to West is Best 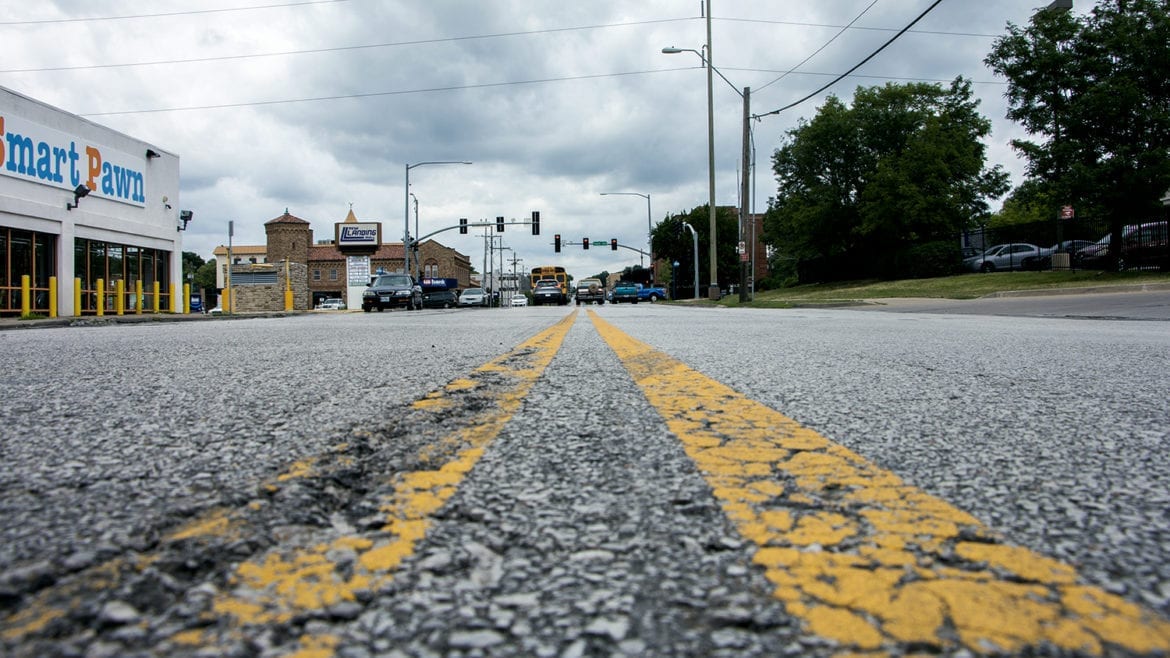 This view continues west on 63rd Street near the intersection with Tracy Avenue in Kansas City. The discussion around a Martin Luther King Jr. homage continues in the city. (John McGrath | Flatland)
Share this story

I won’t presume to know why, 50 years after his death, we haven’t named a street after Martin Luther King Jr. in Kansas City, Missouri. Despite its broad support across ethnic lines, former Mayors Ilus Davis, Charles Wheeler, Dick Berkley, Emanuel Cleaver, Kay Barnes and Mark Funkhouser haven’t been able to do it. Recently, the idea returned to the news and forefront of conversation with much fanfare, with the main challenge being where to place the designation.

When a group of black clergy proposed naming Paseo Boulevard after King earlier this year, the idea met a lot of resistance. In response, Mayor Sly James initiated a community group to look at options through a series of community forums. The forums concluded in May with a proposal to the City Council to name a terminal at the new KCI for King. No proposal or decision was made on the naming of a street. So we wait.

We might be late in naming the street, but we have been busy making our city a better place.

As a black child growing up in the 1960s, I remember the volatile nature of the times. With Malcolm X’s racially divisive “by whatever means necessary” approach on one side, King offered another side — a nonviolent position that a created a bridge of opportunity to include all people. Naming an east-west street would be a symbolic bridge that supports King’s message of inclusion and respect. It is, after all, in the cask of isolation and separation that hate is fermented and seeps deepest into the human soul.

I have had many discussions on this topic. We have debated the issue on “Ruckus;” I have talked with family members and friends; I have spoken with strangers on the street. Whether black or white, conservative or liberal, people believe it should happen.

Yes, there are those who feel an MLK Boulevard should be in a black neighborhood, because he was a black leader. I think this is shortsighted — he was an American leader. He shaped the course of a nation.

An east-west street, like 63rd Street, would best represent King’s message and methods. As a leader, he called a nation to be its better self. He called on people from all ethnicities to embrace our common bond of humanity.

We might be late in naming the street, but we have been busy making our city a better place. Kansas Citians are coming together. People are valuing people from all walks of life. We are in a world of difference from the chaos of Jim Crow and the hostilities of the 20th century. King did not get to the mountaintop, but his message and methods moved us all to a place where we can see it. And for a lot of us, we are living the dream.

We wait, but before we add another name to the list of mayors who didn’t get it done, let’s rename a street now. Go east to west and send a message.

curiousKC | Were There Segregated House Advertisements in KC?

After Tapping the Experts, Here’s What We Learned