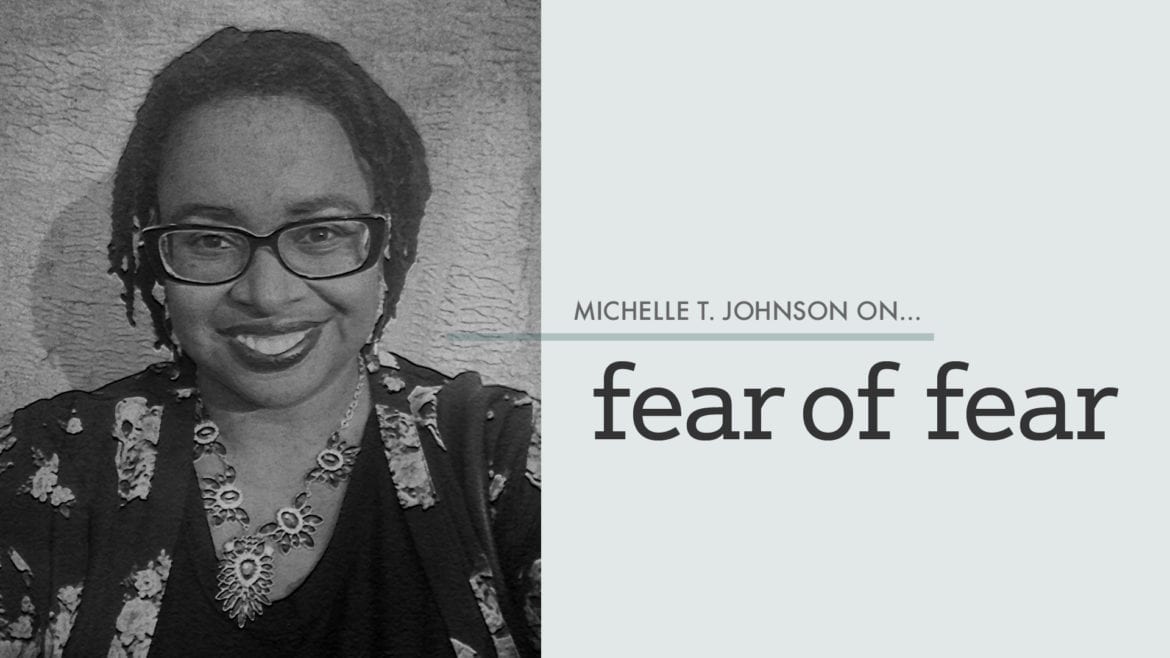 I’m afraid of the fear.

Not that my fear is new. Pretty much since the momentum that is Donald Trump started, I’ve been in fear of the fear.

This isn’t political partisanship. This isn’t me being dismissive based on who I support or don’t support.

I’ve voted in eight presidential elections. To this day, I can still remember being a student at the University of Kansas, excited about the opportunity to vote for the first time. My candidate didn’t win. Some years even the person I voted for in the primary didn’t win.

But I’ve never been afraid of the guys who won. Nervous about their policies, yes, nervous about what they stood for, of course. But I didn’t feel fear about them or their supporters.

Let me be clear: I’m not afraid of Trump. Trump doesn’t offer enough concrete policies for me to be afraid of him. Trump doesn’t present enough sharply focused or smartly nuanced opinions on anything to scare me.

But his enthusiastic supporters scare me. He has made outspoken bigotry cool again.

As I said in my first column, much of what we know about anything comes through social media. I don’t have an illusion that what is on social media is an accurate truth, but it is an unfiltered one.

For months, I’ve been hearing and seeing videos of protestors being attacked by Trump supporters. When Trump spoke here in Kansas City in March, I was afraid for my friends who went to protest him — and the people who would attack them for doing so. I had no illusions that Kansas Citians were too polite to get physically nasty if it got down to it. And I was right; the police ended up pepper-spraying the crowd, and people were arrested.

What a Donald Trump nomination seems to mean is that a large section of this country doesn’t give a hoot about anyone who doesn’t look right, talk right, pray right or live right. And by right, be clear I mean white. Because that’s what it feels like.

And when he got up at the RNC — a week ago today — to give his acceptance speech for the nomination, he gave people exactly what they wanted. Like a sideshow carny or a big-tent preacher on a hot summer night, all he had were more reasons to blame and hate.

I was an employment lawyer for eight years, mostly working for firms that represented the employer, and just counting since the beginning of his campaign run, Trump has made comments that would get him fired from almost any office.

This is a man who insults women, makes disparaging remarks about race and ethnicity, mocks people with disabilities, talks about targeting people because of their religion. This is a diversity training video, not a leader of the United States of America.

My fear has nothing to do with which political party wins the election. My fear is about what type of person has won the heart and minds of millions of Americans.