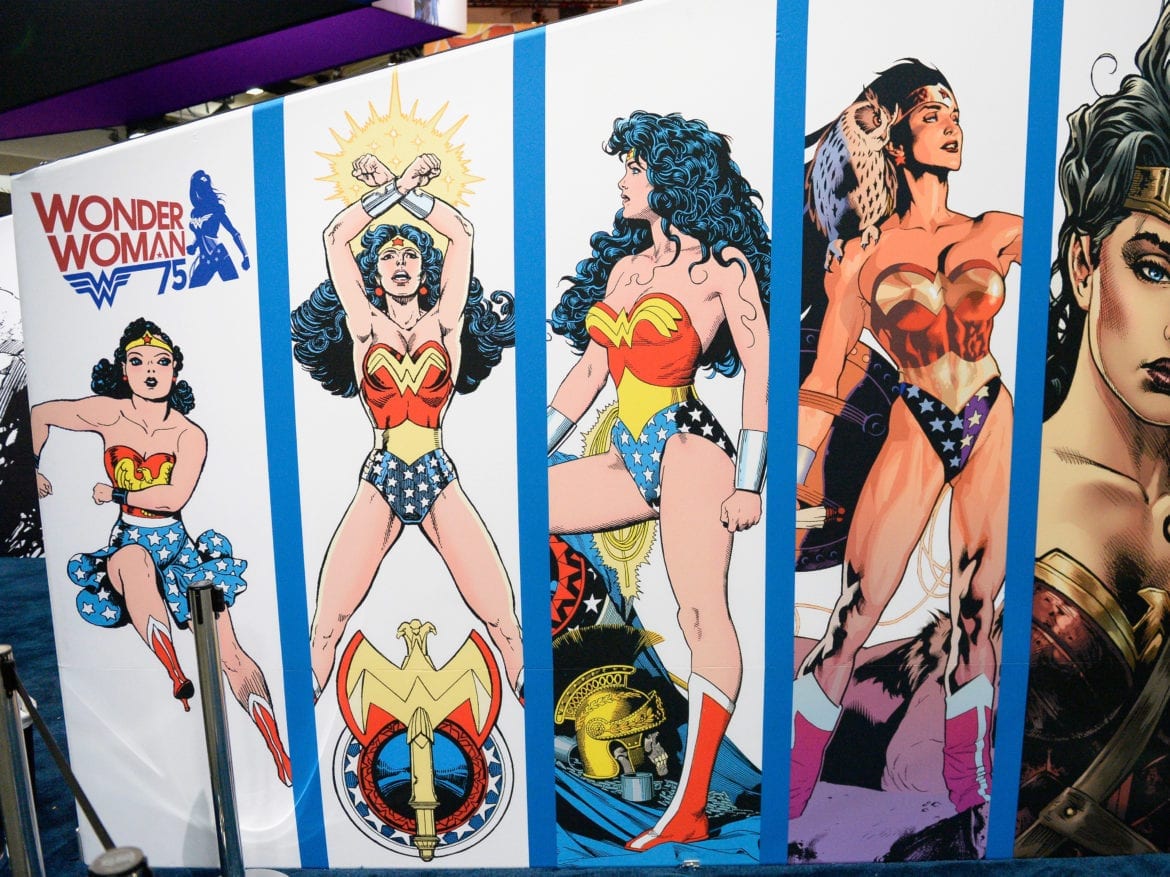 As of Friday, Wonder Woman will no longer be an honorary U.N. ambassador. A petition protesting her appointment called her "a large-breasted, white woman of impossible proportions." Above, a display at Comic-Con International 2016 shows the evolution of her costume. (Photo: Matt Cowan)
Share this story

Is Wonder Woman being forced into early retirement?

It’s come to light this week that the comic superhero’s controversial tenure as the United Nations’ honorary ambassador for the empowerment of women and girls will be coming to a close this Friday.

That’s less than two months since the character was unveiled as the face of a U.N. social media campaign to promote women’s rights via tweets and facebook callouts. The decision sparked protests both in and out of the organization, with nearly 45,000 people ultimately signing an online petition that called the choice of a fictionalized character with “an overtly sexualized image” to represent gender equality “alarming” and “extremely disappointing.”

At the time, officials of both the UN and DC Comics — which owns the rights to the character of Wonder Woman — said the campaign would continue well into 2017. “As long as there’s momentum in the campaign we’ll move forward,” Maher Nasser, the U.N. official who essentially brokered the collaboration between the United Nations and DC Comics, told NPR in late October. “They have committed to a year.”

But in a phone interview with NPR today, Jeffrey Brez, a United Nations official in the same department, said that while the plan was for DC Comics to continue activities in the coming year, the U.N. piece was never intended to last as long.

“We always knew it would end in December,” Brez said. “Soon after the launch [on October 21] we said, what day should it actually end on? And we decided on December 16 because after that, the holidays were coming up, and it didn’t make sense to continue the campaign into the holiday season.”

Still, this end date was only made public yesterday, when, said Brez, a reporter from Reuters happened to call him to check on the status of the Wonder Woman campaign.

The news of Wonder Woman’s departure has done little to mollify critics of her appointment, who contend that the episode was just the latest manifestation of longstanding problems with the United Nations’ approach to gender equity. It didn’t help that the Wonder Woman campaign was announced just weeks after the organization bypassed seven female candidates for Secretary General in favor of a man, Antonio Guterres. And the petition against Wonder Woman concluded: “The bottom line appears to be that the United Nations was unable to find a real life woman that would be able to champion the rights of ALL women on the issue of gender equality and the fight for their empowerment.”

Critics also questioned the propriety of partnering with a for-profit entertainment company with a clearly commercial agenda. DC Comics has been heavily promoting the 75th anniversary of Wonder Woman’s creation as well as an upcoming Hollywood movie about her. Gal Gadot, who plays the character in the film, appeared at the United Nations press conference for the campaign along with did Lynda Carter, who portrayed Wonder Woman in the 1970s television show.

Brez expressed “respect” for the criticism. “You never want to make someone feel like you’ve done something that makes them feel uncomfortable,” he said. “So nobody’s happy that some people felt that [Wonder Woman] wasn’t the right choice, obviously.”

But he said he nonetheless viewed the campaign as a success. Its objective, he said, was to spread awareness about the commitment made by world leaders last year to “achieve gender equality and empower all women and girls” by 2030. That vow is part of package of “sustainable development goals” adopted by the United Nations.

“These goals need to become a household word,” said Brez. And teaming up with DC Comics to target Wonder Woman fans, he added, “was a great way for us to reach out to an audience that we’d probably never reach.”