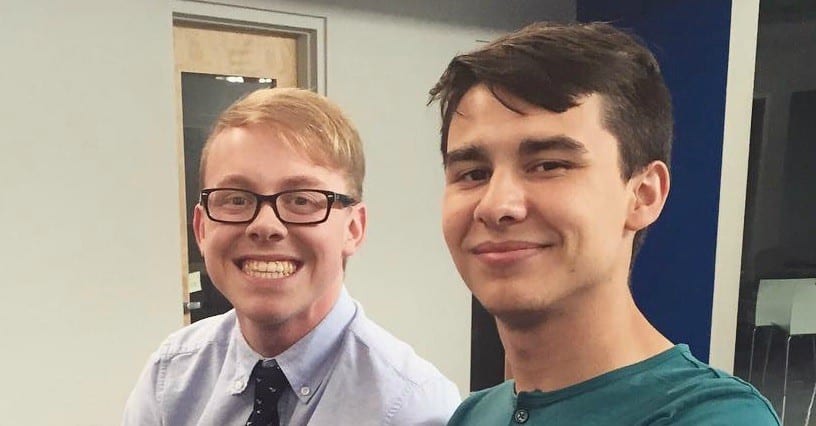 Brett Stone interned at KCPT this summer from May to August, focusing on digital media and online content. As Managing Editor of William Jewell’s student-run online publication, The Hilltop Monitor, he recently published these thoughts on public media.

Over the summer, a study by the Washington Post came out entitled “Study: Kids can learn as much from ‘Sesame Street’ as from preschool.” It showed that, among other things, kids who tuned into Sesame Street were more likely to stay at their grade level during the formative years. For low-income families — who these services most directly benefit because of their accessibility — this could be a serious game-changer.

The effectiveness of publicly-broadcasted shows such as “Sesame Street“ is no secret, and the topic has been the subject of countless studies. But college students are hard to impress, and while we can appreciate all the good public broadcasting does, we may not find it in us to care all that much. But you should.

I’ll admit I have a bias, I interned for PBS’s local affiliate, Kansas City Public Television (KCPT), this summer and had a great experience there. And I’ll say now that I am fiercely in favor of, and a proponent for, public broadcasting. But amidst the controversy regarding Sesame Street’s movement to HBO, we should be considering public television’s—or public media’s—role in today’s world of Netflix, Amazon Prime and the addictiveness of online streaming.

I emphasize “media” because, while KCPT does continue to provide important public broadcasting, its digital presence is too important to ignore. For all of us, like myself, who don’t own a TV, we can still enjoy quality public media digitally. PBS and its affiliates have adapted to this new age of digital content with things like its high quality streaming service, PBS Video, and locally produced online videos such as KCPT’s original “Show Me” series.

But let’s get local here for a second to consider why you should care about public media, at least in Kansas City.

KCPT stands on the corner of 31st and Main in a particularly gargantuan red tower that’s impossible to miss. This marks the spot of KCPT and its partner 90.9 The Bridge, a noncommercial public radio station, and it couldn’t be in a better spot in the city. Head a few blocks south and you’re in Westport; a couple blocks north past the Liberty Memorial and across some train tracks, you’ll reach the Crossroads District. So when thinking about the culture of Kansas City, KCPT is in the thick of it, and we should be paying attention.

I realize that asking a college student to care about something as seemingly obscure as public broadcasting and media is a tall order, so I encourage you to think about things you do care about. Things like: the Kansas City community, local musicians and artists, quality reporting, local businesses, downtown revitalization, journalistic integrity, etc. Public media provides content, videos, reporting, artwork, and much more on all of these topics.

And you can enjoy all of this content knowing that the people who produced it are genuinely invested in the community and don’t expect anything in return, a far cry from the cold commercialization of most national media outlets.

When it comes down to it, I can’t think of a reason why we shouldn’t be excited about this. But if you aren’t convinced yet, watch this: