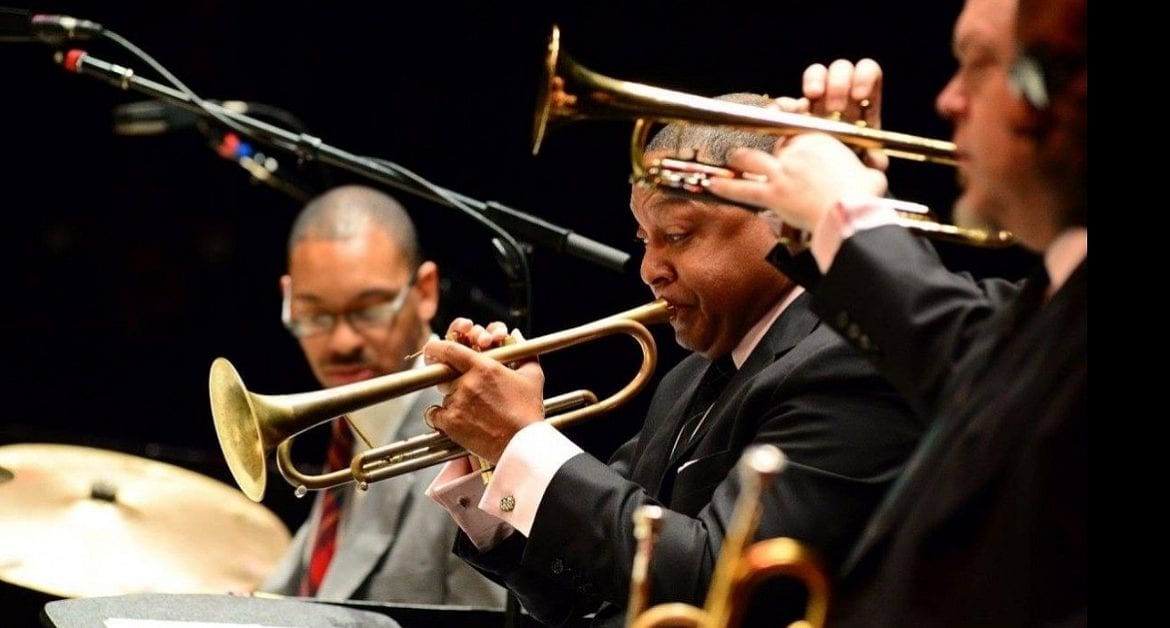 Wynton Marsalis will lead his Jazz at Lincoln Center Orchestra in a “Big Band Holidays” concert on Thursday at The Midland. (Photo: Contributed | Frank Stewart)
Share this story

The Holiday season is fully upon us. Sure, it’s a season of consumerist excess. Whatever. Quit your Grinching. Whether you’re Christian, Muslim, Jewish, atheist, pagan, or none of the above, everyone loves pretty lights and presents. This week, we have a few ways to give yourself the gift of fun by getting out to enjoy some of what the city has to offer.

The Chiefs got a big gift on Sunday, with a crazy win for the ages in Denver. They’re on the road this week too, meeting the Falcons, so you’ll have to give yourself the gift of watching from the couch. College football is done, save for bowl season, but basketball is just getting warmed up. K-State goes to Saint Louis, but Missouri is at home, playing Western Kentucky. The young, but mighty Jayhawks are also on their home floor, meeting Stanford at Allen.

Nothing says “peace on earth, goodwill towards men” like Mixed Martial Arts. If you want to celebrate the season by watching guys beat each other up, you have two choices. Ultimate Blue Corner Battles has an event at VooDoo Lounge on Friday and Shamrock FC #280 is on Saturday night at Ameristar. The Missouri Mavericks are on road, but there’s “wall ball,” also known as indoor soccer, at Silverstein Eye Centers Arena when the KC Comets play the Chicago Mustangs.

There are a lot of great reasons to get downtown on Friday night. Buying art at First Friday is one of them. Todd Weiner Gallery, for instance, is hosting its Third Annual Holiday Show, featuring local and regional artists with (relatively) inexpensive work for sale. You also might want to stop by a reception for the Art in the Loop Foundation, featuring a showcase of videos created by local artists. While you’re downtown, consider hitting Power & Light for a free concert in conjunction with the Salvation Army. Rock the Red Kettle, featuring The Fray and hometown hero David Cook, starts at 6:30 p.m.

You could buy someone a nutcracker. But, frankly, that would be a really boring gift. A better plan is going to see Kansas City Ballet’s splashy production of “The Nutcracker”. Last year, the show was totally revamped and won raves. Some 34,600 people attended, making it the most successful show in Kansas City Ballet history. For good reason. The costumes and sets alone are enough reason to see the show. So is the live accompaniment by the Kansas City Symphony, performing Tchaikovsky’s storied score. 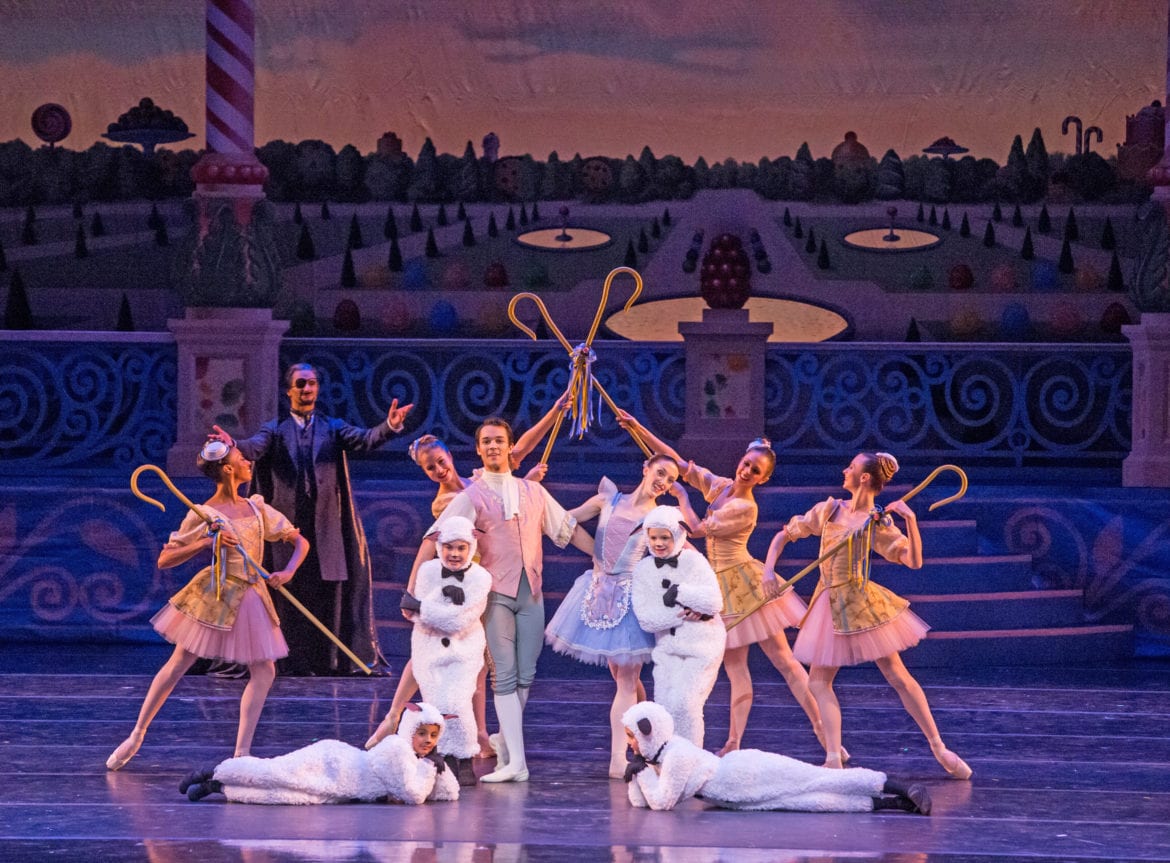 Nothing says Christmas like laser beams. Or not. But Quixotic is nevertheless producing a Saturday night laser light show. The display, titled “Luminate: A Holiday Laser Light Installation,” will cover 50,000-square-feet, spanning Pershing Road and Main Street, and run every half-hour. It’s all part of this year’s Downtown Dazzle holiday festivities, a downtown-wide set of events including a homes tour and holiday-themed entertainment at Crown Center, City Market and Union Station.

Are you looking for a ridiculously awesome gift? Do you have huge piles of cash to spare? Me neither, but if you love to look at classic cars and dream, get down to this year’s Mecum Car Auction stop in KC. It’s a celebration of all things motorized, with some 700 vehicles up for sale. There’s a 1965 Pontiac GTO Convertible that yours truly wouldn’t mind finding under the tree. The auctions run all weekend at the Kansas City Convention Center.

You don’t have to listen to Christmas music this week. It’s not, like, the law or anything. You are also free to check out young country star Cody Johnson at the Granada on Saturday night. His latest release, “Gotta Be Me,” debuted at No. 2 on Billboard’s Country Albums chart. Not too shabby.

Really, though, why fight the tide? There’s an ocean of seasonal music coming your way, so you might as well dive in.

The Midland has a special one on Thursday night. Maybe the greatest trumpeter on earth, Wynton Marsalis, will lead his Jazz at Lincoln Center Orchestra in a “Big Band Holidays” concert. Marsalis, among honors too numerous to list, has won nine Grammy Awards and a Pulitzer. Yikes. His 15-piece jazz band, featuring vocalist Catherine Russell, is sure to bring the swing.

Shows don’t get much bigger than Handel’s “Messiah.” The Kansas City Symphony and Symphony Chorus will join with the Independence Messiah Choir – more than 250 voices combined – to perform the glorious, choral masterpiece all weekend at the Kauffman Center.

You know what? I lied. Shows do get bigger. Trans-Siberian Orchestra, blending rock and classical music with Vegas-style spectacle, is bringing back one of its most popular revues, “The Ghosts of Christmas Eve.” This year, there’ll be two performances, a matinée and evening show, both on Saturday at Sprint Center.

Oh, there’s more. The Ten Tenors will perform a show called “Home for the Holidays.” The group is described as “Australia’s rock stars of opera,” which makes absolutely no sense, but why quibble? It’s a hugely popular act, having sold some 3.5 million tickets globally despite an ever-changing line-up. While best known for re-imagining rock classics by the likes of Queen and Meat Loaf, this show will offer seasonal fare like, “Joy to the World,” “White Christmas” and “Feliz Navidad.” See them Saturday night at Yardley Hall on the JCCC campus. 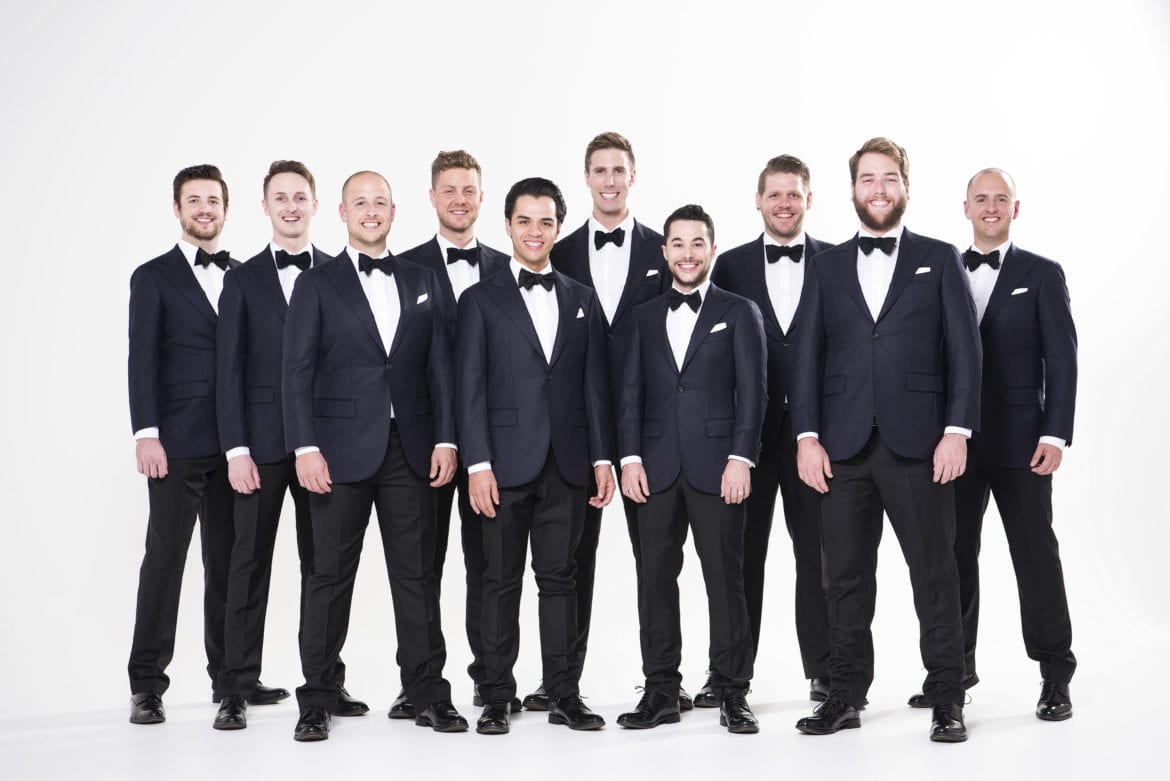 If you like your music really, really old school, see Stile Antico, presented by Friends of Chamber Music Friday at the Cathedral of the Immaculate Conception, they’ll perform a selection of 15th-century German and Flemish Christmas carols. Local chorale, Te Deum, will open with a selection of holiday hymnals.

“Christmas in Song,” presented by Quality Hill Playhouse, is a more modern sound. It’s a blend of traditional and pop, featuring vocalists Lindsey McKee, LeShea Wright, and Vigthor Zophoniasson. Heartland Men’s Chorus should be a fresh take, too. Their show, “Kansas City Christmas: Sassy, Brassy and Classy” is on Saturday night and Sunday afternoon at The Folly.

Pretty much everything theater-related also has a Yuletide theme. “A Christmas Carol” at The Rep is running through December 24. “Rudolph the Red-Nosed Reindeer: The Musical” is at The Coterie through December 31. Plus, absurdly enough, you can still catch that Christmas show about murder, “A Christmas Stalking: The Mystery Train.”

Metropolitan Ensemble Theatre is staging a live reading of the Capra classic, “It’s a Wonderful Life,” in the style of a 1940s radio broadcast. “Sister’s Christmas Catechism,” playing indoors at Starlight Theatre, is billed as a “holiday mystery extravaganza” delving into the enigma of what happened to Magi’s gold. The press release says, “Catholics and heathens of all ages will enjoy this clean comedy.”

There are a couple of exceptions to the Yuletide theater rule. Like Annie, the Broadway classic famed for numbers like “Tomorrow” and “It’s the Hard Knock Life.” See it Thursday night at Yardley Hall. “An Octoroon” at Unicorn Theatre is very, very un-Christmas-y. First performed in 1859, it’s a biting satire of race relations that remains uncomfortably relevant for today. 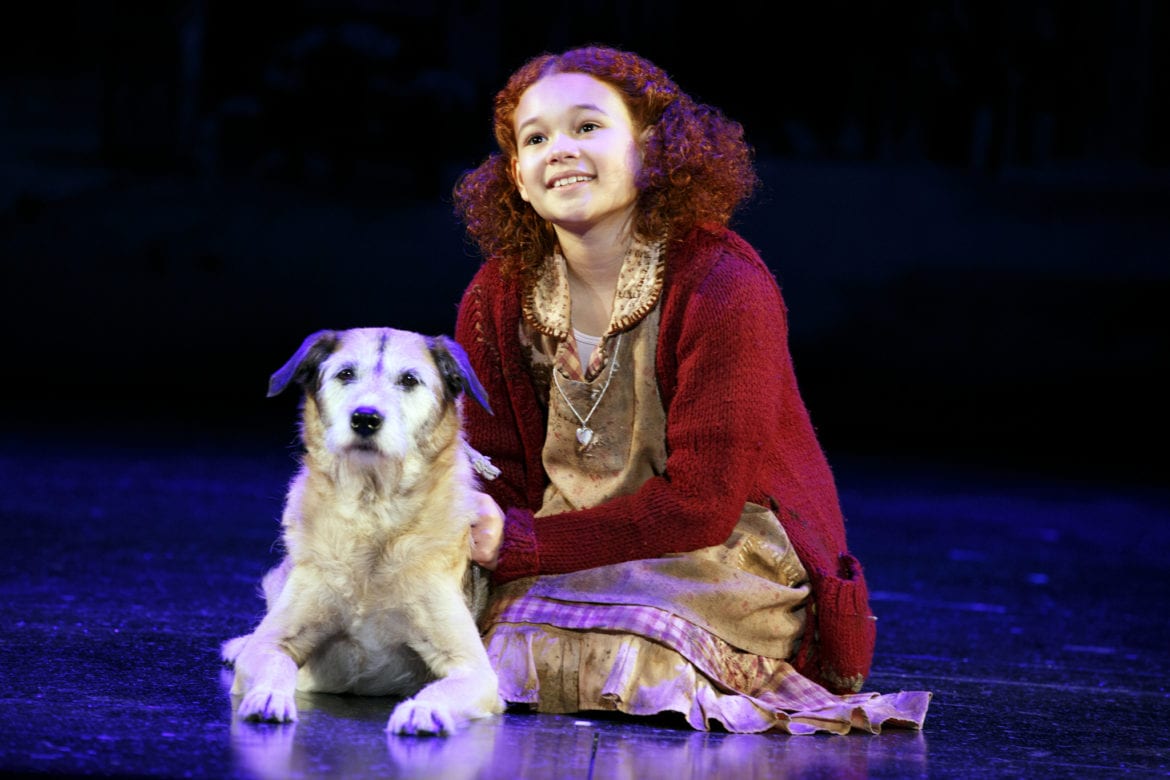 You could even give yourself the gift of comedy. Greg Warren’s character-driven work centers on family – perfect for laughing at the sometimes dysfunctional rituals of being home for the holidays. Warren has been on “Late Night with Seth Meyers” and “The Late Late Show.” See him at the Improv.

Or you can catch a legend at Stanford’s. Forget the usual credits, after decades in show business, Jimmie Walker has been on, like, everything. He’s most famous for playing JJ on “Good Times,” of course, but Walker’s IMBD page reads like a history of modern pop culture. He was on “Rowan & Martin’s Laugh-In” and “The Jack Paar Show,” for goodness sake. He did guest spots on “The Love Boat” and “Fantasy Island,” and he made a ton of appearances on Johnny Carson and David Letterman. Walker even gave Dave one of the his first jobs, hiring him as as a comedy writer. It goes on and on. Catch Walker all weekend at Stanford’s.

Then get ready for yet more Christmas-themed fun stuff – because Kansas City’s cultural calendar next week will have a lot more seasonal cheer.

One thought on “The Weekend Starts Today”