This Man Paved The Way For Lee’s Summit

Learn More About The Man Behind Todd George Parkway 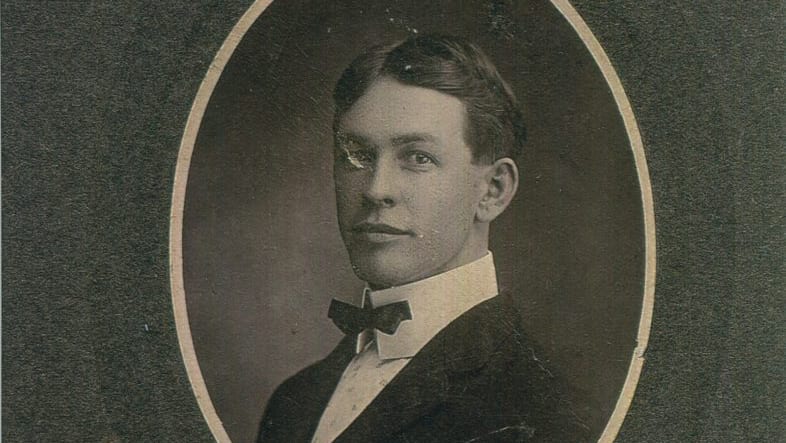 Sponsor Message Become a Flatland sponsor
This resource has been removed permanently.

There are two sorts of people in the world — those who are blissfully uninterested in the origin of street names, and those who are helplessly intrigued by the history behind this most basic feature of public life.When it comes to Todd George Parkway in Lee’s Summit, Missouri, Sam Nau and I are on the opposite sides of the road, so to speak.

I grew up in Lee’s Summit and traveled Todd George frequently without giving the name a second thought. Nau is a St. Louis native who now lives in Lee’s Summit, and Todd George Parkway has piqued his natural curiosity about the history behind place names ever since he moved to the Kansas City area after he got married.

“It has just always been something I wonder about from time to time,” Nau said in an email. “Every name in every place in a city came from someone or something, and the odd ones always make me think there must be at least a small story behind them.”

So, he turned to Flatland and curiousKC to learn more about the man behind the road that snakes its way through Lee’s Summit.

So, here’s the scoop:

Todd Menzies George Sr. was born in Versailles, Kentucky, in 1879. He was one of 10 children.

Key Dates in the Life of Todd Menzies George Sr.

1882: Moves with his family to Lee’s Summit, Missouri

1896: Goes to work in the Kansas City Stockyards at age 17 following his dad’s death

George’s family moved from Kentucky to Lee’s Summit when George was 3 years old, a path not unlike that of another famous Lee’s Summit man, R. A. Long, who built Longview Farm and the home that would ultimately become the Kansas City Museum. It’s unclear what attracted George’s father to Lee’s Summit, but Todd George’s grandson, Kent Dicus, suggested he might have come as part of the same westward migration that drew Long.

Once the family was settled, George’s father founded the Bank of Lee’s Summit, and his mother helped establish what is now known as First Presbyterian Church. George spent the rest of his life in Lee’s Summit, serving several terms as mayor and one term as Jackson County treasurer from 1916 to 1921.

Prior to politics, while in his early 20s, George began a lifelong career in insurance and real estate. He developed properties in Raytown and in his adopted hometown of Lee’s Summit. In fact, if you stand at the corner of Third and Douglas streets in downtown Lee’s Summit today, you will see a plaque that reads “George Bldg 1909” affixed to the building that now houses The Stanley, an event space.

George was truly a man of the people, said Kathy Smith, curator for the Historical Society of Lee’s Summit Museum. “I think he really got out there and wanted to do something for the community and not sit back,” she said.

George and his wife, Florie Andrews George, had five children — four girls and one boy. Their oldest daughter, Hardage Virginia George, died from diptheria at age 12. The family owned property that’s now part of  the Prairie Lee Lake area of Lee’s Summit. Todd George Parkway runs near the area, as does Hardage Circle.

The George family home was at 408 E. Third St. in downtown Lee’s Summit. It houses a CPA firm today. George lived there until his wife passed away in 1952 and his children had moved out.

George had a keen interest in his family history, often reminding his children and grandchildren that they were related to Mary Todd Lincoln. George indulged his interest in the Civil War (his father served with the Confederate army) by participating in battle reenactments.

In George’s later years, he was a dead ringer for Colonel Sanders, the founder of Kentucky Fried Chicken. Usually dressed in a white suit and string bow tie, George handed out dimes and nickels to children as he walked around downtown Lee’s Summit with the help of a cane.

“People would stop by and talk to him,” Dicus said. “I think he was really in his element when people would talk about their families and their connections to Lee’s Summit.”

The origins of just how George came to be memorialized with a road in his name are murky. As best as the Lee’s Summit’s Development Services Department could tell, an initial road built by the Depression-era Works Progress Administration has been named for Todd George ever since the city annexed the portion of land it ran through in 1964.

A sucker for Lee’s Summit and its history, George was proud of his accomplishments. Dicus described his grandfather as a truly self-made man who worked until the day he died at the age of 90.

George’s tombstone can be found in the Lee’s Summit Cemetery, about a mile away from the road that’s named after him.

Correction: The original story has been updated to reflect the correct name of the Depression-era program that financed construction of the road.