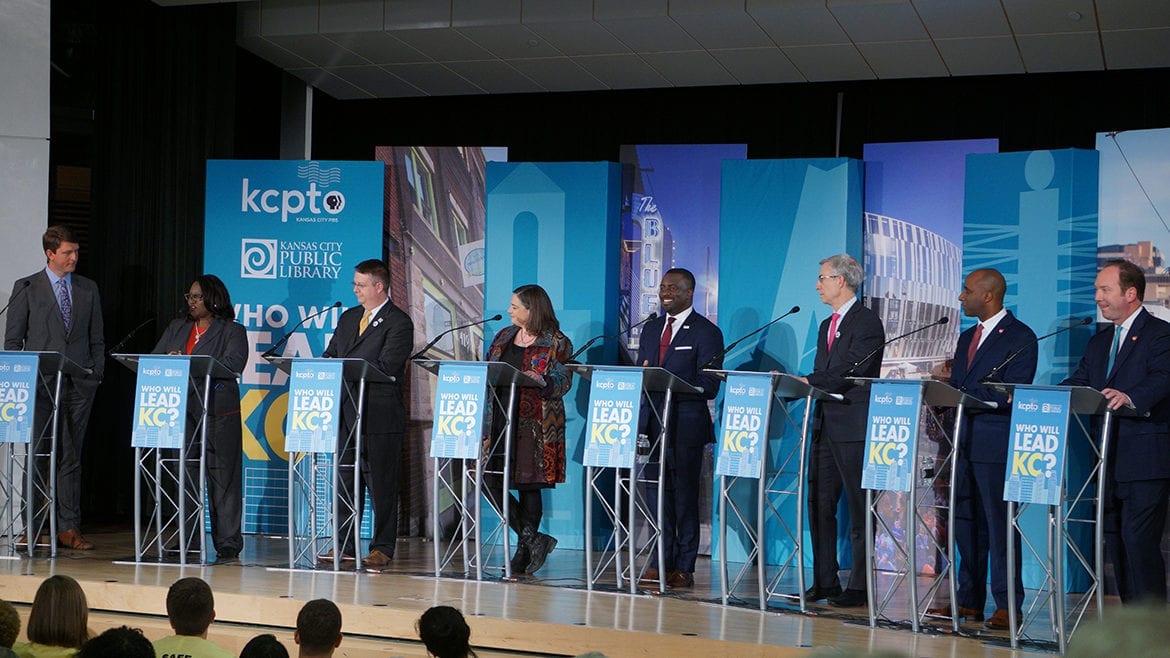 If you were home Wednesday evening enjoying some of your favorite Kansas City PBS programming (we hope!), you are excused for not attending the Kansas City mayoral debate moderated by KCPT’s own Nick Haines. We also understand if you were otherwise indisposed.

Polls indicate a large chunk of the electorate remains undecided going into the April 2 primary. So, Haines has provided a CliffsNotes version of the hour-long debate in the video above.

For fuller coverage of the debate, tune into our Week In Review special, which airs Friday at 7:30 p.m. on KCPT.

Meet An Aim4Peace Worker In KCMO

Meet The Leader Of The Blue Valley Neighborhood Association in KCMO

Tags: Who Will Lead KC?