A different take on cannabis oil 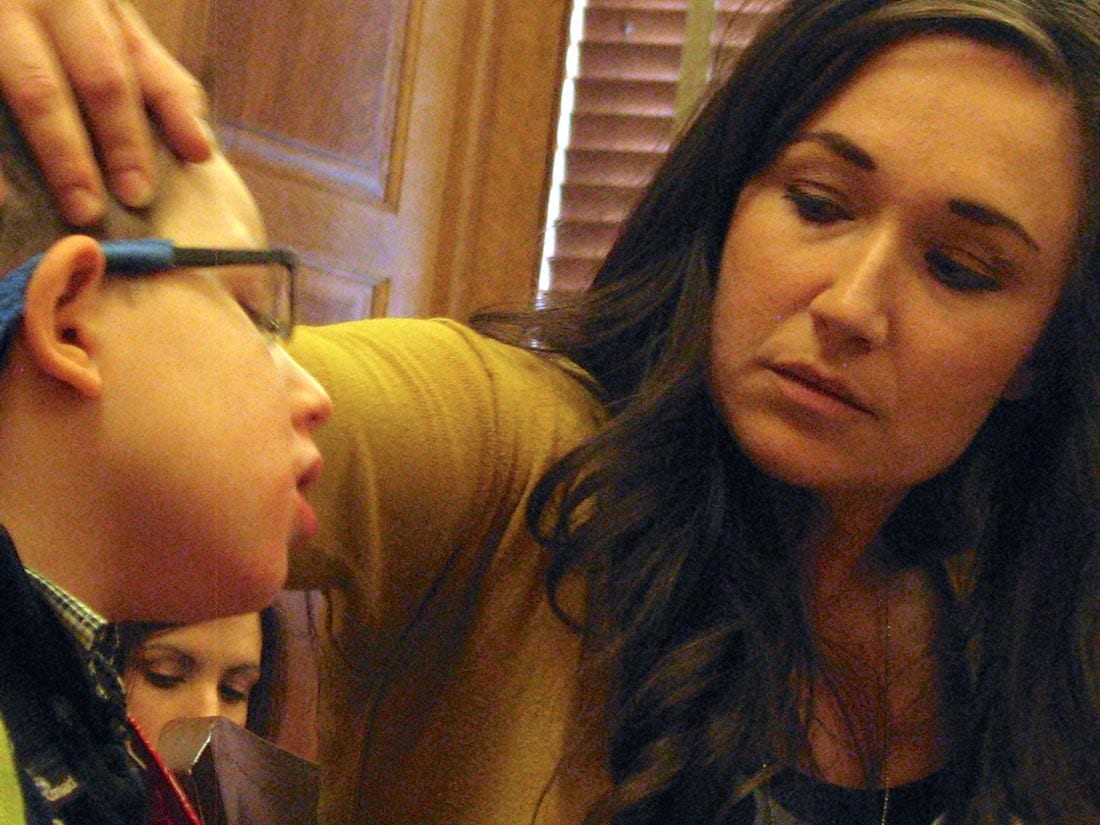 Rep. Kevin Jones interrupted Tuesday’s hearing on House Bill 2282 to question a woman sitting in the front row of the gallery holding her young son.

“I hope it’s not too personal,” Jones said. “But did he just have a seizure?”

Kiley Klug, a resident of the small central Kansas town of Odin, nodded.

Jones, a Republican from Wellsville, told her he watched the entire seizure and found it hard to imagine experiencing it firsthand.

The oil has been legalized recently in other states, including Wisconsin and Missouri, and has shown some promise in reducing some young people’s seizures.

Rep. John Wilson, a Lawrence Democrat who sponsored the bill after meeting one of the families at his church, emphasized one thing to members of the House Health and Human Services Committee.

“I want to stress this bill is wildly different than the two medical marijuana bills in the Legislature right now,” Wilson said.

While other Democrats continue to pursue broad legalization bills that have not advanced in the Republican-dominated Legislature in the past, Wilson’s bill is more narrowly focused.

But it was not restrictive enough for law enforcement and addiction treatment groups that testified in opposition.

“It is not narrowly defined,” said Ed Klumpp, a lobbyist for three police groups. “It is not well-controlled.”

The bill would allow Kansans with documented seizure disorders to access cannabis oil if approved by their doctor. Regulations would stipulate that the plants used to make the oil would have so little THC as to have basically no intoxicating effect.

One proponent compared it to the difference between a full-strength beer and a non-alcoholic beer.

“So if you smoked it like crazy, no effect?” asked Rep. Bud Estes, a Republican from Dodge City.

Rep. Scott Schwab, a Republican from Olathe, said he had concerns about the practicality of regulating the cannabis grown to produce the oil to ensure it stays below 3 percent THC.

Wilson said the bill would require the plants to be grown at the same site where the oil is produced and require cultivators to submit their plants to the Kansas Department of Health and Environment for regular testing by a third party.

The costs of those tests would be defrayed by a fee assessed on the oil producers.

Klumpp said lawmakers should stick to that process, rather than creating a class of medications allowed to circumvent it.

He and a representative of the Kansas Association of Addiction Professionals said HB 2282 could carry unintended consequences and open the floodgates for full medical marijuana legalization, which several of its supporters admitted they would like to see.

Klumpp said the bill gave too much latitude to the secretary of KDHE to go down that path without legislative approval.

After the hearing, Wilson disputed that, saying that the secretary could not use the rules and regulations process to change the 3 percent THC limit or the restriction to the treatment of seizure disorders.

Klumpp said he feared creating an environment like that in Colorado, where full legalization of recreational marijuana has led to myriad problems, including hospitalizations of those who ingest too much edible pot.

“Edibles was a huge, huge problem in Colorado,” Klumpp said.

The Kansas Health Institute presented neutral testimony on data from other states that had passed medical marijuana laws, including the 10 with “restrictive” laws like a cannabis-oil only bill.

Data compiled in the KHI analysis showed no increase in youth consumption of marijuana except in Colorado, and crime rates remained unchanged or decreased in all but one state, Vermont.

The data showed an increase in marijuana-related traffic fatalities in seven of 13 states studied, but analysts warned that could be due to more diligent post-crash testing for marijuana in states that have legalized it.

Wilson said he thought Tuesday’s hearing went well and he would be eager to see if the bill could clear committee — something no medical marijuana bill has done in the Kansas Legislature.

Editor’s note: KHI News Service is affiliated with but editorially independent of the Kansas Health Institute.