The end of a drought for KCMO ‘food desert’? 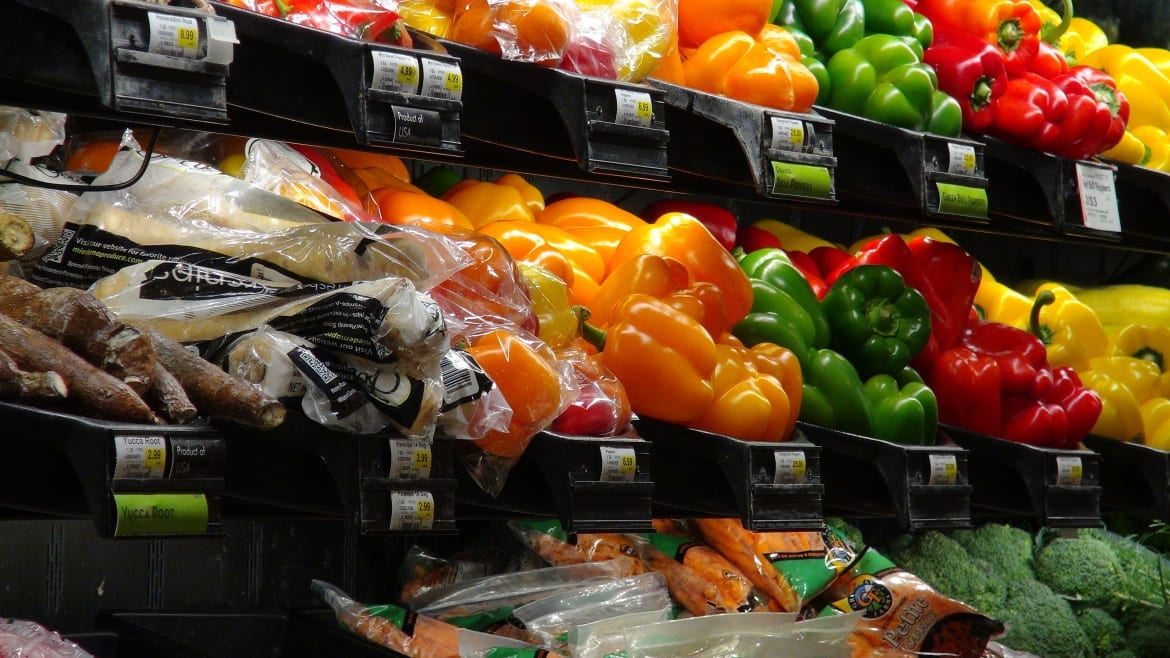 Healthy foods are on the agenda for a new Food Policy Council in Johnson County. (Photo: Mike Sherry | Flatland)
Share this story

Residents living just south of downtown Kansas City, Missouri, might get a grocery store after all.

Truman Medical Centers disappointed people in and around the Beacon Hill and Longfellow neighborhoods when, in mid-2015, it nixed plans to build a supermarket on the northeast corner of 27th Street and Troost Avenue. The project had been in the works for about four years.

But now there’s a chance that a market might go in after all, part of a redevelopment plan for that intersection. The plan is expected to go to the city’s Land Clearance for Redevelopment Authority (LCRA) for approval later this month.

The city, along with other partners, is reviewing five general proposals for a mix of residential and commercial uses on the three corners that remain undeveloped. The northwest corner already has housing.

One of the proposals specifically mentions a market, and the five members of the Three Corners RFP Review Committee are hopeful they can nudge some of the other developers in that direction.

“Ultimately that is not going to be the deciding factor, I’m sure, in terms of who is chosen or what the development is,” said committee member Randy Kietzman, an architect and Beacon Hill resident. “But, I think it becomes an important factor in the process.”

The city shares that goal, said Shawn Hughes, who sits on the review committee as a development specialist with the Planning and Development Department.

“Of course the city would love to see a grocery store there,” he said, adding that’s why it supported the Truman plan.

The committee will interview the five applicants on Friday and hopes to make a recommendation to the redevelopment authority next week. Construction around the intersection could start in about a year.

Truman’s vision was to build a roughly 35,000-square-foot grocery store on the northeast corner, a project with a price tag of about $14 million.

Truman intended its store to be an oasis for urban residents living in “food deserts,” an official designation from the U.S. Department of Agriculture’s Economic Research Service that measures proximity to supermarkets.

A more general definition of a food desert said an urban area qualifies if it is more than one mile away from a supermarket. The USDA also has a more complex calculation that takes into account vehicle access to supermarkets in low-income neighborhoods.

Truman’s plan for the store was not only to provide healthy options for underserved communities but to make the market a health hub, where residents could learn about cooking and nutrition. The aim was to help reduce the incidence of conditions like diabetes and heart disease that can result from a poor diet and lack of exercise.

Fundraising for the project, however, proved challenging, said Truman CEO Charlie Shields. He said leaders of the organization were also concerned that the move could imperil the finances of the health system if the supermarket struggled to cover costs.

Had the stars aligned differently, Kansas City might now be celebrating like residents of the UpTown neighborhood in Toledo, Ohio.

Two months ago, that food desert welcomed the opening of Market on the Green, an initiative of ProMedica, a nonprofit health system serving  northwest Ohio and southeast Michigan.

The system benefited from the availability of an abandoned four-story building donated by the city and from a $1.5 million gift from philanthropist Russ Ebeid.

Housed in about 5,000 square feet of ground-floor space, the market is part of ProMedica’s Ebeid Institute for Population Health.

And just as Truman envisioned, ProMedica is already making plans to outfit some of the additional space with a demonstration kitchen. Future plans call for services like financial literacy classes, health screenings, and job training.

Even with its good fortune, ProMedica had to work through some “learning lessons” in getting into the grocery store business, said Ebeid Institute Manager Ronata Robinson.

The system ended up hiring its own management when the plan to have an experienced grocery operator run the store ran aground when the operator insisted the store needed to stock junk food, liquor, and lottery tickets to make money.

Robinson credits the health system for backing the initiative no matter what hurdles arose.

The message, was this: “We support you. Let’s get it off the ground, let’s do what we said we are going to do, and then we will look at it and see where we are in time,” she said.

The script played out differently in Kansas City, and Truman’s decision not to move forward upset critics like Kansas City Councilman Jermaine Reed.

Reed took issue with the health system’s argument that it did not want its grocery store to jeopardize a city plan to open a Sun Fresh nearby at 31st Street and Linwood Boulevard.

Reed said Truman had always known about the city’s plans and that it was wrong to assume there would not be enough business to support two full-service grocery stores close to one another in the urban core.

Kietzman, the member of the Three Corners review committee, offered an alternative view.

He said the smaller market now being contemplated probably fits better with the pedestrian-friendly streetscape envisioned for 27th and Troost.

The idea is to have something like an old-fashioned neighborhood market, where shoppers can buy staples and fresh food, rather than a suburban-style mega-mart.

“Frankly, I think something smaller would be more fitting of the character we are trying to create in Beacon Hill,” Kietzman said. “The big, full-service grocery store has a huge parking lot and all this concrete and asphalt. We don’t really need all that. We need something on a smaller scale.”

— Mike Sherry is a member of the Heartland Health Monitor team, a reporting collaboration among KCUR, KCPT, KHI News Service and Kansas Public Radio. Reach him at msherry@kcpt.org.