Slice, Dice, Chop Or Julienne: Does The Cut Change The Flavor? 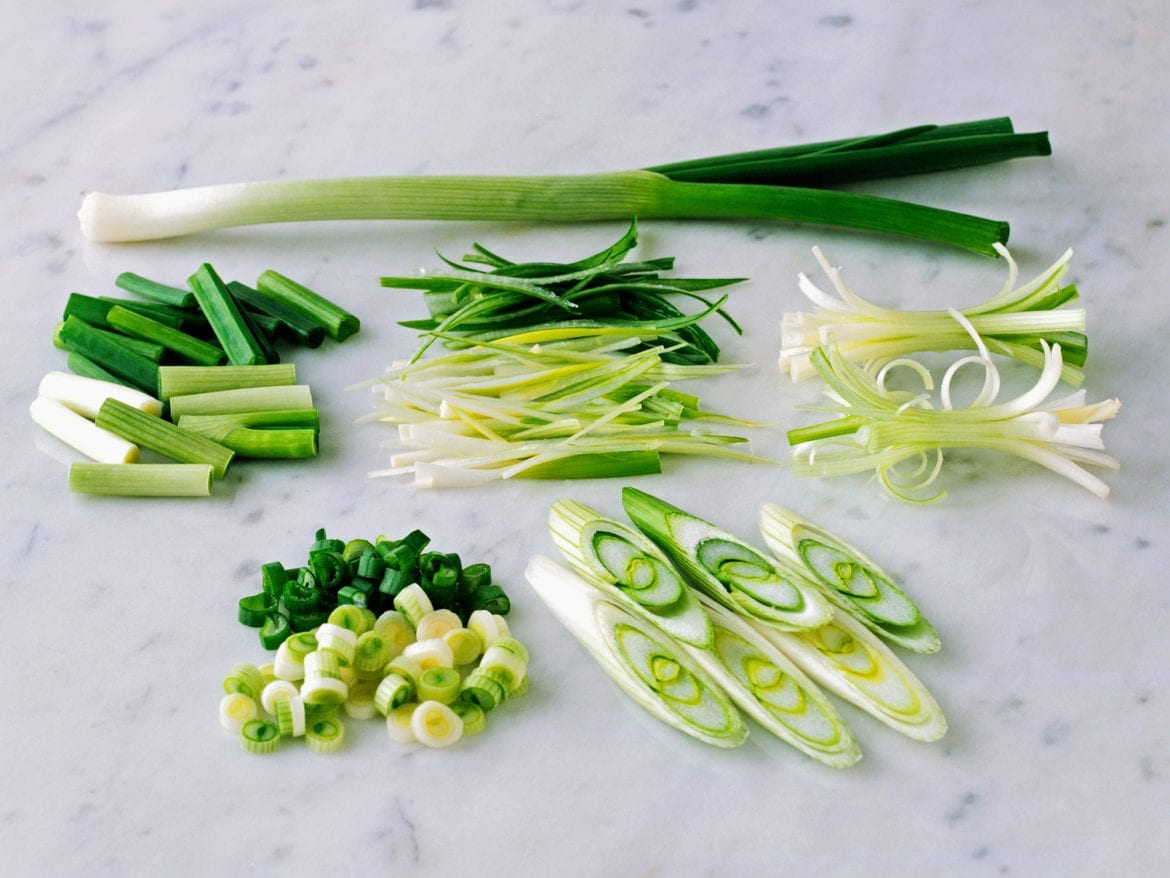 Flavor really does depend on how you slice it, experts tell us — though the reasons why are complicated. (Photo: Paul Williams)
Share this story

The food processor is, for me, hugely disappointing. Before owning one, I used to see them looking all shiny and powerful in the department store, and I’d fantasize about never chopping a vegetable by hand again. I failed to consider that cookbook authors have particular ideas about how each ingredient should be prepped. The food processor, no matter how many blades it may come with, often doesn’t cut it.

Take this recipe for lettuce wraps with hoisin-peanut sauce. It’s one of my go-to meals. To pull it off correctly, I’m instructed to mince the shallot, thinly slice the green onions, chop the cilantro, grate the ginger, and cut the cucumbers and carrots into matchsticks. Sheesh. I’d really rather just throw the ingredients in the food processor and move on. I’ve often wondered whether all this attention to the size and geometry of my produce cuts really matters.

To find out, I spoke with food experts about whether slicing, dicing, julienning, or any of the myriad cutting techniques affect flavor. The general consensus: Yes!

“We actually teach that right from the beginning — that cuts add different palatability,” says Brendan Walsh, dean of culinary arts at the Culinary Institute of America.

But the reasons that a particular cut affects flavor are complicated, and sometimes mysterious even to restaurant critics, chefs and food scientists.

According to Leslie Brenner, restaurant critic for The Dallas Morning News and a cook and blogger for her own site, Cooks Without Borders, cutting is important because surface area can affect the flavor of vegetables.

“The cooking method is going to penetrate more finely cut vegetables more. You’re going to get more of a reaction,” she explains. She offers up okra as an example. “I cut them in half vertically and grill both sides, which gives them this wonderful charry flavor.” She says the charred taste is enhanced by the increase in surface area created by the lengthwise cut. More finely cut vegetables will react more with other ingredients in a dish, like butter, salt or a marinade, she says.

But Pete Snaith, cooking and knife skills instructor and co-founder of Culinaria Cooking School in Vienna, Va., believes that the cut doesn’t affect flavor so much as cooking time. “If you are going to add carrots to a dish, if you cut them smaller like a brunoise, which is 1/8 by 1/8 by 1/8 of an inch, and put them in at the end of the cooking process, they’ll cook very quickly,” he explains. Snaith also says that the cut affects texture, which some food experts believe affects flavor — or at least our perception of flavor.

“If you put a vegetable that is more rounded in your mouth, your mind is generally going to be thinking about something that has more of a succulence to it,” says Walsh. “Something cut in squares is going to be a little bit more toothsome, with a jagged edge, and will give the impression of something rugged or tough. Your mind will think something is flavorful if it is smoother.”

Bill Fuller, corporate chef for the Pittsburgh-based big Burrito Restaurant Group (bBRG), agrees. “Flavor is the taste of what is in your mouth, but it is also partly textural,” he says. “If you slice a radish really thin, you just get the flavor without the snap pop crunch, which is really an important part of the radish.”

Aroma also contributes to flavor, and Fuller believes different cuts can make certain fruits and vegetables smell differently. “With a tomato, if you slice it and spread the slices out on a plate, you’re going to get a lot more of the tomato smell than if it’s quartered and piled up,” he says. “So you’re getting a lot of tomato aroma when you eat. I think a wedge of tomato doesn’t taste nearly as good as a slice of tomato.”

Food scientists study exactly that phenomenon. “Every different type of produce is different in terms of the chemistry and how it responds to cutting or crushing,” explains Charles Forney, a physiologist for Agriculture and Agri-Food Canada who studies how produce changes after it’s harvested.

Forney says that as you cut a tomato, you break open cells that release an enzyme. This enzyme triggers a chemical reaction that produces much of the aroma we associate with freshly cut tomatoes. Forney refers to this aroma as the tomato’s “green notes” and says that a similar reaction occurs in freshly cut grass. The more thinly you slice a tomato, the more enzymes you release, and the more of these green notes you get.

We also kick-start chemical processes when we cut broccoli, cauliflower and cabbage. The enzymes released when we slice these veggies start a reaction that produces compounds that contain sulfur. These sulfur compounds create the pungent, burning sensation you get when you eat some cabbages. The more you cut the veggie, the more compounds are produced.

Without enzymes, onions and garlic also wouldn’t be nearly as flavorful. “If you cut an onion or garlic, you release an enzyme called alliinase that produces the typical pungency or onion or garlic aroma, which really isn’t there when it’s intact,” explains Forney. “The enzymatic reaction forms the flavor — so the more finely it’s cut, the more flavor that will be released.”

So it seems that I really do need to follow each recipe’s detailed demands for precisely cut produce. For many vegetables and fruits, the cut does make the flavor. Cuts affect cooking process, texture and aroma — and perhaps something even less tangible.

“We’ve gone beyond the point of where we think about food as just something that your taste buds pick up,” explains Walsh. “When we talk about cuts, we think about how that ultimately is going to make dishes that are going to have appeal. Inside a kitchen, chefs will talk about a sexy quality to flavor or texture. That is something that cuts can do. They add that sexy quality.”