Why Scientists Are Falling For A Blind, Albino, Binge-Eating Cavefish 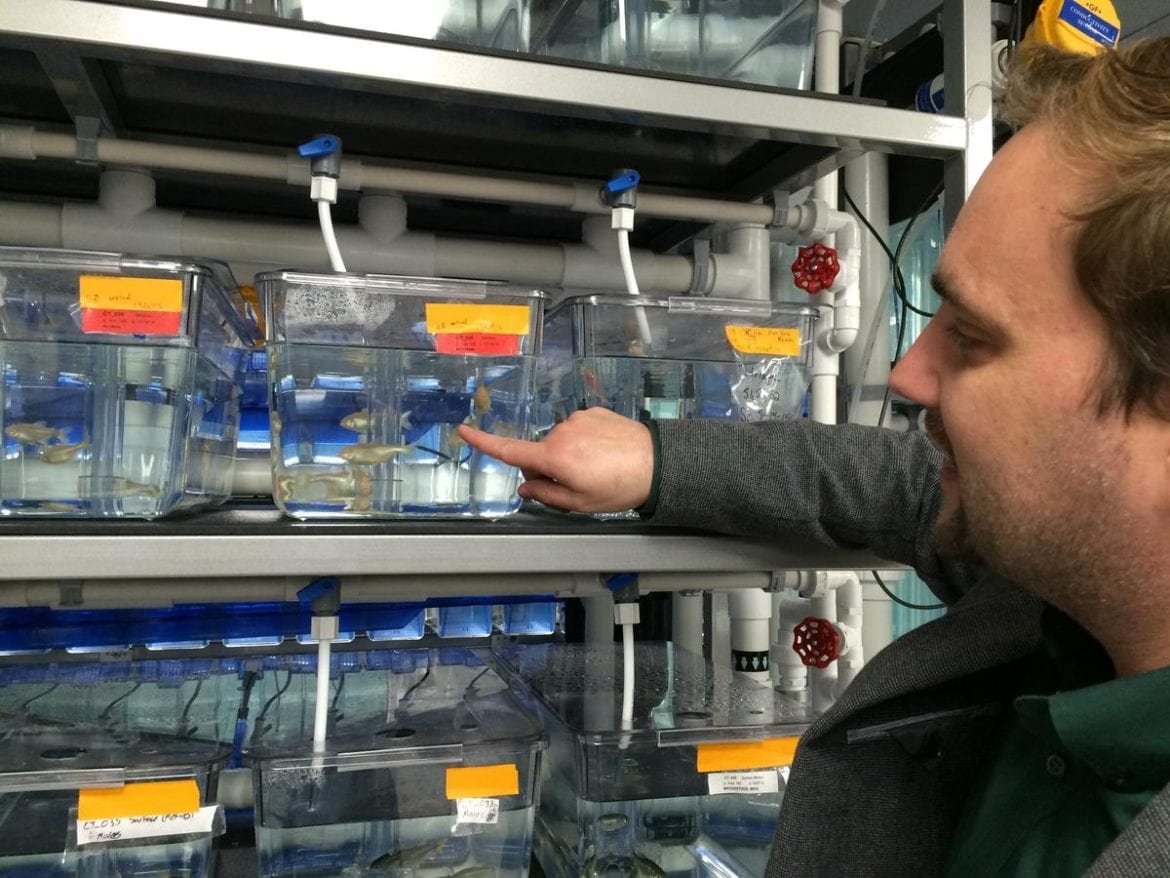 Researcher Nicolas Rohner gets to know the several dozen Mexican cavefish that recently made their home at the Stowers Institute for Medical Research. Scientists have started studying the Mexican cavefish for insight into human metabolism. (Photo: Alex Smith | KCUR)
Share this story

Bob Caviar has seen his share of heavy eaters.

He’s the owner of Papa Bob’s Bar-B-Que in Kansas City, Kansas, and the creator of a sandwich he’s christened “The Ultimate Destroyer.”

“This wasn’t designed as a challenge,” Caviar says. “It was really designed to feed families.”

But the football-sized sandwich, which contains four and a half pounds of meat, has turned out to be irresistible to eaters with something to prove.

Though many heed the call, the years have shown it takes a rare breed to conquer the Ultimate Destroyer.

“Three hundred and fifty people have tried the challenge,” Caviar says. “We’ve had five people that have actually finished it.”

Even the mightiest of human eaters, however, have nothing on the newest residents of the Stowers Institute for Medical Research.

The Kansas City-based institute recently built a new lab to study the Astyanax mexicanus, or Mexican cavefish. It’s one of a number of nontraditional research organisms that are inspiring scientists to embark in new directions. The cavefish is the subject of research as wide-ranging as eyesight, skin pigmentation and, at Stowers, metabolism.

Swimming in tiny tanks at Stowers, the dozens of newly arrived cavefish are no aquatic beauties. They’re dull pink in coloration, have mere traces of eyes and sport what look like paunches.

Their unusual appearance is the result of a strange evolutionary path that scientists think may have begun a million or more years ago in southern and central Mexico, when floods swept river fish into caves, leaving them stranded.

“They had to adapt to this really extreme environment, without light. You can’t even see your food,” says Stowers researcher Nicolas Rohner.

Rohner, who grew up in Germany, joined the Stowers faculty in the fall of 2015 after working as a researcher at Harvard Medical School.

He says the unlucky fish didn’t have much of a choice: either adapt to living in a nearly barren environment or disappear.

So they evolved to become tiny survival machines. But it came at a cost.

“They lost then a lot of traits that they don’t need anymore,” Rohner says. “They lost their eyes because they are useless in this complete dark environment. They lost pigmentation; that’s also no longer helpful.”

Scientists think these cavefish get no more than a handful of chances to eat in a year, when seasonal flooding washes food into their caves.

Their entire existence depends on these rare windfalls, and when they occur, the fish take full advantage.

“The fish will eat as much as possible and as quickly as possible to gain as much fat reserves for the future,” Rohner says.

To survive months without food, the fish may eat as much as their own body weight during the floods. That leaves its mark on their bodies. They show signs that might indicate severe disease in humans.

“Symptoms like diabetes, or at least similar blood glucose profile like a diabetic patient, or fatty livers that are reminiscent of non-alcoholic fatty liver disease,” Rohner says.

But unlike a person who’s in the habit of eating, say, football-sized barbecue sandwiches, cavefish don’t get sick or suffer from metabolic disease.

Rohner thinks that, somewhere during their evolution, the fish may have developed a way to prevent these diseases from occurring.

The unique research possibilities offered by the Mexican cavefish and other organisms have led many researchers like Jessica Bolker, a biology professor at the University of New Hampshire, to call for greater variety in the organisms researchers use for research.

“Biology’s complicated and it’s diverse,” Bolker says. “We can see more of that diversity and study it if we look at a wider range of models.”

For decades, scientific research has been dominated by a small group of organisms, such as mice, zebrafish and fruit flies, largely because they are easy to take care of and are well-understood by scientists. 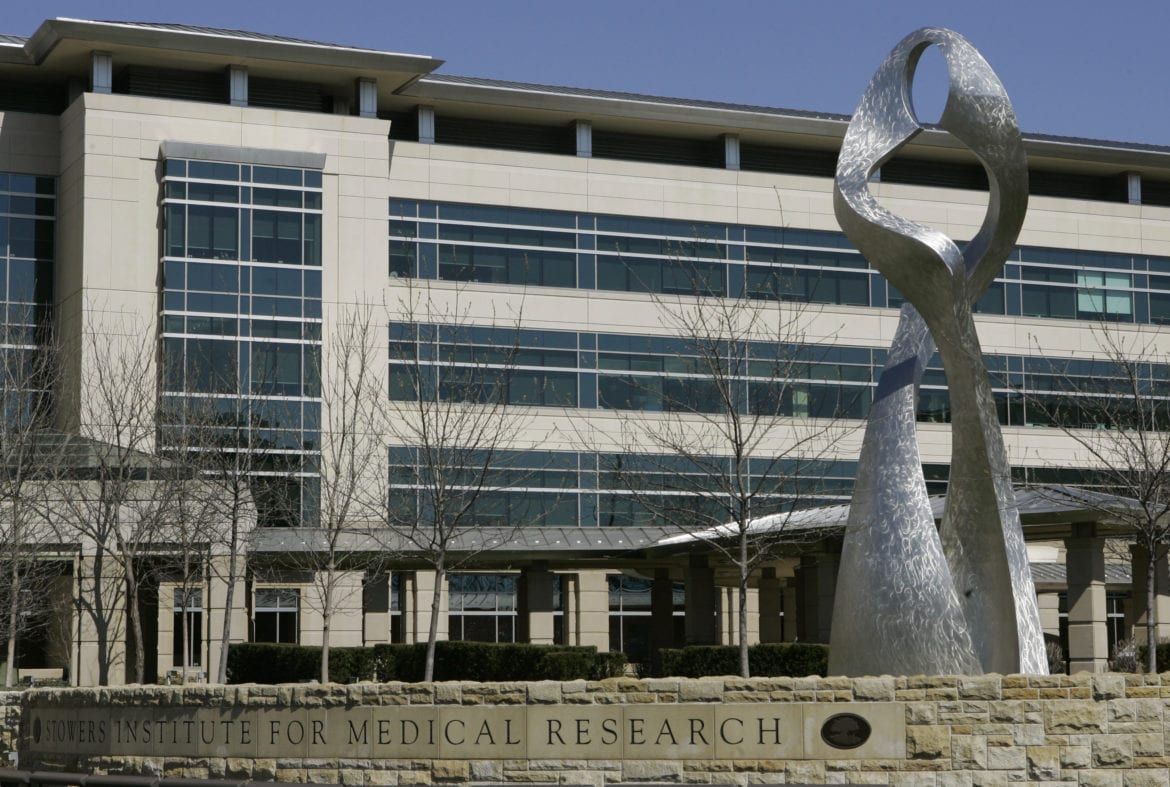 But Bolker says that other organisms provide unique – and much-needed – ways of understanding specific biological systems.

In addition to metabolism, the blind, albino Mexican cavefish is particularly suited to helping researchers understand eyesight and skin pigmentation.

“Different kinds of research questions are more or less accessible in different models, and by limiting the set of models, we may be limiting what we can be able to study really effectively,” Bolker says.

The Mexican cavefish is an especially useful subject because the river fish from which it evolved remains relatively unchanged since the two diverged. By comparing the two, scientists can understand specifically how evolution altered the genetics of the cavefish.

Thanks in part to improvements in genetic sequencing in recent years, more and more researchers have been turning to organisms like the western clawed frog, the tammar wallaby and the Mexican walking fish.

Bolker says the use of emerging model organisms is still hindered, however, by habit, unfamiliarity and many research funders still favoring old standbys.

That leaves many adventurous researchers feeling like they’re starting from scratch.

“If you’re going to go off and work on something different, you have to figure out how to make it work in the lab, or alternatively, how to be able to do the kind of sampling and get the kinds of information you need in the field,” Bolker says.

Cavefish research and articles have exploded in number in the past few years, and a textbook on the species, “Biology and Evolution of the Mexican Cavefish,” was published in October.

For his part, Nicholas Rohner hopes the genetic mechanisms that keep cavefish healthy despite their epicurean eating habits might lead to therapy for humans that will prevent metabolic diseases from developing, whether they’re the byproducts of genetics, lack of exercise or, for that matter, barbecue.

— Alex Smith is a reporter for KCUR, a partner in the Heartland Health Monitor team. You can reach him on Twitter @AlexSmithKCUR.

How 'organic' are organic fish?