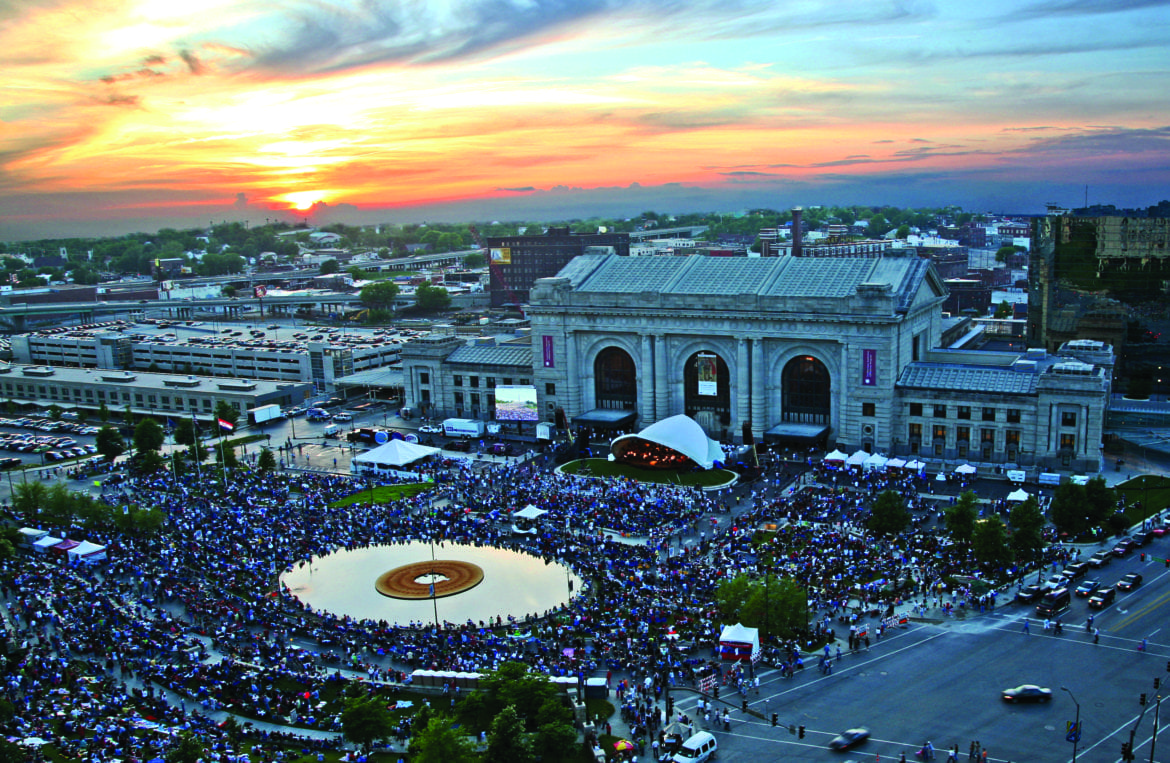 Memorial Day is about more than getting an extra day off. The holiday is ostensibly about remembering those we have lost. This weekend in Kansas City, the holiday also is going to be about staying dry. Still. Seemingly forever. Could someone please build the city an ark?

Unless, of course, you want to get wet. Memorial Day is the unofficial start of summer, and school is out around the city. (Cue: Alice Cooper.) That means the kids will need stuff to do. Not coincidentally, our two, major local water parks — Schlitterbahn in Kansas and Oceans of Fun on the Missouri side — open this weekend.

If your kids are arts-oriented, get to the Nelson-Atkins Museum of Art. This weekend is your last chance to see Reflecting Class in the Age of Rembrandt and Vermeer, which closes May 29. If the young ones are more science types, try two exhibits about how humans work. The Museum at Prairiefire has a show called Brain: The Inside Story. At Union Station, you can catch Body Worlds & The Cycle of Life.

If the kids like musical theater, or if you do, Matilda, The Musical makes its first-ever stop in KC. Based on a children’s book by Roald Dahl, the show won five 2013 Tony Awards, including Best Book of a Musical. The show is at Starlight, so be sure to bring an umbrella.

The Royals are suddenly resurgent, looking like their 2015 selves, and host division rival Chicago all weekend at The K. Go on Friday night, and you’ll free fireworks after the game. Assuming, of course, it doesn’t rain. 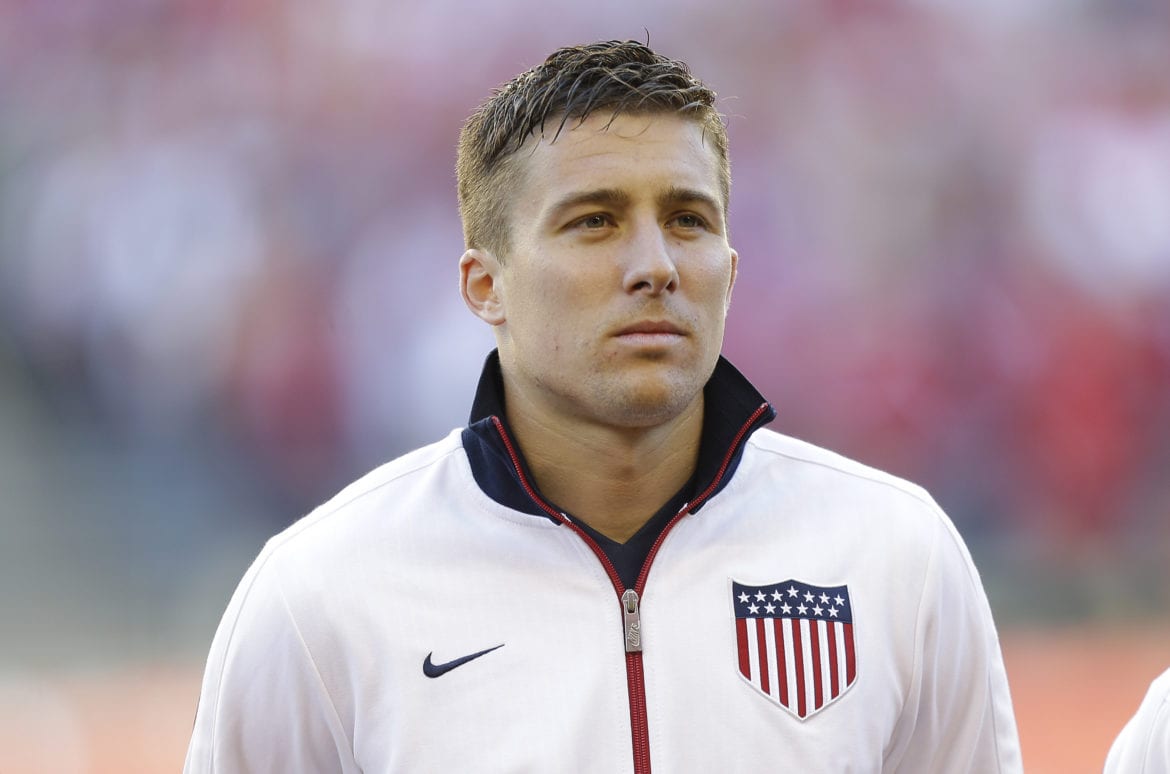 There’s no bigger sporting event in town this weekend than the U.S. Men’s National Team hosting a friendly against Bolivia. The USMNT will visit Children’s Mercy Park on Saturday night for a final tune-up against the South American nation before hosting the Copa America Centenario. Sporting KC defender Matt Besler and winger Graham Zusi, recently named to the USMNT final roster, will be helping to hype up the home side. If, of course, it’s dry.

If your weekend really does start today, go see Krystle Warren on the Johnson County Community College campus. The KC-born, Paris-based, silky-smooth singer blends Nina Simone and Ricki Lee Jones. You also can catch Bloc Party at the Madrid Theatre or a free show from Nada Surf (registration required) outdoors at the Crossroads. Check the weather report first, lest you find yourself actually surfing.

If your weekend starts tomorrow, Thursday night, KC’s best-known rap act, the great Tech N9ne, performs at Power & Light. The show features a full bill of other artists on Tech’s Strange Music label, including Krizz Kaliko, Rittz and Stevie Stone. Tickets are $15 in advance, $25 at the door. Or maybe you like rock more than rap. In that case, go see indie rock duo The Kills at The Midland.

If your weekend starts on Friday, like a normal person, see country juggernaut Zac Brown Band perform at Sprint Center, a stop on Zac’s “Black Out The Sun Tour.” Special guest Drake White and the Big Fire will open the show. The “Big Fire,” one assumes, is only metaphorical.

Also on Friday night, Afentra’s Prom is at The Midland. The free, 21-and-over show features hard, hard rocker and advice-giving party genius, Andrew W.K. He’ll be supported by Dreamers, The Young Wild and The Sluts. If you like keyboards and computers more than guitars, catch the Swedish electronica duo Galantis at the Uptown Theater.

“Don’t Stop Believing” is always good advice. Unless you’re over 30 and, like, still believe in Santa Claus. Saturday night, Journey, sans Steve Perry, will play that credulous classic and many more hits at Sprint Center. The Doobie Brothers and Dave Mason add support.

For music on a more intimate scale, check out the extraordinary Westport Roots Festival. This three-day festival features an absolute onslaught of talent, including more than 60 acts, about half of them national. Expect bluegrass, outlaw country, psychobilly and cowpunk, all on six stages throughout the drinking district. Highlights include the legendary Dale Watson on Friday night and a Sunday show with Mountain Sprout.

The Bank of America Celebration at the Station has become a Memorial Day classic. Beginning Sunday at 8 p.m., Aram Demirjian will lead the Kansas City Symphony in a two-hour concert that includes patriotic, militaristic favorites, such as the “The Stars and Stripes Forever” and Tchaikovsky’s “1812 Overture.” Special guests nod to our local flavor, with jazz saxophonist Bobby Watson and vocalist Kevin Mahogany. The concert culminates, of course, with fireworks. All of this, like almost everything else, assumes that it won’t be raining.

You might know John Hinton from shows like “Living Single” and “The Hughleys.” Then again, you might not. Either way, you can catch Hinton’s smooth comedy stylings all weekend at the KC Improv. You almost certainly won’t know Chad Thornsberry. The former schoolteacher hasn’t been on TV much, so you’ll just have to see him live at Stanford’s. It beats staying home to watch the rain.

— Hampton Stevens writes about the arts and entertainment for local and national publications. Follow him on Twitter @HamptonStevens.