We are Royal. Bring on the confetti. 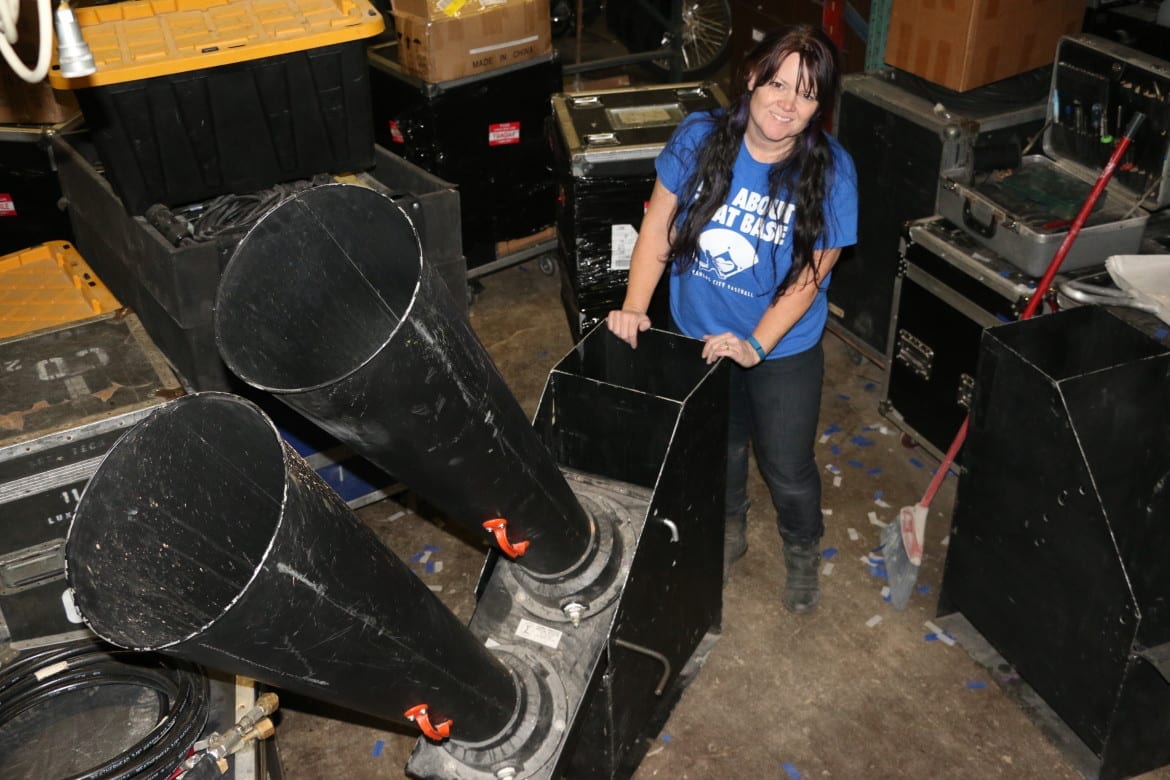 Rebecca Sprang, co-owner of FX Visual, displays one of the 16 confetti cannons that will blast 500 pounds of blue and white confetti onto the Royals parade Tuesday. (Photo: Daniel Boothe | Flatland)
Share this story

Kansas City is ready to party.

The Royals are the 2015 World Champions, and it seems like the entire town has shut down to celebrate what might be this generation’s World Series parade. There will be Royals. There will be fans. There will be a 2.3 mile parade route that stretches from the Sprint Center through the heart of downtown Kansas City and winds back south to Union Station. And, floating gloriously above the fans and the parade, there will be confetti.

Confetti is a parade staple that, according to historians, began in New York City after the Statue of Liberty was unveiled in 1886, for a parade that marched up Broadway to mark the occasion. At that time, ticker tape, used then to monitor stock prices, was transformed into confetti during the parade. In this way, the “ticker tape” parade was born.

But times have changed for confetti, and perhaps for the better.

Even in Kansas City’s 1985 World Series parade, the confetti used back then was made up of shredded, tractor-fed computer printouts that apparently came from banks, city offices and other businesses, according to a Kansas City Star article last year by Steve Paul. Paul reported that in all of the excitement, revelers threw bushels of paper out of the windows of KC skyscrapers, and covering the downtown parade route in paper. Some of that paper got caught underneath a number of vehicles and caused at least three fires, one of them involving a parade car carrying Royals Hall of Famer Willie Wilson.

Thirty years later, confetti is no longer a spontaneous safety hazard wrought by over-excited fans. It’s an official celebration marker with its own policies, regulations and biodegradable science.

Gone are the old days of people tossing shredded paper from 10 stories up. Today, the confetti that rains down on the Kansas City Royals World Series Championship parade has been crafted out of a non-flammable tissue paper. It will be blasted into the sky using 16 confetti cannons strategically placed along the parade route, creating a more sophisticated – and, thankfully, a more controlled – confetti experience for parade-goers.

The confetti will shoot “about 75-100 feet in the air,” says Larry Sprang.

Sprang is the co-owner of Visual FX, a local company that was hired by city officials to design, craft, map and manage all things confetti as part of Tuesday’s celebration.

Here’s how it works: The cannons are about six feet tall and have dual barrels which are equipped with CO2 canisters. The confetti is placed in a rectangular container in the back, and is shot out of the top canister. The C02 is then blasted out of the bottom canister launching the confetti into the atmosphere.  As long as there is CO2 left in the tanks, the cannons can be reloaded and fired repeatedly.

Once the confetti ascends upward, Sprang says it hovers and floats in the sky for a while, creating a snow-globe effect.

“The paper is very light, so once it is in the air it floats around a long time,” says Sprang. “As far as the color, of course, we went with blue and white in honor of the Royals,” he said. 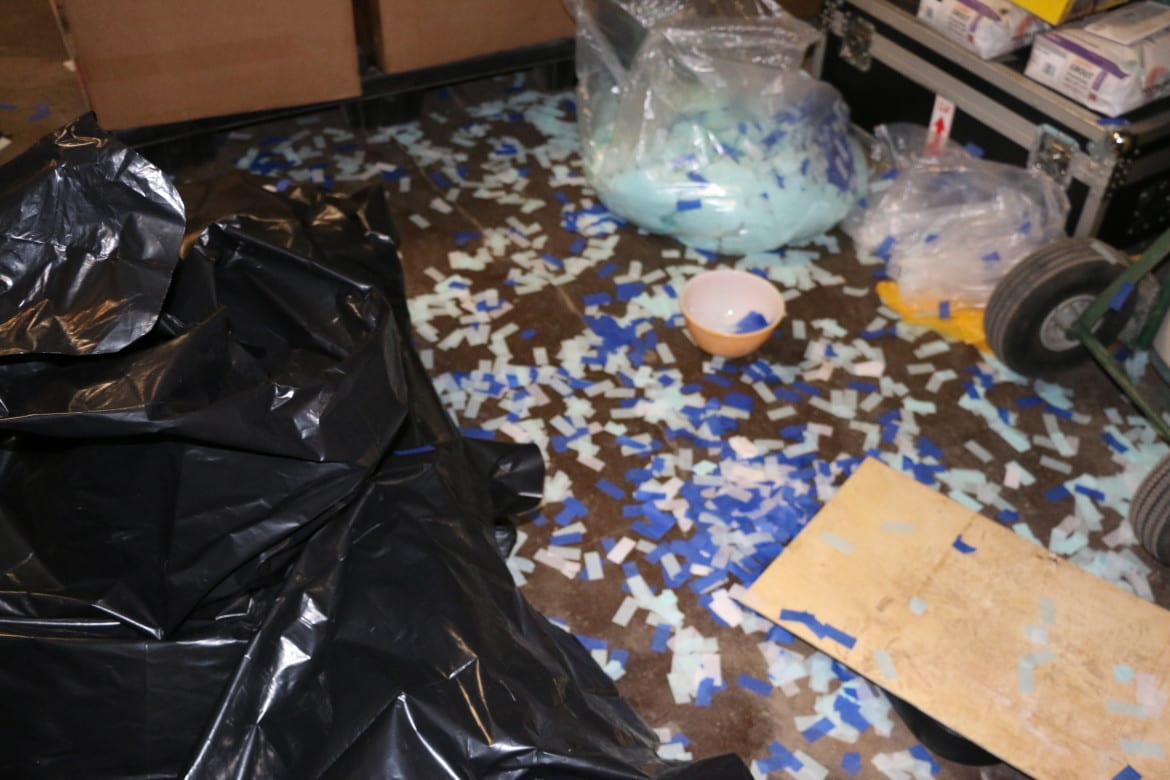 Sprang says Visual FX is planning on catapulting 400 pounds of confetti along the parade route, and an additional 100 pounds at Union Station for the official ceremony.

And who cleans up the mess once the party is over?

That task is left to the Kansas City Department of Public Works, who did not immediately return inquiries about the challenges of dealing with 500 pounds of tissue after the cannons have been put away and the partiers have gone home.

But whatever the clean-up operations involve, it’s likely to be an easier job than the one that followed Kansas City’s 1985 parade. Sprang says that, unlike the shredded computer paper used then, the confetti Visual FX will use Tuesday disintegrates in the rain. And with an 80 percent chance of thunderstorms in Kansas City Thursday night, city Public Works officials might get a little help from Mother Nature. (There is also the hope that the clean-up might be just a little bit easier for the workers knowing that the Kansas City Royals are World Series Champions.)

For Visual FX, Sprang says the win and its celebration is a dream come true. Last year, the company was set to shoot off the confetti cannons at Kauffman Stadium until the Royals lost in Game 7 of the World Series. Just as the Royals, fans, and the city would have to wait a year to celebrate, so would the confetti gurus at Visual FX. Sprang says his teams are cherishing the moment.