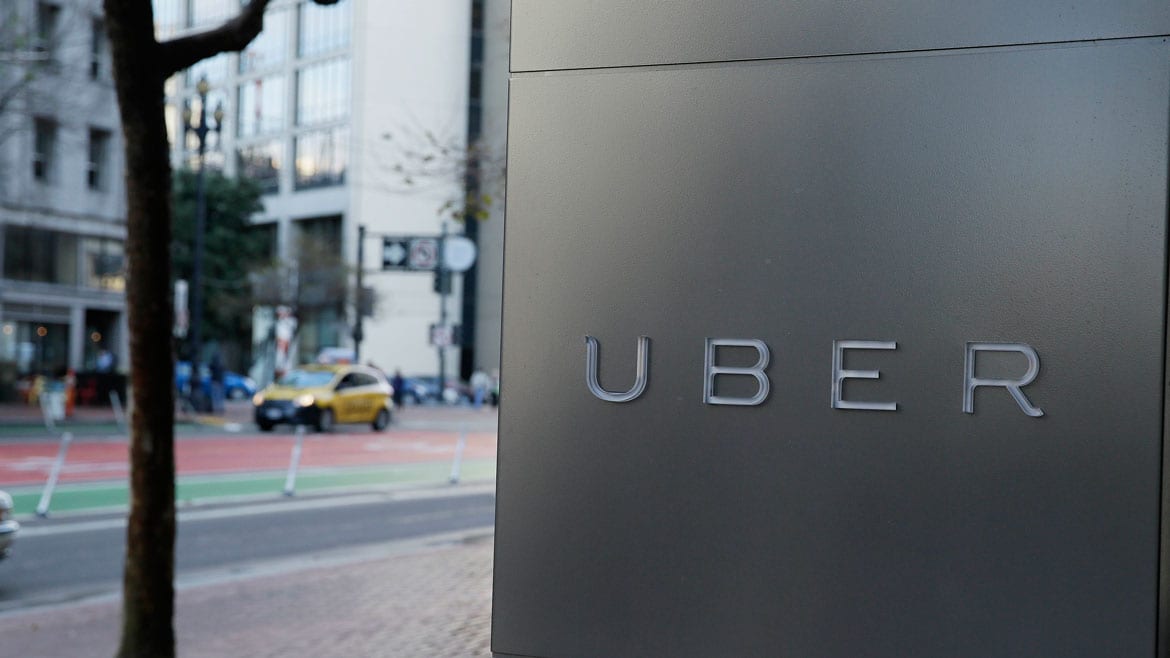 In this photo taken Tuesday, Dec. 16, 2014, a taxi on Market Street goes past the headquarters of Uber in San Francisco. (AP Photo/Eric Risberg)
Share this story

The ride-hailing service Uber and Mothers Against Drunk Driving (MADD) released a report today claiming that app-based car services like Uber decrease the number of auto crashes from drunken driving.

The study was based on interviews conducted online, not on crash or arrest data. But, four out of five people who responded to the survey said they are less likely to drive drunk after Uber started operating in their city.

David Plouffe, senior vice president for policy and strategy at Uber, stressed the idea that when there are more ways to get a ride, there’s less drunken driving.

“This study shows us that when empowered with more transportation options, people are making safer, better choices that are helping save lives,” he said.

According to the study, drunken driving collisions fell 6.5 percent among drivers under the age of 30 since UberX (the cheaper version of Uber) launched in California, Uber’s home state and longest-running market. That represents potentially 60 fewer drunk-driving crashes each month — a total of 1,800 crashes avoided — since July 2012.

Although the study didn’t prove that ride-hailing services are the cause of this decrease, Uber and MADD would like to think so.

Colleen-Sheehey Church is the national president of MADD. Her 18-year-old son was killed in a drunk-and-drugged driving crash. In a press call, she said ride-hailing services like Uber could help reduce the number of drunken drivers on the road.

“With so many reliable and accessible options at people’s fingertips, there are no more excuses to drink and drive,” she said in a statement.

Uber and zTrip are the ride-hailing apps available in Kansas City right now. Lyft, which is often viewed as Uber’s top competitor, is set to go to trial with the city of Kansas City, Missouri, in the coming weeks.