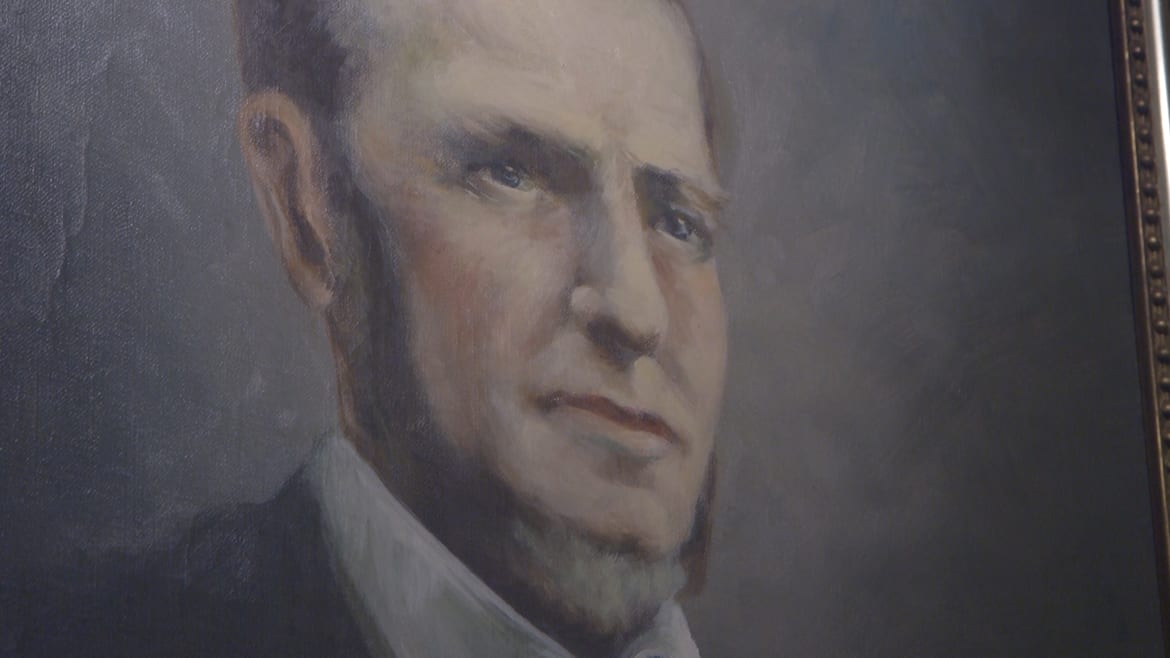 Today’s Kansas Citians owe a lot to the clothesline. In February of 1835, John Calvin McCoy submitted the first map of Westport, which he measured out using his wife’s clothesline.

McCoy is commonly thought of as the father of Westport and, by extension, Kansas City.

“We are the keepers of history of Westport and early Kansas City,” said Alana Smith, president of the Westport Historical Society, which is headquartered in the 1855 Harris-Kearney House Museum.

In 2008, the museum received a phone call from a woman offering an 1890 portrait of McCoy.

“We thought it was a joke,” Smith said. “They felt it belonged in Westport. So it arrived, and it (has) hung on the mantle ever since.”

Most recently, the museum acquired a Bible that McCoy gave to his daughter.

“We are lucky enough that family descendants are still very conscious of the fact that he did develop this area, and they are sending articles that belonged to him,” Smith said.

The Harris-Kearney house at 40th and Baltimore has been closed this winter for renovations but will reopen March 5.

This story is part of the KCPT series, Curator’s Choice, where curators at area museums and galleries share the stories behind their favorite items and pieces of art.