The rates of uninsured are falling in every state but one: Kansas

Heartland Health Monitor does the numbers 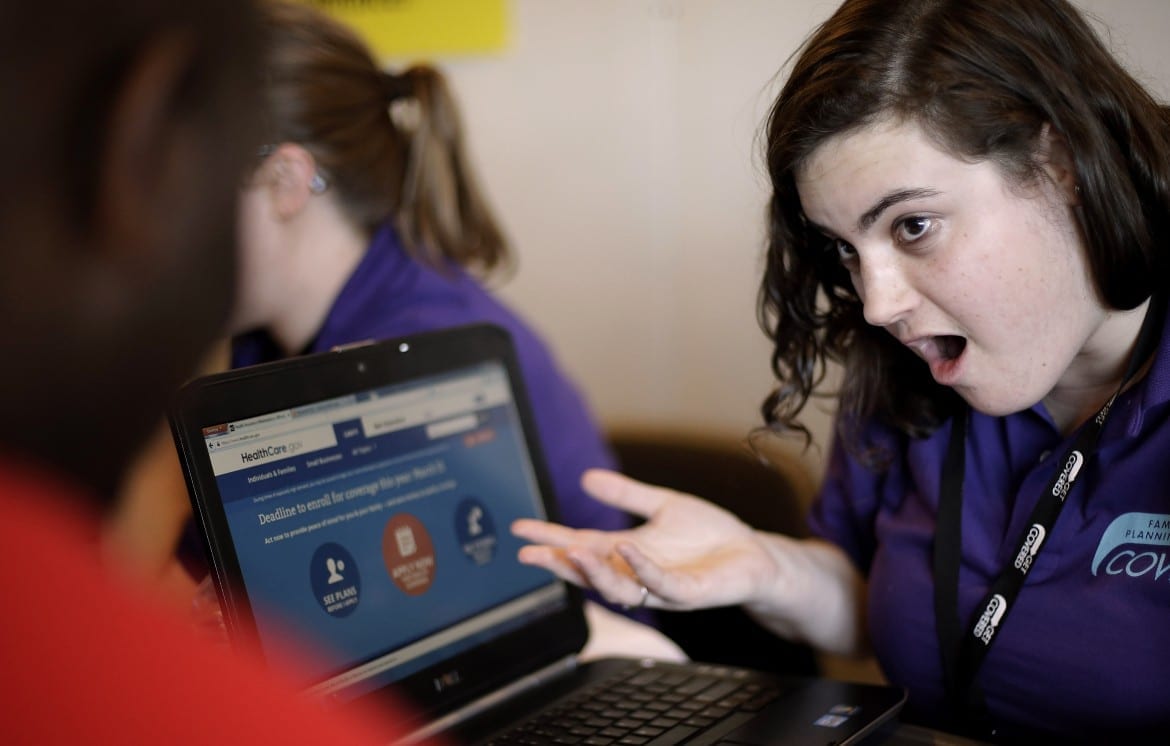 Gallup is out with a new poll showing falling uninsured rates in every state but one: Kansas.

Although not statistically significant, the Sunflower State’s 1.9 point increase makes it the only state in the country to witness an uptick.

In 2013, 12.5 percent of the state’s residents lacked health insurance; in 2014, that percentage had risen to 14.4 percent, according to the Gallup-Healthways Well-Being Index results released Tuesday.

Kansas, of course, is one of more than 30 states that opted not to set up its own state exchange, or marketplace, under Obamacare. And it’s one of 22 states that have declined to expand Medicaid.

As Gallup notes, of the 11 states with the greatest reductions, 10 both expanded Medicaid and set up a state-based exchange. Only Montana, tied for 10th, did not.

Missouri, which also did not establish its own exchange or expand Medicaid, saw its uninsured rate drop from 15.2 percent to 13.4 percent, a 1.8 point drop, according to Gallup. 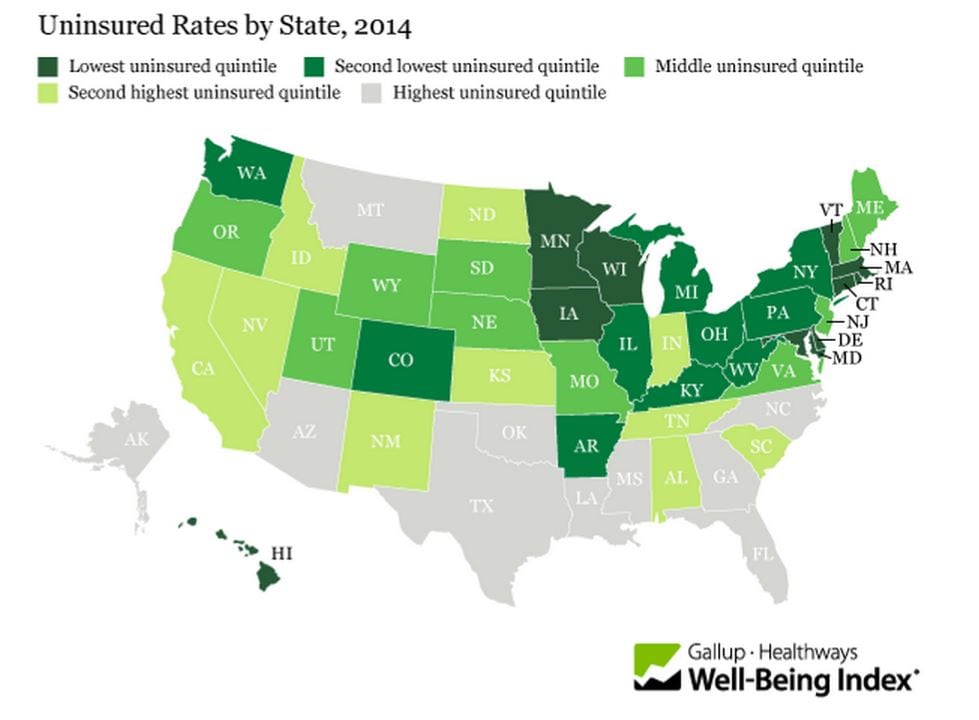 Some Kansas officials were skeptical back in August when the last Gallup results were released. Those results showed the adult uninsured rate in Kansas had risen by a whopping 5.1 percentage points in mid-2014.

They noted that, while Kansas didn’t expand Medicaid eligibility, enrollment had increased because of the so-called woodwork effect – previously eligible people signing up as a result of the publicity about getting health insurance.

Linda Sheppard, a senior policy analyst at the Kansas Health Institute in Topeka and a former director of health care policy at the Kansas Insurance Department, is among those who remain skeptical of the latest results.

“We had new people in the marketplace, several thousand people were added to the Medicaid rolls, and we knew that the (insurance) companies had been allowed to maintain those transitional plans in place and a large number of people kept those plans,” she says.

She allows, however, that the uninsured rate could have gone up, noting that there are no data on people who have dropped coverage.

“If this is happening for economic reasons because there are, for example, small employers who have discontinued offering their employees coverage, certainly there would definitely be people who lost coverage,” Sheppard says.

“And maybe at the time that these (Gallup) phone calls were made, they had not gotten a new job or had missed the opportunity to go onto the marketplace or had chosen not to do that.”

While the decrease in Missouri’s uninsured rate was within the poll’s margin of error of plus or minus 2 percent, Missouri Hospital Association spokesman David Dillon attributed the drop squarely to Obamacare.

“Last year we saw over 150,000 Missourians get coverage through the federal marketplace. This year the number is anticipated to be 250,000. That is a big chunk of the uninsured in this area,” he says.

“There were between 800,000 and 900,000 uninsured (in Missouri) before the Affordable Care Act went into effect, and now we’re seeing the marketplace as an effective tool in helping subsidize lower income people who haven’t been able historically to afford to buy insurance themselves, or who were ineligible for Medicaid because Missouri’s rate for Medicaid is very low.”

About 300,000 low-income Missourians would gain coverage if Medicaid eligibility were expanded to 138 percent of the poverty level, as envisioned under Obamacare. In Kansas, expansion would extend coverage to an estimated 151,000 people.

Gallup notes that states that chose to expand Medicaid and establish their own exchanges witnessed significantly greater drops in their uninsured rates than states that did neither.

Nationwide, the uninsured rate fell 3.5 points, to 13.8 percent from 17.3 percent, between 2013 and 2014, Gallup says – the lowest point in seven years. Reducing the number of people without health insurance was one of the chief aims of the Affordable Care Act – and by that yardstick, despite its continuing unpopularity as measured by polls, it appears to be succeeding.

Arkansas and Kentucky recorded the biggest drops, according to Gallup – 11.1 points and 9.8 points, respectively. And for the seventh straight year, Texas had the highest uninsured rate at 24.4 percent. That’s actually lower than the 27 percent it had in 2013 and the lowest rate to date for Texas, according to Gallup.