As Harvest Public Media reports, some focus is on farm use of antibiotics 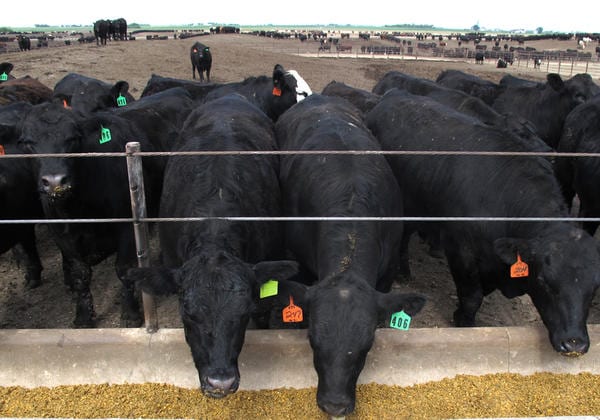 The majority of antibiotics sold each year in the United States are used to treat livestock, rather than humans. Photo: Grant Gerlock / Harvest Public Media
Share this story

In the budget President Obama is sending to Congress he’s asking for more than $1 billion to combat antibiotic resistance, and some of that money would focus on animal agriculture.

Among his initiatives to stall this growing problem, Obama proposes sending the Agriculture Department $77 million to find ways to reduce use of antibiotics on the farm. The budget proposal nearly quadruples the current funding designated for such research, according to the White House.

“We recognize that when both M.D.s and veterinarians are using the same class of drugs to treat disease, that we both have the responsibility to ensure that we’re using those drugs prudently and responsibly,” Coetzee says.

But, he adds, veterinary medical research has been underfunded. The additional commitment to this work, he says, could help veterinarians and scientists discover and develop new ways to care for production animals.

“It would be prudent for us in production agriculture to find ways to minimize the amount of antibiotics used,” he says, “to effectively use the drugs that we have, and then to identify alternatives.”

The use of antibiotics on farm animals accounts for more than half of the antibiotics sold each year in the U.S., according to the Washington Post.

In 2014, the FDA asked pharmaceutical companies to voluntarily phase out the use of antimicrobial drugs that promote growth in livestock. Last year, the American Medical Association called for even tighter rules for using the drugs.