How prepared are Kansas and Missouri for disease outbreaks? 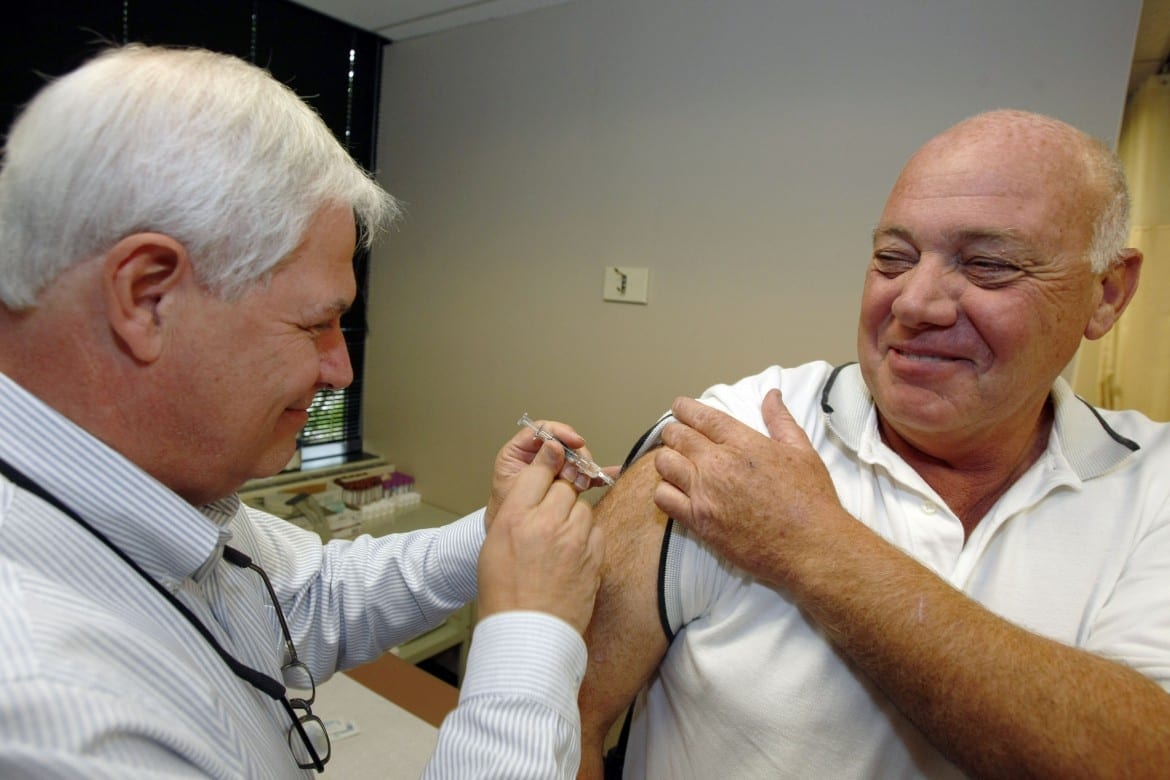 In this photo made on Friday, Sept. 11, 2009, Safety and security specialist for the Bayer Corporation U.S. headquarters, Thomas Barclay, right, receives an inoculation for influenza from company physicians assistant Tim Grimes, in the Pittsburgh suburb Robinson, Pa. (AP Photo/Keith Srakocic)
Share this story

Kansas and Missouri rank in the bottom half of states in preparedness for potential outbreaks of infectious diseases like Ebola, Enterovirus and ‘superbugs,’ according to a report released Thursday.

Both states have failed to maintain public health funding, inadequately vaccinated their populations and lack plans to adapt to climate change, among other things, the report, put out by the Trust for America’s Health and the Robert Wood Johnson Foundation, concludes.

“Over the last decade, we have seen dramatic improvements in state and local capacity to respond to outbreaks and emergencies. But we also saw during the recent Ebola outbreak that some of the most basic infectious disease control policies failed when tested,” Jeffrey Levi, executive director of the Trust for America’s Health, said in a statement.

Kansas officials acknowledged the state has room for improvement but pointed to positive signs, including recent increases in vaccination numbers and decreasing in rates of hospital-acquired infections.

“I think we’re on a good trajectory of improving how we can respond to outbreaks in Kansas,” says Sara Belfry, a spokeswoman for the Kansas Department of Health and Environment.

Missouri state officials were not immediately available for comment.

Missouri and Kansas aren’t alone in missing key indicators. Out of a possible score of 10, half the states scored five points or less in the report.

The report notes that almost every state has tested its capacity to quickly convey urgent messages from public health labs. But it lamented that all but 10 states recently have failed to reduce health care-acquired infections.

The report also looks at whether states require reporting of HIV/AIDS data. Missouri does; Kansas does not.