Pot And Pregnancy: No Harm Seen At Birth, But Many Questions Remain 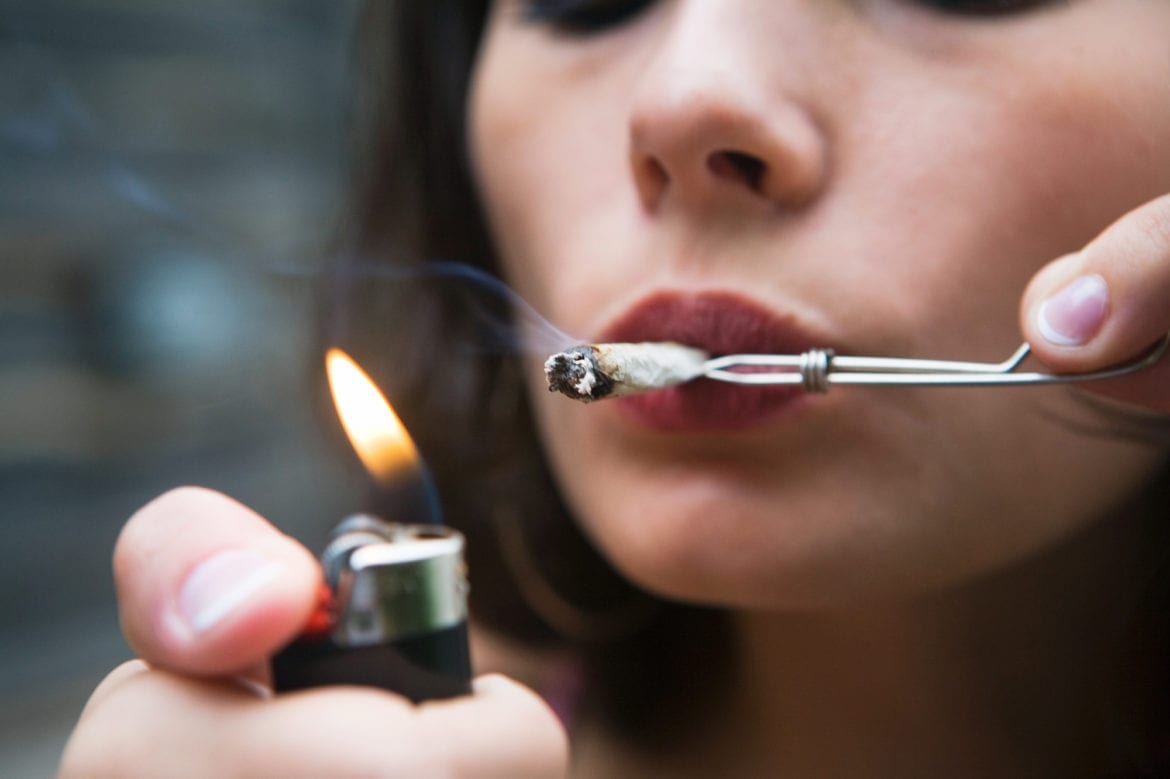 Since marijuana doesn't benefit mother or baby it should be avoided, researchers say. But there is stronger evidence for the harms of alcohol and tobacco. (Photo: Roy Morsch)
Share this story

Between 2 percent and 5 percent of women say they use marijuana while pregnant, according to the American College of Obstetrics and Gynecology. And while harm to the fetus is certainly plausible since the drug crosses the placenta, the evidence has been spotty. Now a review and analysis of 31 previously published studies has found no independent connection between a mother’s pot use and adverse birth events. But the doctors say that doesn’t mean it’s OK to partake.

Based on unadjusted data, the review found a link between marijuana use and both low birth weight and preterm delivery. But when the researchers adjusted the data to account for confounding factors including tobacco — which is often used alongside marijuana — there was no association, says Shayna Conner, an assistant professor in the division of maternal fetal medicine and ultrasound at Washington University in St. Louis School of Medicine and an author of the study.

In other words, from the available evidence it seems that the risk surrounding birth is from tobacco use and other factors, not from the marijuana itself.

Conner emphasizes that message is still clear: Don’t use pot when you’re pregnant. “Any foreign substance that doesn’t directly benefit maternal or fetal health should be avoided,” she says. But the analysis suggests that public health dollars budgeted for preventing bad birth outcomes should be spent to discourage the things with more evidence of harm, such as tobacco or alcohol, she says.

There are still plenty of reasons for women to be cautious about marijuana use. For one, the body of evidence on this topic is inconsistent. Different studies looked at different neonatal outcomes. And most of the studies relied at least in part on women to report their marijuana use. “That may mean that patients who do smoke but don’t tell their provider may be misclassified,” says Conner.

Moreover, this review, which was published Thursday in Obstetrics & Gynecology, focused only on adverse neonatal outcomes such as low birth weight, preterm delivery and stillbirth. It didn’t cover the long-term risk of neurodevelopmental problems such as cognitive difficulties or ADHD. A separate review of evidence published in December found that while the studies in humans on that topic are flawed, “there is a concerning pattern of altered neurodevelopment with early, heavy maternal use of marijuana.”

“Any time there’s a substance that we’re not sure of the effects on the fetus or the mother during pregnancy, unless we know of a strong benefit to using the substance we’d advise not to use it,” says Torri Metz, an assistant professor of maternal-fetal medicine at the University of Colorado Denver, and an author of that December paper. It also found no solid evidence for the benefits of medical marijuana in pregnancy to prevent nausea. She and her co-author called for high-quality prospective studies to better understand the impact of marijuana use on pregnancy and breastfeeding.

And how should women who are trying to conceive or who aren’t using birth control think about pot? The Centers for Disease Control and Prevention got a lot of flak earlier this year for recommending that women in those circumstances abstain from drinking alcohol altogether.

Very few studies have looked at the time of marijuana exposure and connected that to outcomes. But Conner said many of the studies covered by the new review included women in the earliest part of their pregnancies, which might give some reassurance to women who are worried about pot use before they discovered they were pregnant.

In Colorado, where both medical and recreational use of marijuana are legal, the Department of Public Health & Environment advises women not to use the drug during pregnancy. In fact, if the baby is tested at birth and is positive for THC, the law requires child protective services be notified.

The question of how prenatal exposure to pot affects a baby will almost certainly become more pressing, with five states including California voting in November on whether to legalize recreational use.

— Katherine Hobson is a freelance health and science writer based in Brooklyn, N.Y. She’s on Twitter: @katherinehobson

A Flatland Flight of Fancy for 420 Day