A new plan for climate change, from the USDA

Harvest Public Media examines the guidelines and the impact on farmers 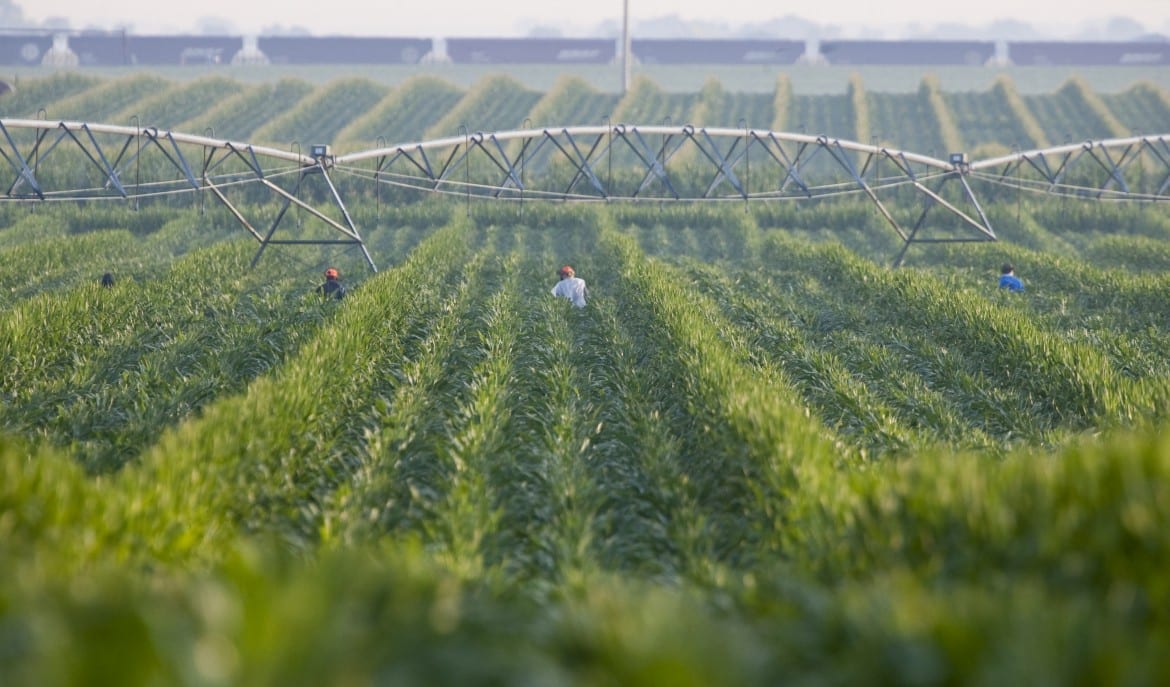 The U.S. Department of Agriculture has announced a new plan that offers incentives to farmers who volunteer to take steps that would help cut agriculture’s contribution to climate change.

Agriculture Secretary Tom Vilsack, speaking to an audience at Michigan State University, said the proposal will give farmers, ranchers, and foresters the technical support and financial incentive to implement more conservation measures on their land and in their operations.

The announcement comes on the heels of President Obama’s Earth Day declaration that climate change poses the single greatest threat to the planet. Fourteen of the 15 hottest years on record have happened this century, with 2014 being the planet’s warmest year recorded.

The new plan doesn’t help farmers who are already struggling under the weight of severe drought. Rather, it looks ahead towards an uncertain future that could include more drought, wildfires, flooding, pests, and disease.

“Over the next decade, Americans from all walks of life will face the growing challenge of a changing climate,” Vilsack said. “In order to address climate change, we have to get ahead of it.”

The USDA’s strategy is composed of ten “building blocks” that encourage producers to take better care of their soil, plant trees, and use fertilizer more efficiently – which reduces nitrous oxide emissions.

“Over the next decade, Americans from all walks of life will face the growing challenge of a changing climate,” Vilsack said. “In order to address climate change, we have to get ahead of it.”

According to the Environmental Protection Agency (EPA), farming accounts for about 9 percent of the country’s greenhouse gas emissions – slightly less than the 12 percent coming from American households.

By 2025, the USDA hopes to limit net emissions by 120 million metric tons of CO2 equivalent per year – comparable to taking about one out of every ten cars off the road.

The USDA’s strategy also encourages the livestock industry to adopt technologies that cut down on methane emissions from cattle, dairy, and swine operations, supporting 500 new anaerobic digesters – a process in which microorganisms break down manure – over the next decade.

But the plan comes with no real teeth – farmers, ranchers, and foresters are not required to participate in the conservation measures, and Vilsack admitted that neither he nor the USDA has the power to convince them to participate. Still, Vilsack said he could draw on programs in the 2014 Farm Bill that would encourage farmers to adopt the cleaner practices.

Speaking specifically about livestock producers adopting anaerobic digester technology, Vilsack said, “What USDA and what I can do is provide technical and financial support to make it work. Who will convince that farmer is another dairy farmer,” he said. “A dairy farmer who has adopted anaerobic digester technology and is seeing lower energy costs on their facility.”

“The land ethic simply enlarges the boundaries of the community to include soils, waters, plants, and animals, or collectively: the land,” Vilsack said, quoting from Leopold’s A Sand County Almanac.

“In short, a land ethic changes the role of people from conquerors of the land and community to plain members and citizens of it. It implies respect for his fellow-members, and also respect for the community as such.”