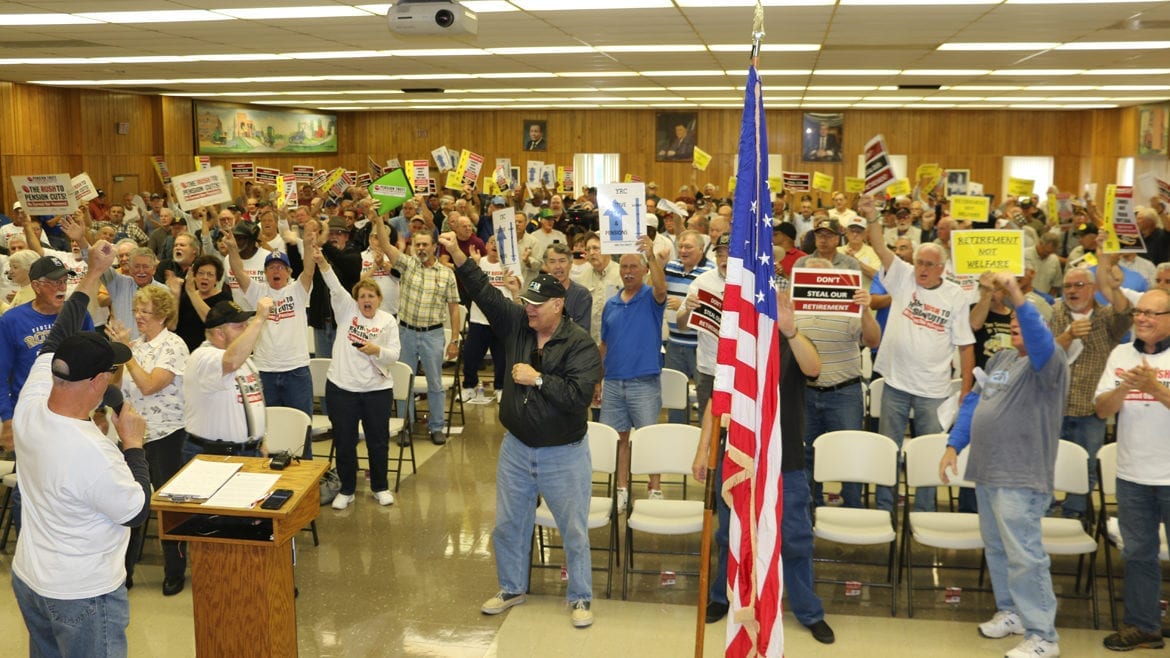 On Friday, Kenneth Feinberg, an attorney appointed by the Treasury Department to oversee the application, announced that Central States’ application did not meet the requirements set by the Kline-Miller Multiemployer Pension Reform Act of 2014 and was therefore denied. Feinberg’s letter says the fund’s reduction plan failed to show that it would “avoid insolvency” or that cuts would be equitably distributed.

As Flatland reported last week, Teamsters union truck drivers said the cuts would have had “devastating” consequences. Many said they would lose their homes or have to prioritize between paying their bills and buying medications.

The Central States Pension Fund manages the retirement benefits for current and former Teamsters union truck drivers. One of the nation’s largest union-affiliated multiemployer pension fund companies, Central States filed the application after legislation passed by Congress in December 2014 allowed financially distressed pension funds the right to reduce benefits for retirees without a unionwide vote provided the reduction improved the solvency of the fund. According to Central States officials, under current financial conditions, the fund will be bankrupt by 2026.

Rep. Emanuel Cleaver II, who had strongly opposed the pension cuts prior to Friday’s decision, made a surprise visit to Monday’s Teamsters celebration and was greeted with a thunderous standing ovation. 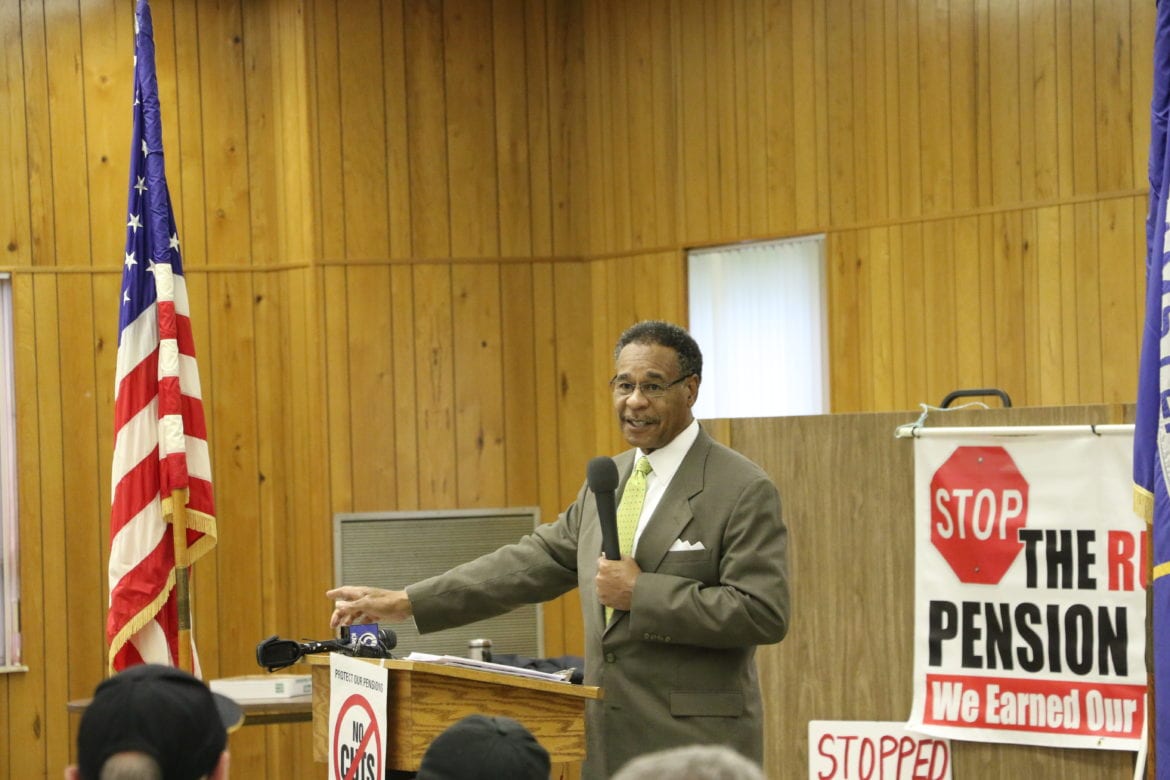 “We won round one,” Cleaver said. “But we still have battles we have to do,” he said.

While Teamsters enjoy the moment, it’s true that the matter is not settled. The Associated Press reported that in a letter to members of Congress, Treasury Secretary Jacob Lew said that although immediate pension cuts are blocked, the pension plan remains underfunded and will likely be insolvent within the next 10 years.

“We still have to stop the problem,” Cleaver said. “We still have to make sure that people who have worked all these years don’t wake up one morning and have 50 percent cut in their retirement benefits. That’s wrong. It was wrong yesterday, it is wrong today, and it’s going to be wrong tomorrow.”

Cleaver added that he hopes the recent victory will catch the attention of Congress and fuel more members to take a closer look at providing a solution.

As Teamsters hugged and celebrated after Cleaver’s speech, Winston Howell, a retired truck driver who said his pension was set to be cut by more than 50 percent, stood in a corner of the Union Hall smiling. The morning celebration had come, he said, after spending the last few months in “constant stress.”

“I rejoiced,” Howell said when he learned of Friday’s decision. “Without that ruling, I would have had to file bankruptcy. “I would have been out on the street, really.”

How the Plaza Starbucks Closure Went Down, As Told by Workers

A Jolt to Electric Car Drivers?