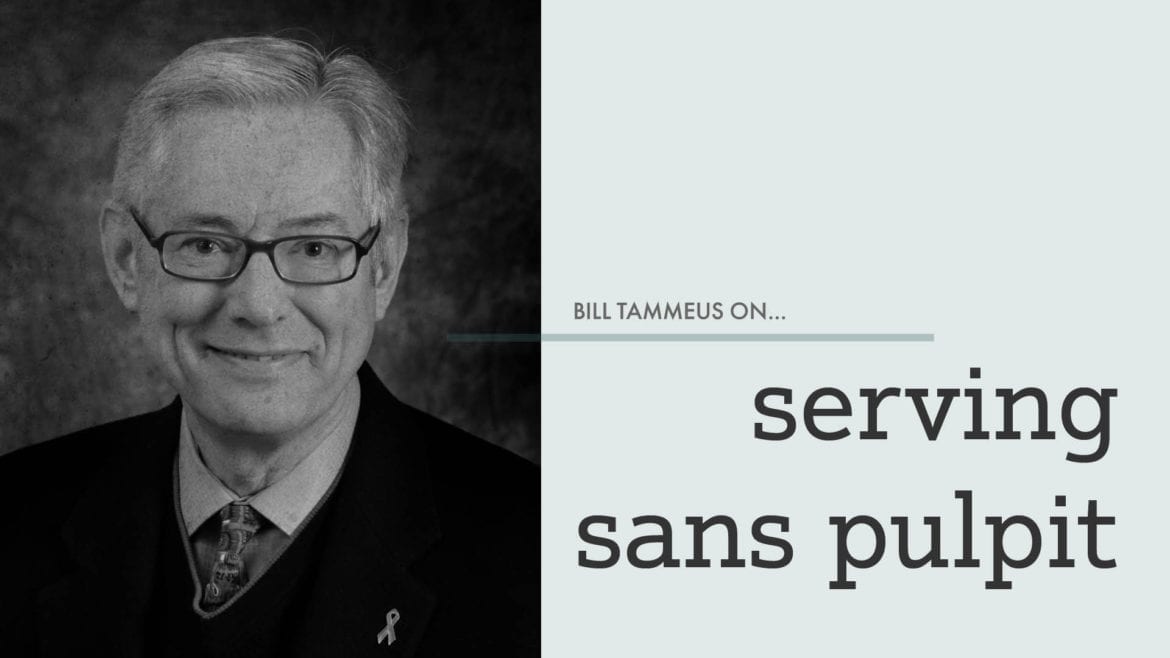 Keith Brown is a Protestant pastor who works in an elementary charter school, not a church.

Jonathan Rudnick is a rabbi who doesn’t work in a synagogue but as a “community rabbi.”

And Sulaiman Z. Salaam Jr. is an imam at a small mosque, but to earn a living, he operates a franchise restaurant at the Independence Center shopping mall.

Each of them is proof that lots of clergy here and around the country do work outside of preaching from a pulpit. Sometimes that’s because they’re part of small congregations that can’t pay them enough to sustain them. Sometimes they simply choose to do what they consider to be ministry in the community.

Brown, for instance, is the director of parent and community involvement at Genesis Promise Academy at 44th Street and Cleveland Avenue on Kansas City’s east side.

“I would call it creating linkages and relationships between the school and the community,” he told me. He finds mentors and speakers for Genesis classes, which run from kindergarten through eighth grade.

He exposes students to successful people from the community, especially those who grew up in the urban core.

“I want to use my gifts and talents and connections to this community to fortify these students and supplement what they’re learning,” he says. “That’s ministry.”

Brown was ordained in the Church of Christ, a theologically conservative Protestant denomination that doesn’t use any musical instruments in its worship. But he found himself disagreeing with the church on many matters, including how to read the Bible: “I believe in the Bible. But the literalist interpretation wasn’t right at all. I take the Bible seriously, not literally.”

So Brown left that church and began taking classes at St. Paul School of Theology, a local United Methodist seminary. He hasn’t finished his degree but intends to. Although Brown’s full-time job has been at Genesis since 1991, he also does weddings and funerals and occasionally preaches or teaches at various congregations.

When Rudnick was growing up in Kansas City, his rabbi noted his abilities and interests and asked him if he would consider becoming a rabbi. Rudnick’s answer was short and sweet: “I didn’t have to think twice. The answer is no.”

But because of his interest in social justice issues and in understanding Judaism more deeply, he got a fellowship and went to rabbinical school in Jerusalem. But even then, he told me, “it was not burning in my heart to be a rabbi.”

What he eventually discovered, however, is that not every rabbi is based at a synagogue.

So when he finished seminary in 2004, he worked at a hospital in Jerusalem, providing pastoral care to cancer patients. He discovered he loved chaplaincy work.

In 2006, he came home to help his sick father. His sister informed him that Kansas City’s Jewish community chaplain was leaving and there was an opening. Rudnick was hired, and that rabbinical position then was brought under the umbrella of Jewish Family Services.

“I love it,” Rudnick now says of his work, which has him spending about half his time in hospitals and facilities for the elderly. “It’s a great fit. I’ve been really blessed.”

By contrast, Salaam does lead worship each Friday at Al Haqq Islamic Center  near 69th Street and Prospect Avenue, but it’s a small congregation that can’t afford to pay him a full-time salary. Instead it covers the cost of his life insurance and gives him a small annual financial gift. Which isn’t enough to support his family — four children, three grandchildren and his wife.

The fact that Salaam still is an imam today sort of surprises him: “I accepted the responsibility of being imam hesitantly and told the congregation I would do it for six months until they found someone else. That was 15 years ago.”

Over the years, Salaam has held various jobs, from restaurant owner to running a gift shop at the old Bannister Mall to working for 12 years for the AdHoc Group Against Crime. Today, he manages the Lutfi’s Fried Fish café in the food court of Independence Center even as he also takes care of his congregation’s spiritual needs, including preaching, teaching, hospital visits, funerals and other duties.

“Everything in my life prepared me for this,” he told me, “but I wanted to be an entertainer. I think that this (being an imam) is the one thing I love so much that I would do it for free — in fact,” he laughs, “I do do it for free. But if I did get paid, I could do so much more.”

So, yes, you’ll find clergy in pulpits on weekends in Kansas City, but it’s also likely that you’ll run into them working near you somewhere else in the city solving community or business problems — in a way that feels like ministry to them.