Is it still March Madness or an incurable case of Jayhawk fever?

Will it be KU?

Kansas takes on North Carolina at the Caesars Superdome in New Orleans at 8:20 p.m.

The last time the Jayhawks lifted the national tournament trophy was in 2008. 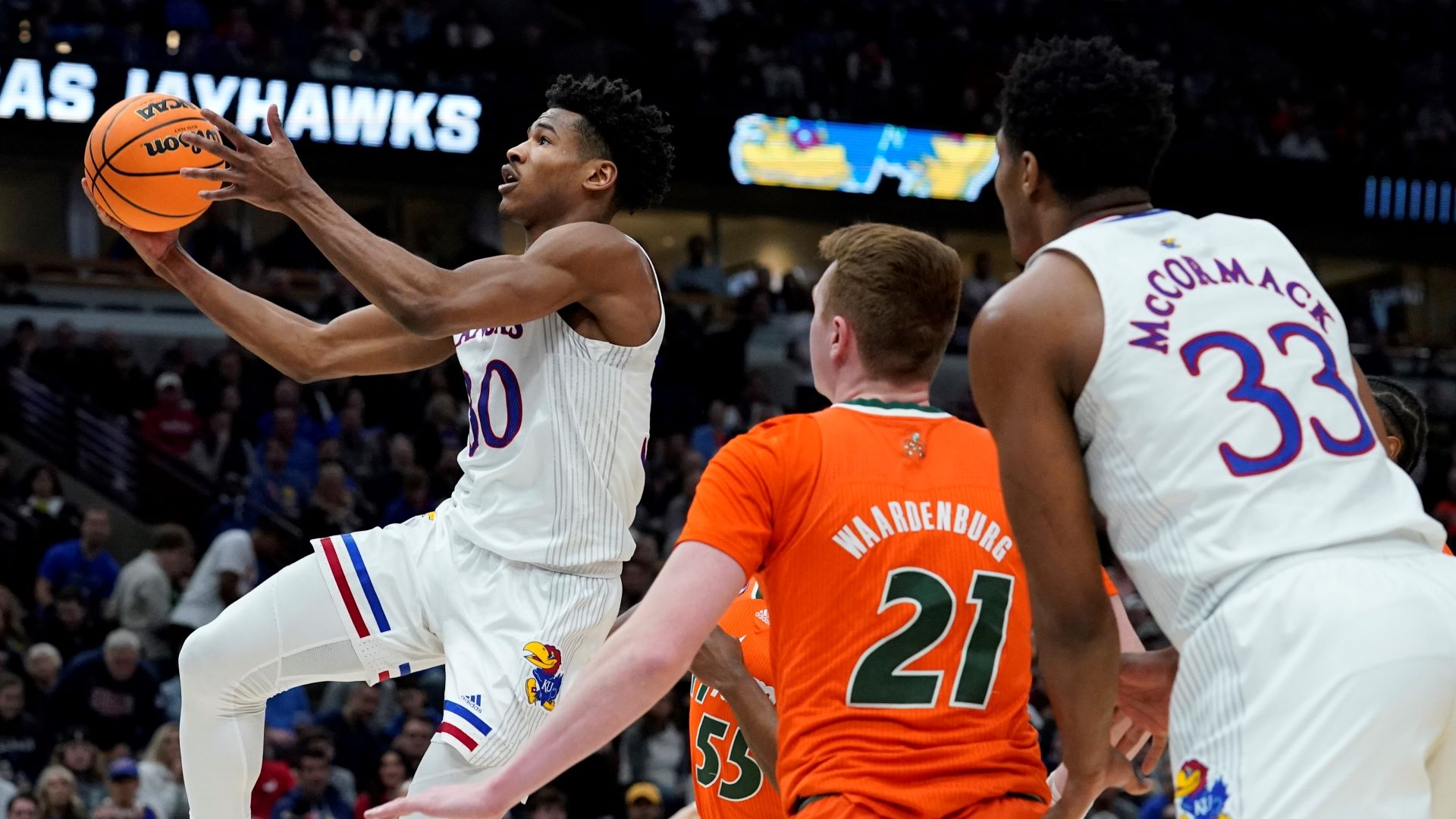 Opening Day for the Royals

The Kansas City Royals are finally back this week.

After a lockout delayed the start of the season, the Royals host their home opener Thursday against the newly named Cleveland Guardians.

First pitch at Kauffman Stadium is scheduled for 2:10 p.m.

It’s Election Day on Tuesday. You mean you didn’t know there was one? Here’s a quick rundown:

Questions 1 & 2: On Tuesday, voters in Kansas City are being asked to approve upgrades to the sewer system. Ambulances are also on the ballot. Voters are being asked to renew the city health care levy that brings in around $21 million a year to help support the ambulance service and to offset the costs to hospitals and clinics of providing free health care to those without insurance.

Independence Mayor: Meanwhile, Independence voters will be picking a new mayor. Incumbent Eileen Weir recently suspended her campaign after coming in second in a crowded primary election. But she’s now walking back plans to drop out of the race. Her name appears on the ballot along with Rory Rowland, who currently represents Independence in the Missouri General Assembly.

School Boards: Also worth watching are scores of local school board races.  Politically charged issues like teaching race in schools, book banning and diversity and equity initiatives are pitting candidates against each other in board races in the North Kansas City, Park Hill, Lee’s Summit, Raytown and Liberty school districts.

After a murder at an Airbnb in southern Overland Park, city leaders will this week consider new restrictions on short term rentals.

Could Overland Park end up banning companies like Airbnb and VRBO?

Leawood already prohibits short term rentals. And cities across the country are imposing new restrictions.  The state of New York doesn’t permit homeowners to rent out their properties for less than 30 days, if the owner is not on site.

The Overland Park City Council will debate the issue tonight at 6 p.m. in the city council chambers.

Will she or won’t she?

That’s the question for Kansas Gov. Laura Kelly this week as lawmakers send to her desk an avalanche of contentious bills.

Will she sign them or veto them? And will election year politics push the Democratic governor into making some uncomfortable decisions?

Most closely watched is a ban on transgender athletes competing in girls’ sports.

Lawmakers have also sent to Kelly’s desk a “parents bill of rights.”  It requires schools to make available to parents every lesson plan, test, book list, magazine article or handout that teachers provide their students. Supporters say it’s about transparency. Kelly has called it the “teacher demoralization act.”

A newly drawn congressional map in Kansas heads to court this week.

Today a judge in Wyandotte County will hear the first of several lawsuits that claim Republicans politically and racially gerrymandered district lines. GOP leaders insist the map is constitutional and fair.

There’s a lot at stake. The new map slices Wyandotte County in half, undercutting the reelection chances of U.S. Rep. Sharice Davids.

Meanwhile, the stalemate continues over a new congressional map in Missouri.

Missouri is now the only state that has failed to pass a new congressional map after the 2020 census, as required by law.

This week is the official groundbreaking for the new streetcar extension line.

The head of the Federal Transit Administration will join Kansas City Mayor Quinton Lucas on Wednesday for a ceremonial rail signing on the Main Street route.

More than three miles of new track is being laid to extend the streetcar line down to the Country Club Plaza and the University of Missouri-Kansas City.

But don’t expect to be riding the new extension anytime soon.

After years of inaction, Kansas and Missouri are now in a race to be first to legalize sports betting.

Will Missouri beat Kansas to the finish line?

The Missouri House has already passed a bill that’s now awaiting consideration in the Senate.

But over the weekend, Kansas lawmakers stunned many statehouse watchers by reaching agreement on a sports betting bill that could bring in more than $10 million a year.

The proceeds would go towards the “Attracting Professional Sports to Kansas Fund.” It’s a new pool of incentive money designed to lure the Kansas City Chiefs across the state line. Kansas Gov. Laura Kelly says the effort is fair game. She claims an economic border war truce between the two states “didn’t include the Chiefs.”

Starting this week, shots are no longer required to attend performances at the Kauffman Center for the Performing Arts.

The Kansas City Symphony, Ballet and Opera say they will no longer require proof of vaccination for admission.

Masks are also no longer required, but according to the Kauffman Center website, ticket holders are still encouraged to wear them.

Looking for something new to do this week? The Deanna Rose Farmstead is back open for the season.

More than 60 baby pygmy goats are the latest draw at the Overland Park attraction. Also new this year is a rescued turkey vulture named Grimm.

Even better, admission is now free for all guests after 2 p.m., Monday through Thursday. It’ll cost you $3 to visit at other times.

Wonder of the World Lands in KC

Michelangelo’s Sistine Chapel is considered one of the world’s greatest artistic achievements. Now you don’t have to hop on a plane and travel more than 5,000 miles to the Vatican in Rome in order to see it.

It’s sandwiched between Jack Stack BBQ and the Apple Store on the Country Club Plaza.

Michelangelo’s Sistine Chapel – The Exhibition is now open in the former Nike space.

It’s similar to the recent Van Gogh exhibit. This time you’re immersed floor to ceiling in Michelangelo’s most famous frescoes. It runs through mid-May.

For thousands of Kansas Citians, Ramadan is now underway.

That also means fasting from dawn to sunset for an entire month, as a test of devotion to God.

For Muslims, Ramadan marks the time the Koran was first revealed to the prophet Muhammad.

If you have Muslim colleagues, friends or neighbors and you want to wish them “happy Ramadan,” then consider saying “Ramadan mubarak.” That’s the traditional Arabic greeting. It means “blessed Ramadan.”