Did you get up early this morning to watch the queen’s funeral?

Other than the Chiefs, it has to be one of most talked about news stories in Kansas City.

After 10 days of public mourning, Britain’s longest reigning monarch is being laid to rest today.

Brits have the day off and President Joe Biden and the first lady are in London for the service.

What we’re witnessing has never been seen on TV before. This marks the first time a British sovereign’s funeral has been televised.

Next up, the coronation of the new king. But that’s not expected to happen until next year.

Fall officially begins on Thursday. But put your sweaters back in the closet. We’re going to be flirting with 100 degrees over the next few days.

The National Weather Service confirms we’re about 20 degrees above normal for this time of year.

Back in 1953, Kansas City hit 103 degrees during the last week of September.

Should anyone be above the law?

What about police officers?

In a local news story grabbing national headlines, a former Kansas City, Kansas, police detective has been arrested by the FBI on six counts of sexual abuse, assault and kidnapping.

A detention hearing is set for this afternoon at the federal courthouse in Topeka.

In that appearance, federal prosecutors are expected to reveal more evidence in their case against Roger Golubski.

Golubski has long been accused of sexually preying on Black women and was sued for framing Lamont McIntyre for murder when his mother refused Golubski’s advances.  The lawsuit was settled for $12.5 million.

Golubski retired from the KCK police department more than a decade ago. 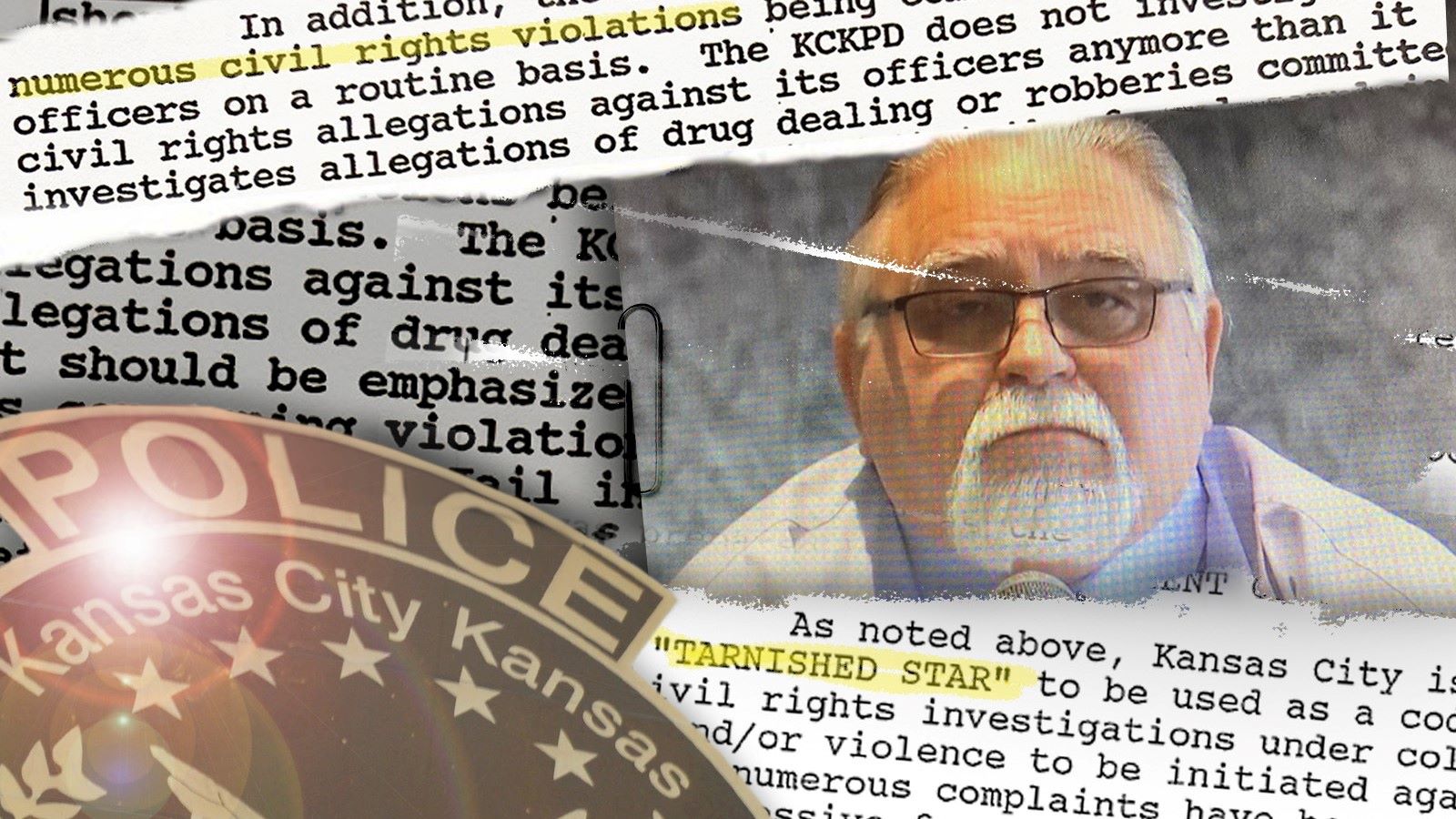 FBI has Investigated Kansas City, Kansas, Police for Decades, but Prosecution of Bad Cops is Rare As a federal grand jury investigates Roger Golubski, a former Kansas City, Kansas, Police Department detective, FBI documents dating back to the 1990s reported police beat Black people routinely, were said to be involved in the drug trade and ignored…

Another big local trial resumes today after being derailed last week due to COVID.

A Jackson County judge halted the murder trial against 84-year-old businessman David Jungerman after a “COVID exposure” in the courtroom.

Jungerman is accused of gunning down a young attorney outside his Brookside home back in 2017.

Prosecutors argue Jungerman killed Tom Pickert out of revenge. Pickert had just won a $5 million civil lawsuit against him.

The transgender bathroom debate moves to Johnson County this week.

The Gardner Edgerton school board is expected to decide later today whether to restrict trans students from using toilets and locker rooms that don’t match their gender assigned at birth.

While some parents have been pleading for the policy, the American Civil Liberties Union claims the measure is discriminatory, stigmatizing and detrimental to the mental health of trans students.

Today kicks off Banned Books Week, a week to shine light on censorship and attempts to pull books from library shelves across the country.

According to organizers, 2021 saw 1,597 individual book challenges or removals.

The Harry Potter series has been the subject of the most attempted bans, but increasingly books by or about the LGBT community have been targeted.

In August, a new law went into effect in Missouri that subjects teachers to jail time and fines for providing books deemed to include sexually explicit images to students.

This week, the Kansas City Public Library is hosting a discussion about the new law and other measures that target the removal or restriction of books in public libraries and schools.

You can join the conversation this Thursday at 6 p.m. at the Kansas City Library, Plaza Branch. 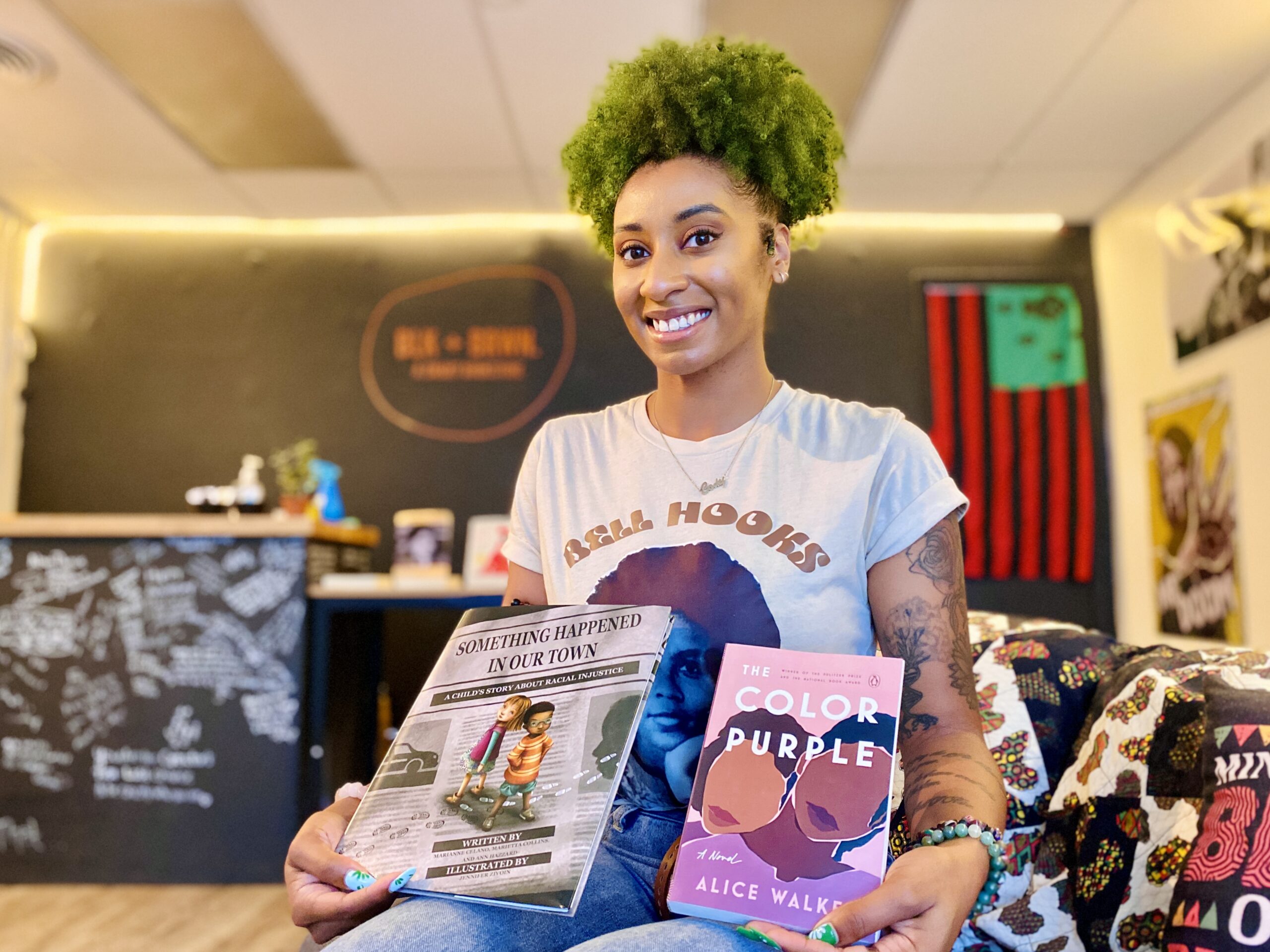 Students, Librarians and Bookstore Owners Push Back on Book Bans  In Missouri, a new law has librarians bracing for impact and bookstores providing an outlet to learn about banned books.

The Chiefs are hoping to keep their winning streak going as they take on the Colts on Sunday in Indianapolis.

Also worth watching this week is University of Kansas football. For a team with a long reputation for losing, the Jayhawks are off to a remarkable 3-0 start.  Not bad for a team that never won a single game in 2020.

And if you haven’t made it out to see the Royals this year, this week will be your last chance to see a home game this season. The Royals are hosting six games in a row at Kauffman Stadium, starting with the Twins on Tuesday night and the Mariners on Friday.

The last nine games of the season are on the road.

One of Kansas City’s biggest annual traditions is this weekend.

Nine square blocks of the Country Club Plaza will be taken over by more than 240 artists and 41 music acts, starting this Friday evening.

If you don’t feel like driving into Kansas City for the big outdoor art show, there’s lots of big festivals going on all around our metro this weekend: