Election Day may still be two weeks away, but thousands of Kansas Citians have already cast their ballots.

Starting today, Wyandotte County residents get their first chance to weigh in ahead of the midterm election on Nov. 8.

And here’s something new…

On Wednesday, Missouri voters can now vote early and in-person at their local election offices.

If you live in Kansas City, that’s inside Union Station.

This is the first year Missouri is offering no-excuse absentee voting for everyone.

The change is part of a new election law signed by Gov. Mike Parson this summer.

It means you no longer have to sign an affidavit declaring you’ll be out of state on Election Day or otherwise incapacitated in order to vote early.

But there is one caveat. You will be required to show a government issued photo ID. Utility bills or your paper voter notification card are no longer accepted as proof of identification.

This is one of my busiest weeks of the year.

Just ahead of Election Day, we are putting together three big political debates in three days.

This week, I head to Topeka to moderate what has been called the “most watched” attorney general race in the country.

Republican Kris Kobach wants to be the state’s next chief law enforcement officer. Standing in his way is Democrat Chris Mann, a former police officer and prosecutor.

While I’m driving to Topeka to moderate the hour-long exchange, you don’t have to travel that far.

We have a seat waiting for you on Thursday at 7 p.m. on Kansas City PBS

And stay with us Friday night as we bring you “Who Will Lead the County?”

Everyone seems to be fixated on these big election races for the U.S. Senate, Kansas governor and Congress. But some of the most important decisions that impact your family and your pocketbook are made by local leaders.

It’s all coming up on a special hour-long election of “Week in Review” this Friday at 7:30 p.m. on Kansas City PBS. It’s all part of our “On the Ballot” coverage on KCPBS and Flatland.

Tempers boiled over last week and administrators threatened to call off several of the public hearings after angry exchanges between parents and district officials.

Two high schools and eight elementary schools could close as early as next fall as part of a district plan to address sharp declines in enrollment.

Three more hearings on the proposal are scheduled for this week.

The first is later this afternoon at Longfellow Elementary School. It starts at 3:45 p.m.

A second meeting is scheduled for Tuesday night at Northeast Middle School. That public hearing begins at 6 p.m.

Expect lots of handwringing and finger pointing this week over a new national student report card that shows plummeting test scores and record drops in math and reading skills.

It’s the first national look at student performance since the COVID pandemic.

The National Assessment of Educational Progress tested hundreds of thousands of fourth and eighth graders and discovered historic levels of learning loss.

In Missouri, math scores fell to their lowest levels in two decades. Kansas also saw a sharp increase in the percentage of students performing at the lowest level in math and reading.

It’s certain to be fodder for political candidates critical of school lockdowns during the height of the pandemic. Kansas Gov. Laura Kelly became the first governor in the nation to order a statewide shutdown of schools.

Will we get clarity this week on the future of President Joe Biden’s student loan forgiveness program?

Millions of students are in limbo after a federal judge on Friday temporarily halted the policy just as the application process had gotten underway.

In Kansas, about 360,000 student loan recipients qualify for loan forgiveness.

More than 770,000 Missouri borrowers are eligible to have at least $10,000 of their student debt erased.

If your daily commute has you driving between downtown and Kansas City’s Northland expect lots of traffic headaches this week.

Starting today, the Missouri Department of Transportation is shutting down lanes on the Bond Bridge.

Passenger train service through Kansas City is about to be disrupted again. This time it’s because of staff shortages.

Amtrak says starting this week there will be only one train a day on its Missouri River Runner route from Kansas City to St. Louis.

A notice on Amtrak’s website says the suspension is because of “a shortage of available train equipment and maintenance staff.”

We’re at that time in campaign season when you can expect a raft of local new stories about political sign stealing.

If you’ve ever been incensed that someone has taken a sign from your front yard, there now may be a reasonably low cost solution.

Did you see the story of the Pennsylvania homeowner who attached an Apple AirTag to her candidate yard sign?

After it was stolen, she was able to track it down to a dumpster behind a commercial strip mall.

Police say more than a hundred stolen signs had been dumped there and they’re now reviewing surveillance footage to catch the culprit.

It’s a new use for AirTags. The $29 gadget is intended to help you keep tabs of valuables like your luggage while you’re traveling.

What a difference a year makes.

Last year, the KC Current had the worst record of any team in women’s professional soccer.

Now, the women in “teal” are just one game away from hoisting their league’s top trophy.

After beating the OL Reign in Seattle on Sunday, the Current is heading to Audi Field in Washington, D.C., for the NWSL championship match. They take on the Portland Thorns on Saturday night. Game time is 7 p.m.

In other sports news…

Fresh off a big win against the San Francisco 49ers, the Kansas City Chiefs get a break. It’s a bye week. The Chiefs next game is Sunday, Nov. 6, against the Tennessee Titans at Arrowhead Stadium.

And for baseball lovers, the World Series starts this week.  Game one between the Houston Astros and the Philadelphia Phillies begins on Friday.

We might be getting some much needed rain today. But it won’t make up for what has been an historic dry spell.

The Weather Channel says this is the second driest start to fall in Kansas City history. And we’re certainly not alone. Minneapolis is having its driest fall in 150 years.

Nearly half of Missouri and 85 of 105 counties in Kansas are now under what the federal government defines as “severe drought” conditions.

Dennis McKinney, the head of the Kansas Farm Service, says: “Every day you go out and within five minutes, your ears, your nose and your mouth are full of dust. It just gets very discouraging.” 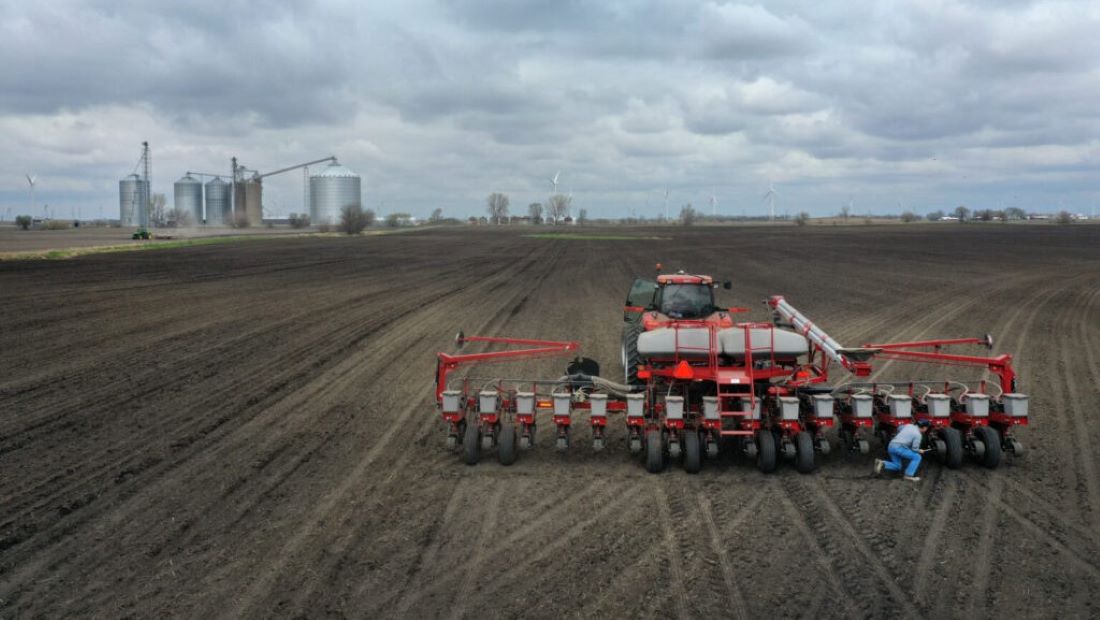 Severe Drought Triggers Assistance in Nearly All of Kansas, Half of Missouri Almost all of Kansas and nearly half of Missouri are in severe enough drought to activate a federal program meant to help ranchers who have lost grazing acres for their herds, triggering millions of dollars in assistance.

Nelson-Atkins Gets its Own Beer

There was a time when every big restaurant and institution in Kansas City had to have their own name-brand coffee.

Now the trend it seems has shifted to beer.

This week, the Nelson-Atkins Museum of Art unveils its new brew.

It’s a pale ale called “Creative Juice.” As you might expect, it is “artistically” designed with an iconic Nelson shuttlecock on the can.

It debuts at the museum’s Tivoli Halloween event on Friday night. But it will also be available at liquor stores across the metro. Proceeds from each sale will go to the museum.

Is it Shakespeare or “ShakesFEAR”?

This week, some of the English playwright’s spookiest characters take over the lawn of the Kansas City Museum.

They’re partnering with the Heart of America Shakespeare Festival to bring you witches, ghosts and despotic kings from Shakespeare’s most frightening plays, though they insist this is a family-friendly event that will also include live music and a dazzling fire show.

You can experience “ShakesFEAR” for yourself this Saturday night at the Kansas City Museum. Tickets are $5.

If you’re looking for some other distractions, comedian Paula Poundstone is at the Folly Theater on Thursday night.

Also on Thursday, a live stage version of TV’s “The Price is Right” is coming to the Midland Theater.

This weekend, it’s Boo at the Zoo. On both Saturday and Sunday you can take your kids and grandchildren to the Kansas City Zoo and get lots of trick or treat candy along with other Halloween themed attractions, including a spooky hay maze.

Another alternative is Spookfest at Science City, where you can experience Dr. Frankenstein’s Lab, escape from a spider’s lair or join the “Great Pumpkin Race.”

Spookfest is Friday evening at Science City inside Union Station.

And for a more adult themed Halloween, there’s CarnEVIL at the Power & Light District. It’s being described as Kansas City’s biggest Halloween costume party with specialty spooky drinks, all wrapped around a circus nightmare theme.