Above image credit: Ally Garton and her fiancé are building a house on this plot of land in Basehor, Kansas. (Contributed | Ally Garton)
Sponsor Message Become a Flatland sponsor

As newcomers to Kansas City in 2019, Ria Rao and Morgan Bannerman found community with other young professionals under the same roof. Now they’re hoping to replicate that environment — this time as homeowners.

The move comes in large part out of necessity. Amid a highly competitive housing market, locating a home — and actually submitting a winning bid — seems increasingly out of reach for young people who are early in their careers and especially those searching alone.

The couple’s careers brought them to the city — Bannerman working in pharmaceuticals and Rao securing a fellowship at a startup through Venture For America (VFA).

“That first place we stayed at was a big house with other VFA fellows,” Rao recalled, noting that she and Bannerman were living with four other people.

“Living with everyone and learning from each other — that was one of the best parts of the fellowship,” she continued. “One of our roommates started her business during that time, so there was a lot of feedback happening in real time from all of us. We had a lot of ideation sessions together, and it was a great opportunity to host events with other fellows.”

The sole downside to the setup: dealing with the house’s management.

What is Venture For America?

Venture For America is a two-year fellowship program that pairs recent college graduates with startup experience. The program aims to create economic opportunities for the next generation of entrepreneurs by equipping them with the knowledge and resources necessary to succeed.

“Personally, I’ve never had great property management; and in this case, there was very limited communication and issues never got resolved,” Bannerman said.

Wanting to have more control while building equity, the duo explained that it made sense to go in on a house together — especially with the cost of rent being similar to a split mortgage.

“If either of us had tried to buy a house, individually, it would have been difficult with a down payment and everything,” Bannerman admitted. “We are both interested in having real estate and managing property in the future, so it was something we planned and budgeted to do. It was like, why not start now?”

Such strategies are becoming increasingly common, particularly among young buyers. The National Association of Realtors estimates that unmarried couples bought 11% of homes sold during the spring of 2020. Real estate analytics firm Attom Data Solutions, meanwhile, estimates the number of “co-buyer” transactions increased nearly eight-fold between 2014 and 2021.

Rao and Bannerman entered the housing market in March 2020 — just as the COVID-19 pandemic was taking shape.

“We had to move really quickly on everything,” Rao said. “If a house got listed and we didn’t go look at it that day, we often didn’t get a chance to see it before someone else locked it in.”

With the marketing moving fast, Rao and Bannerman knew they would need to be confident in their wants, needs and budget in order to make a speedy decision, they shared — adding that they tapped into their parents, real estate agent and Google for research and advice.

The couple only put in two offers: the first one $10,000 over asking price, the second just under asking.

“When that first offer didn’t work out, I was initially devastated over it,” Rao said. “But looking back, having that rejection was good because we then were able to stick to our budget.”

Ultimately closing on a house under asking price seemed like finding a needle in a haystack, they shared.

“There was an initial (buyer) lined up, but the sale fell through,” Bannerman recalled. “We were able to come and put an offer in before anyone else got to that part. … We got lucky.”

The sale closed in June 2020, and the couple lived and worked on their house in Kansas City, Kansas, for a year before Rao left for grad school in Boston.

“Before even looking for a house, we had the conversation of: when I leave (for grad school), is it still affordable for one person to take on the mortgage until we are able to bring on more people?” Rao recalled. “… Ultimately, the goal is to recreate the experience we had our first year in Kansas City, and give other young professionals interested in entrepreneurship that opportunity.”

Currently still working on that vision, Bannerman is actively searching for other individuals to create an innovative space in the house he co-owns and lives in, he shared, noting the affordable rent and responsible management.

Chad Feather — a fellow VFA grad and the director of operations at the Overland Park-headquartered govtech startup Daupler — grew up just outside of Kansas City in Kearney, Missouri. After graduating college in 2017, Feather was immediately interested in buying a house.

“I’ve been renting ever since I graduated from college but not by choice necessarily,” he said, laughing. “But I wanted to spend at least a year downtown, and there’s not a ton of houses in downtown Kansas City.”

During his first couple years of renting, Feather kept his eyes on the housing market.

“Toward the end of 2019 and then the first four or five months of COVID, I had put in offers on about a dozen houses — usually significantly above asking price,” he shared. “I was always outbid. … So I took a step back, and am at the point where if the right deal comes along, I’ll do it. I am monitoring everything as it comes through.”

Similar to Rao and Bannerman, Feather currently lives in a house that traditionally houses VFA fellows and sees the value in the collaborative space, he said. Feather also echoed their sentiment of laying out the requirements one needs in a property.

“I’ve been picky about what I want, because this will be my biggest purchase to date,” he noted.

Feather doesn’t anticipate Kansas City’s housing market will return to its pre-pandemic state — largely because of the city’s growth and other external economic factors, he said.

“Real estate has a constant up and down, but over time — it’s going up,” Feather said. “Well taken care of property is constantly going to increase in value, even if there are small dips.”

Ally Garton — the community manager at Spark KC — purchased a house shortly after her undergrad ended in 2017.

“Everyone thought I was crazy for being a 22-year-old female trying to purchase a house on my own,” she shared. “Luckily, my family friend is a real estate agent, so I spoke to him and explained my situation. He assured me that what I wanted was achievable, and we started the process from there.”

The two major drivers in homeownership for Garton: building equity and customization.

“I wanted to paint the walls and make my own changes — stuff that you’re limited to in an apartment,” Garton said. “… A lot of the rent was the same as what a mortgage payment would be, so I wanted my money to be going toward building equity.”

After looking throughout summer 2017, Garton’s fifth offer on a house in an older neighborhood of Overland Park was accepted.

“I actually knew about my house when it was pre-MLS (Multiple Listing Services), so I had a head start on it so to speak,” Garton explained. “There’s a listing on Zillow for ‘about to be listed’ houses, and you can monitor those.”

Once Garton became a homeowner, she got to work on customization projects — including knocking down her largest wall and completely remodeling the kitchen.

With plans to grow her family in the next five years, Garton listed her first home in February 2021. Within six hours, Garton had sold the property at a 53% increase from the price she purchased it, she shared — noting that the house had also been completely remodeled, which added sweat equity to the already competitive housing market.

Rather than buying another home, she’s decided to build this time around.

“I didn’t want to compete with other buyers in the market,” Garton noted. “(My fiancé and I) also couldn’t find anything that we loved in our price range, where we could find that if we built.”

On the same page as the VFA grads, Garton emphasized the importance of knowing what one wants and staying patient in the search, or in her case, the build.

In March 2021, Garton and her fiancé reserved a plot of land in Basehor, Kansas. On Thursday, they finalized and signed their build contract.

“Investing in real estate young can be really life changing,” Garton said. “But it does feel like an intimidating process. You have to have the right resources around you to feel competent enough to move forward. I would encourage anyone who’s considered homeownership to do their research on it. Regardless of the decision they make, don’t eliminate it as an option just because it seems intimidating.”

Channa Steinmetz is a reporter with Startland News, a member of the KC Media Collective. 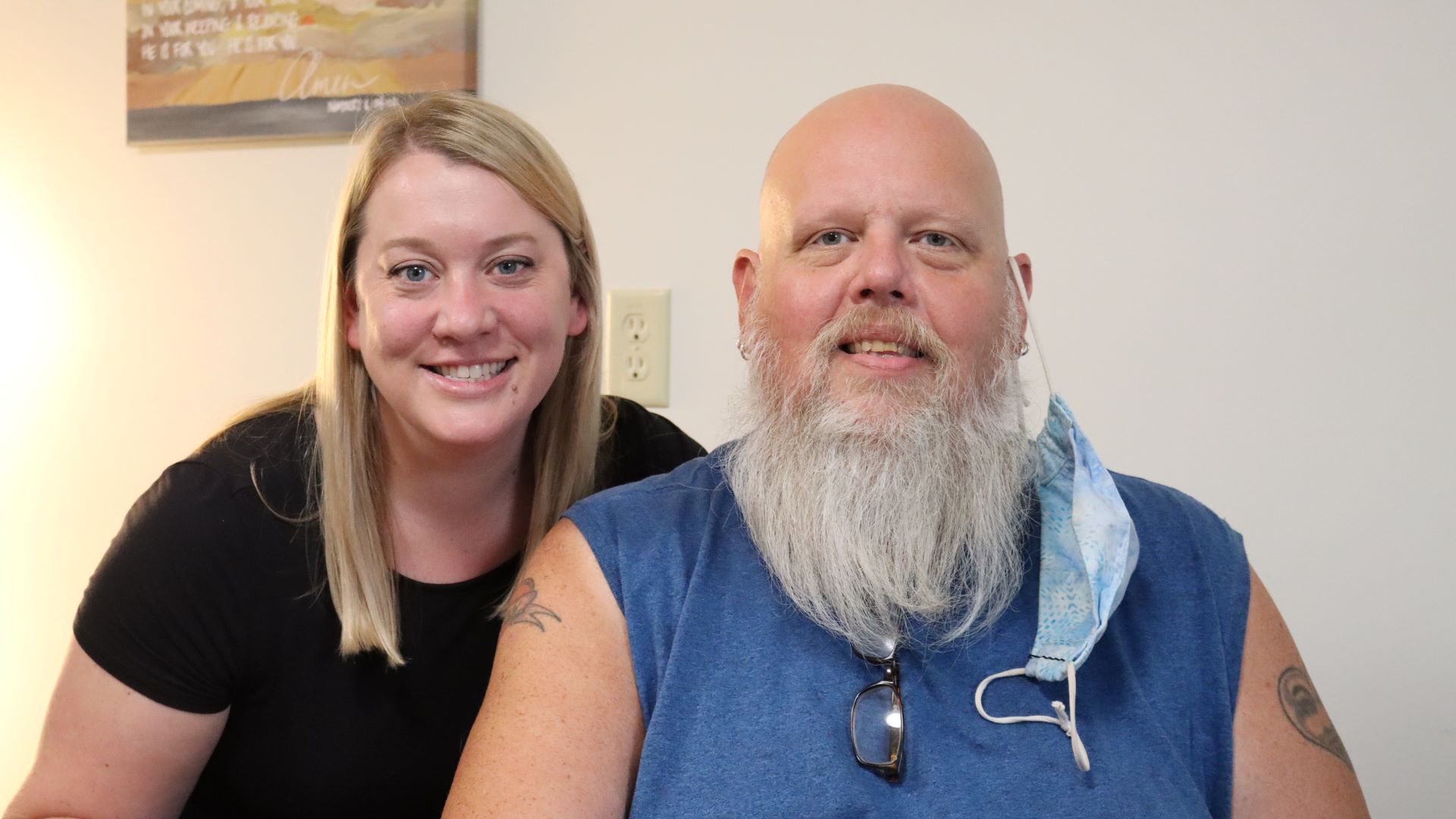 The Hidden Homeless of Rural America Unhoused people in rural areas of Kansas and Missouri often go unseen and unhelped. 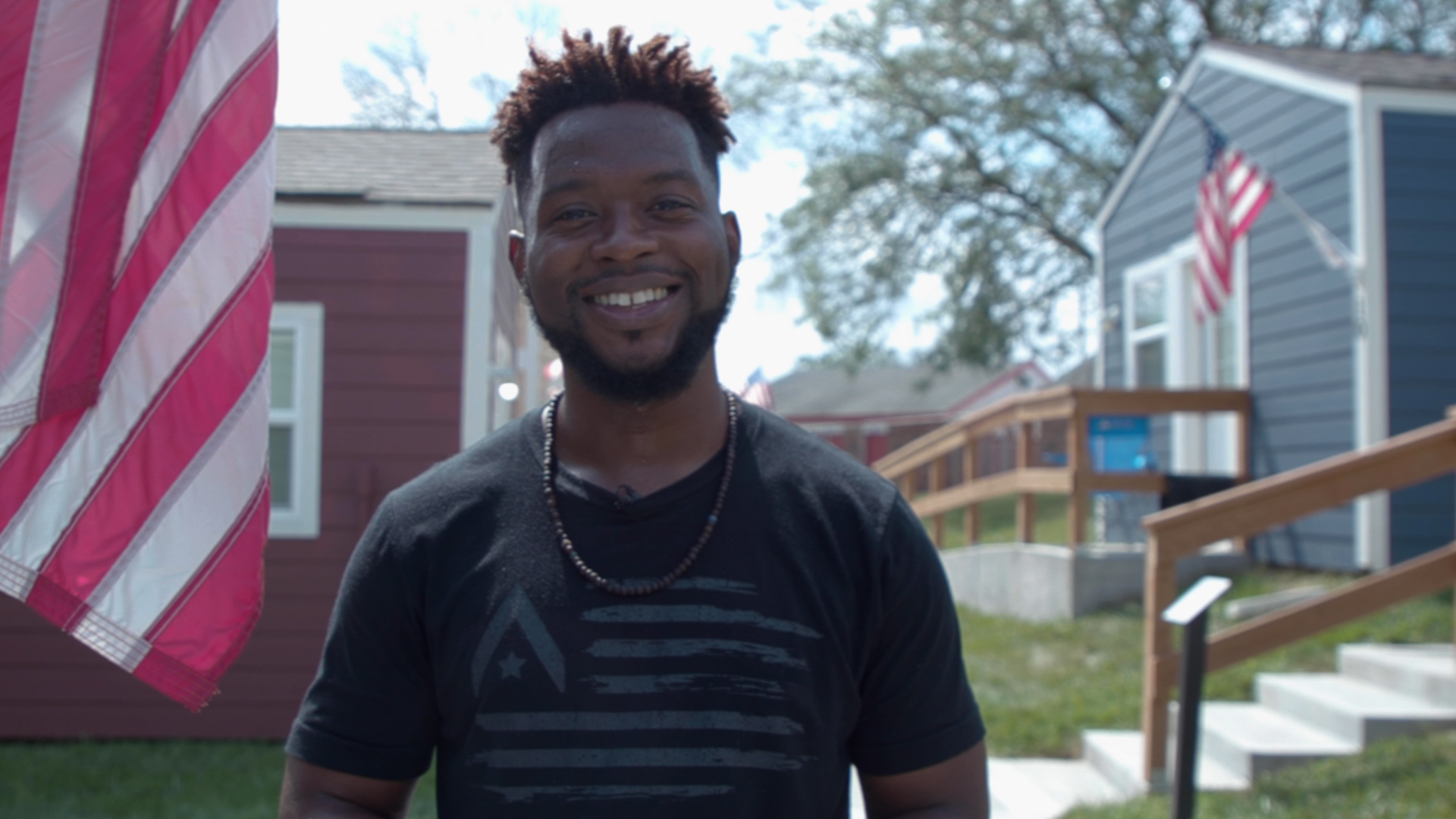 curiousKC | Tiny Homes Offer Path Out of Homelessness The Veterans Community Project offers tiny homes and supportive services for veterans seeking a path out of homelessness. 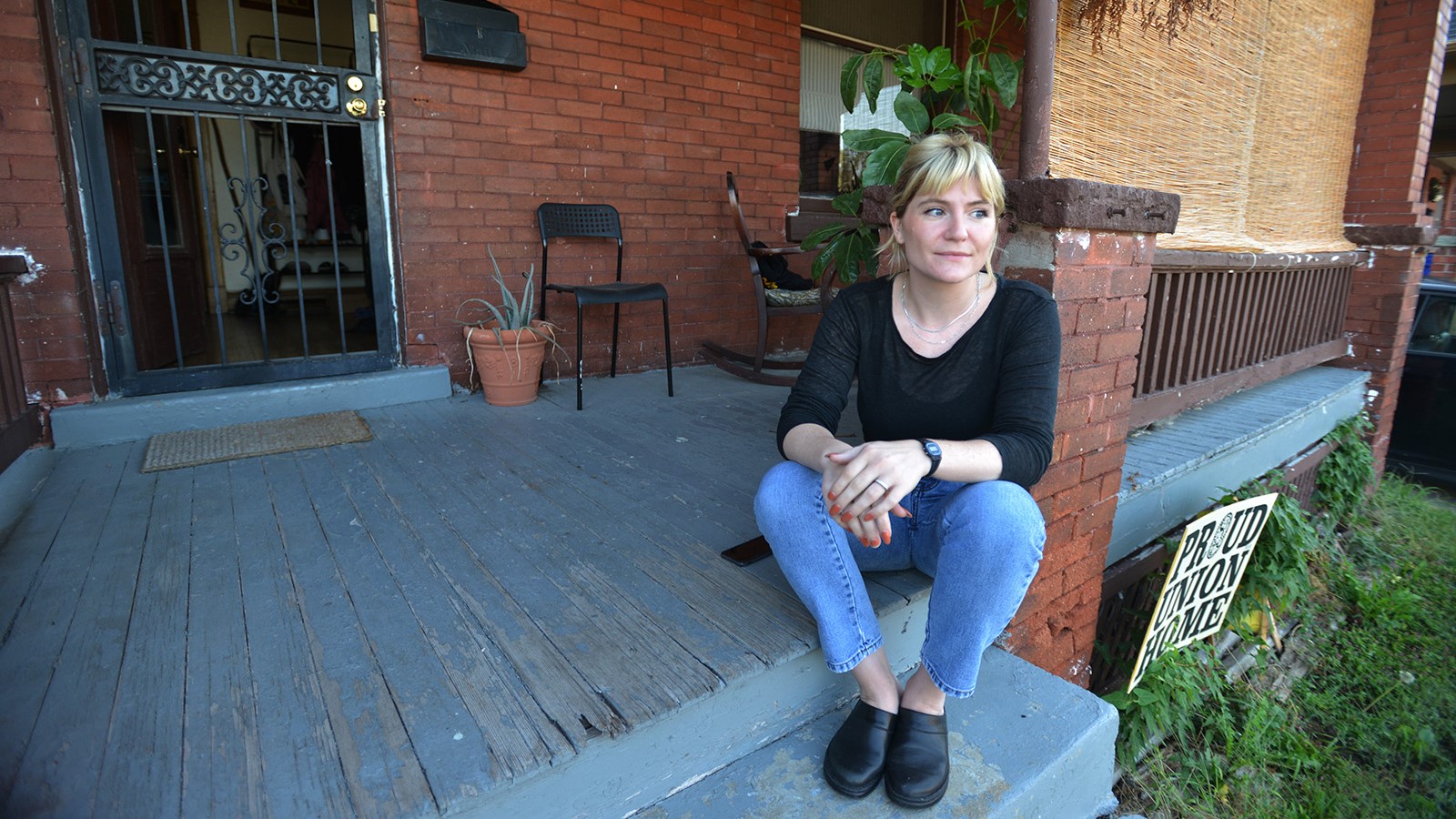 Rent is Going Up So Fast, It’s Not Just Pricing Out Residents — It’s Hurting Kansas City A Midtown “townie” priced off of her bus line. A retiree on fixed income forced out of her home of 17 years. Kansas City renters are facing substantial rent hikes, with serious repercussions.

Love is All Around