Why Missouri Medicaid expansion for veterans gets mixed reviews 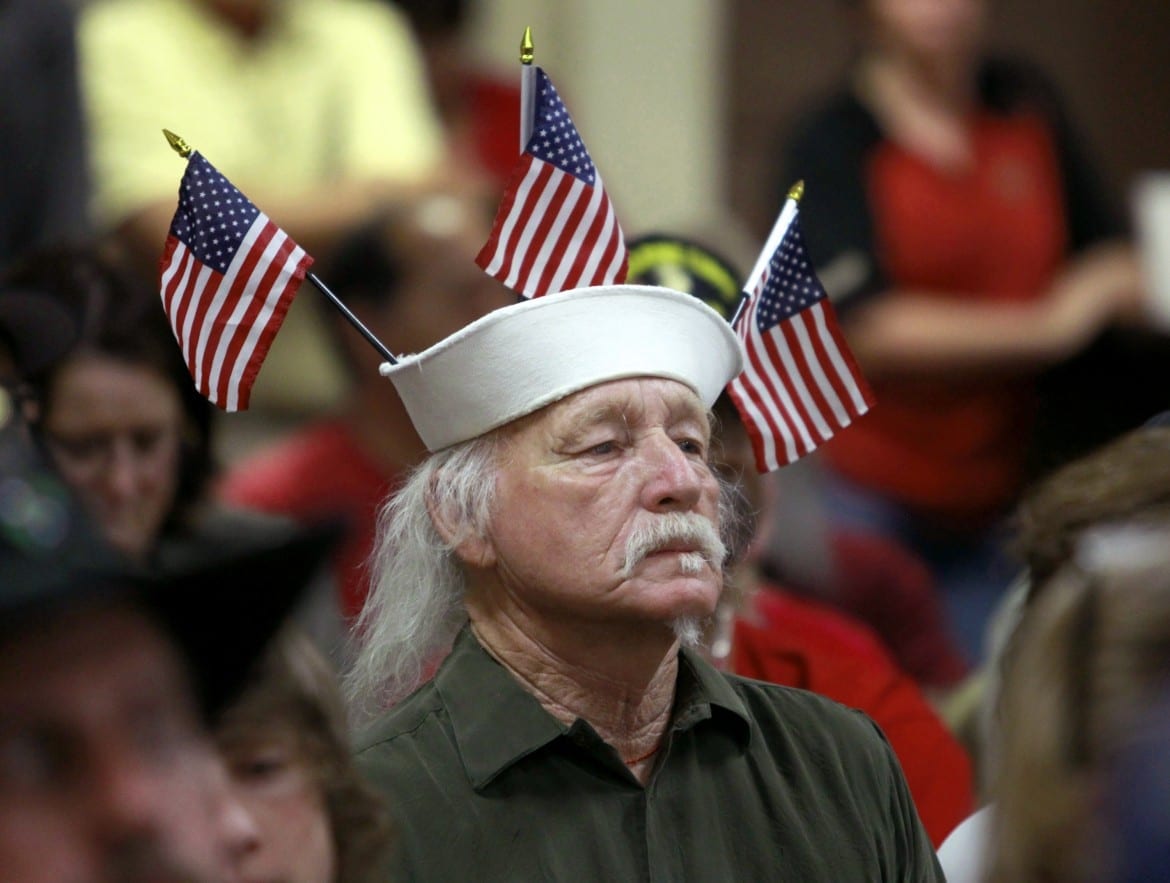 Republican Missouri State Sen. Ryan Silvey of Kansas City announced Tuesday a plan that would expand Medicaid for veterans and their families.

At a press event at the Capitol, Silvey introduced the Veteran’s Family Healthcare Act, which would provide Medicaid coverage for veterans, their spouses and dependent children with incomes between 19 percent and 138 percent of the federal poverty level.

“If we can’t solve the whole problem, let’s solve a piece of it,” Silvey said.

The plan is designed to help fill the “coverage gap” for those with incomes too low to qualify for federal insurance subsidies under the Affordable Care Act and too high to qualify for the current state Medicaid program.

Spouses and children of deceased veterans would also be eligible for coverage.

Silvey estimates around 50,000 veterans and family members would benefit from the expanded eligibility.

For many healthcare advocates who have been lobbying to expand Medicaid for all Missourians in the coverage gap, Silvey’s plan is a step forward.

“It’s the beginning of a discussion that needs to happen in this 2015 legislative session,” says Andrea Routh, executive director of the Missouri Health Advocacy Alliance.

Thomas McAuliffe, Director of Health Policy for the Missouri Foundation for Health, applauded the proposal, but he said it wouldn’t affect his group’s campaign for full Medicaid expansion.

“It’s very much a kind of ‘yay/boo,’” McAuliffe said. “Yay: those who might be uninsured may have some hope, but – boo: the people who are not veterans and still citizens of the state of Missouri do not have that same opportunity.”

Some of the Missouri senate’s strongest Medicaid expansion opponents, including Republican Sen. Rob Schaaf of St. Joseph and Republican Ed Emery of Lamar, have already signaled resistance to Silvey’s proposal.

“It sounds like just a stripped-down version of the Medicaid expansion,” Emery said. “I think trying to leverage the veterans to get approval there is probably not fair to the veterans.”

Emery, Schaaf and many conservatives have fought Medicaid expansion over concerns about costs and resistance to expanding government programs.

Silvey is a reluctant proponent of Medicaid expansion. The senator opposed the Affordable Care Act but has sought a compromise that would expand the state program while addressing conservatives’ concerns.