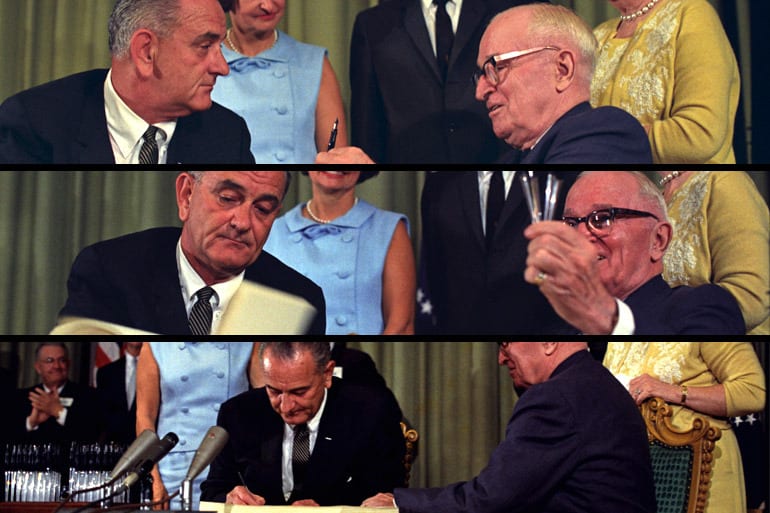 Medicare, the federal health insurance program for the elderly and disabled, has come a long way since its creation in 1965 when nearly half of all seniors were uninsured.  Now the program covers 55 million people, providing insurance to one in six Americans.  With that in mind, Medicare faces a host of challenges in the decades to come.  Here’s a look at some of them.

While Medicare spending growth has slowed in recent years – a trend that may continue into the future – 10,000 people a day are becoming eligible for Medicare as the trend-setting baby boomers age. Yet the number of workers paying taxes to help fund the program is decreasing.  That means Medicare will consume a greater share of the federal budget and beneficiaries’ share of the tab will likely climb. An abundance of proposals to curb federal expenditures on Medicare exist.  They include increasing the eligibility age, restructuring benefits and cost-sharing, raising the current payroll tax rate and asking wealthier beneficiaries to pay more for coverage.  Many Republicans have backed a “premium support” model — the government would give beneficiaries a set amount of money to purchase coverage from a number of competing plans — as a way to limit Medicare spending. Democrats say premium support would undermine traditional Medicare and shift more of the program’s financial risk to beneficiaries. They favor other reforms in the program. By at least two-to-one margins, majorities of Democrats, Republicans and independents favor keeping Medicare as it is rather than changing to a premium support program, according to a recent poll from the Kaiser Family Foundation. (KHN is an editorially independent program of the foundation.)

Most Medicare beneficiaries don’t have a lot of money and spend a large chunk of their finances on health care. Unlike many private health insurance plans, there is no cap on out-of-pocket expenditures in traditional Medicare, and the program does not cover services that many beneficiaries need, such as dental care and eyeglasses. (Private insurers that participate in Medicare Advantage may cover these and other items that traditional Medicare does not.) In 2013, half of all people on Medicare had incomes below $23,500 per person, and premiums for Medicare and supplemental insurance accounted for 42 percent of average total out-of-pocket spending among beneficiaries in traditional Medicare in 2010, according to an analysis from the Kaiser Family Foundation. Medicare does have some programs to help beneficiaries pay their Medicare expenses but the income limits can be as low as $1,001 per month with savings and other assets at or below $7,280 (limits are higher for couples).

Illnesses such as heart disease or diabetes can ring up huge medical costs, so keeping beneficiaries with these conditions as healthy as possible helps not only the patients but also Medicare’s bottom line. An analysis from the Urban Institute finds that half of all Medicare beneficiaries will have diabetes in 2030 and a third will be afflicted with heart disease. Nearly half of the people on Medicare have four or more chronic conditions and 10 percent of the Medicare population accounts for 58 percent of spending. Reducing the rate of chronic disease by just 5 percent would save Medicare and Medicaid $5.5 billion a year by 2030 and reducing it by 25 percent would save $26.2 billion per year, the Urban Institute found. As beneficiaries age, many will want to remain in their homes and communities, requiring Medicare to identify ways to serve these beneficiaries as they face physical and cognitive impairments and meet their needs for more personal care, according to the Commonwealth Fund.

Medicare hopes to better manage beneficiaries’ needs by revolutionizing the way in which it pays for medical care. Federal officials have taken several steps to better coordinate and improve medical care, including implementing the health law’s requirement to reduce preventable hospital readmissions and form accountable care organizations, or ACOs, where doctors and others band together to care for patients with the promise of getting a piece of any savings.  Another federal effort uses bundled payments, where Medicare gives providers a fixed sum for each patient, which is supposed to cover not only their initial treatment but also all the follow-up care. Last year, 20 percent of traditional Medicare spending — $72 billion — went to doctors, hospitals and other providers that coordinated patient care to make it better and cheaper.  Department of Health and Human Services Secretary Sylvia M. Burwell has said that by the end of 2018 Medicare aims to have half of all traditional program paymentslinked to quality.

The Growth of Medicare Advantage

Enrollment in these private plans that offer alternative coverage is growing sharply. But the health law seeks to cut the rate at which the government reimburses insurers to make it closer to what it spends on beneficiaries in traditional Medicare. Nearly a third of beneficiaries are enrolled in Medicare Advantage plans.   Many of the plans provide benefits beyond what traditional Medicare covers, such as eyeglasses and dental care, as well as lower out-of-pocket costs.  But as federal payment rates decline the plans may become less generous.  Another factor to watch is concentration in the Medicare Advantage market with just a handful of insurers now accounting for more than half of enrollment.