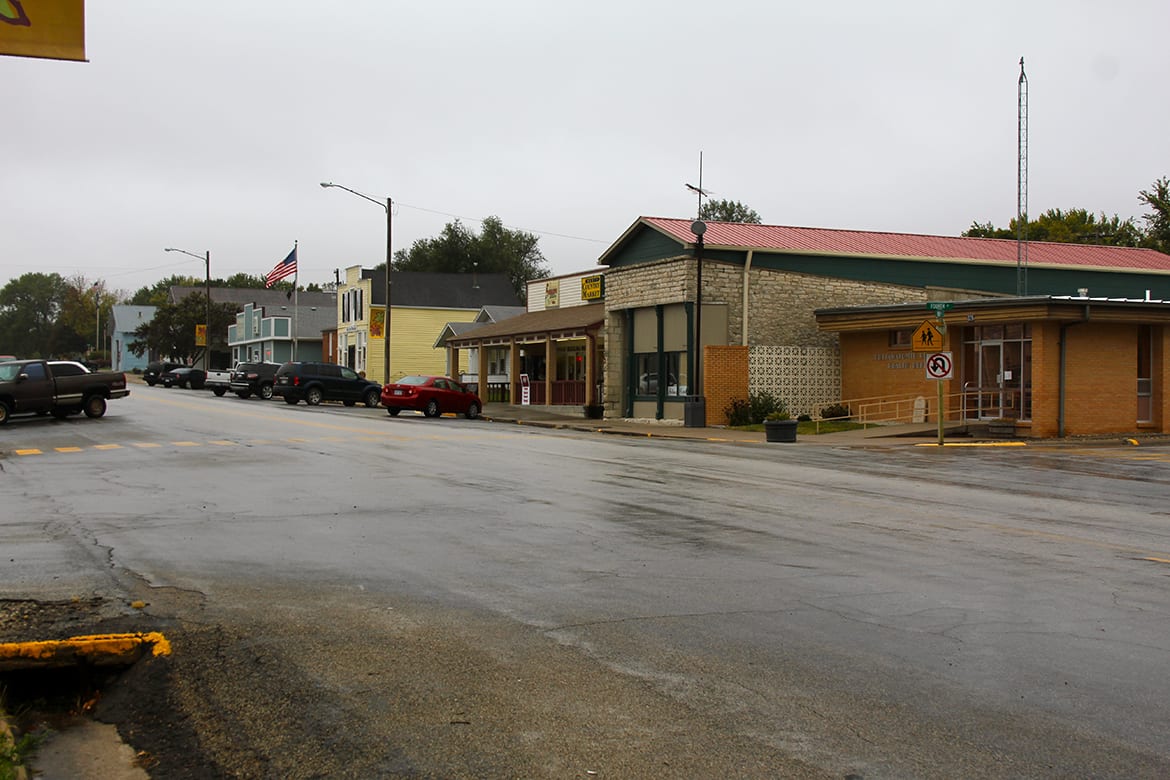 [row class=”row-fluid”][col class=”span12″]
TOPEKA – Even as local health officials prepare for the unlikely event of an Ebola outbreak in Kansas, some have had their hands full trying to convince people in their communities to take basic measures to contain the spread of more prevalent, contagious and preventable diseases like measles and pertussis.

Kansas has seen spikes in both illnesses this year, leading some health officials to issue orders of quarantine and others to ask people to voluntarily stay home.

Those requests were not always well-received.

“People weren’t as encouraged to act for the community good,” Pottawatomie County Health Director Leslie Campbell said of a local pertussis outbreak this year involving more than 100 confirmed cases. “They were kind of bucking that ‘staying-home-for-five-days’ (request).”

Adrienne Byrne-Lutz, interim director of the Sedgwick County Health Department, said her department issued six letters of quarantine to “high-risk exposures” during the summer measles outbreak that spread from Johnson County to sicken 11 people in the Wichita area.

She said the letters were issued to people who were exposed while visiting the area and planned to travel back to their homes in other states. Some already had bought plane tickets, and Byrne-Lutz said the official letters helped the department secure refunds from the airlines and get them time off work.

Byrne-Lutz said the people involved were “not happy” in some cases to be quarantined in Sedgwick County residences, but they were cooperative. They were monitored daily by county health officials, and the effort proved prescient in the end.

“One person who was under quarantine did become ill from measles,” she said.

Byrne-Lutz said the 11 cases in Sedgwick County resulted in one hospitalization but no deaths. The outbreak has since been declared over.
[/col]
[/row]

In Kansas, county health officials are the first line of defense. They have the authority to unilaterally order individuals into quarantine to prevent the spread of infectious disease. According to the National Conference of State Legislatures, public officials have not exercised that power on a wide scale since the Spanish Flu pandemic of 1918.

Jeff Hershberger, public information officer for the Kansas City, Mo., Health Department, said Ebola is not likely to cause a similar reaction because it is spread only through direct contact with the bodily fluids of an infected person.

“It’s highly unlikely we as a health department would be doing any isolating or quarantining of anyone because of Ebola,” Hershberger said.

He said some hospitals might choose to isolate those who already had Ebola, which thus far has not been confirmed any closer to the Kansas City area than Dallas, where two hospital workers have been infected with the virus.

Hershberger said his department is far more likely to order quarantine for those exposed to more contagious diseases like measles, which spreads through the air.

“If you’re not immunized, you can catch measles just by walking through the room where somebody with active measles had been two hours before,” he said.

Measles infected hundreds of thousands of Americans before routine vaccinations began in the 1960s. The potentially deadly disease was nearly eliminated from the country by 2004, when a record-low 37 cases occurred nationwide. Only 55 cases were reported in 2012.

Vaccination rates in some parts of the country have been dropping, though, in part due to concerns about a link between autism and the measles, mumps and rubella shot. Those concerns persist despite a lack of research evidence to support them. As a consequence, measles incidence is up significantly this year, with the federal Centers for Disease Control and Prevention reporting 594 cases through September.
[/col]

Kansas law designates the commissioners of counties as the county boards of health for their respective counties. Each county board appoints a person licensed to practice medicine and surgery to serve in an advisory capacity to the county board of health and as the local health officer.

The law outlines duties of the local health officer:

• Investigating of each case of acute infectious, contagious or communicable diseases as may be required.

• Preventing the spread of any such infectious, contagious or communicable disease.

• Making or providing for a sanitary inspection of each school building and grounds, and such additional inspections thereof as are necessary to protect the public health of the students of the school upon the opening of the fall term of school.

• Performing such other duties as this act, his or her county or joint board, or the secretary of health and environment may require.
[/col]
[/row]

Kansas City, Mo., has confirmed 13 cases of measles this year. Hershberger said city health officials always try to convince those exposed to stay home voluntarily, but the prospect of missing work can make that a tough sell.

“Sometimes they will feel a little pushback from their employer, but whenever we call and say they’re staying home because we’re telling them to, they usually roll with it,” he said.

Hershberger said that for food service workers, it helps that the city’s food safety code already bars them from working while ill. Their employers are accustomed to those calls.

But others are not, and measles complicates the situation because infected people can spread it even when they have no symptoms.

Hershberger said that necessitated some extra explanation when his department asked an entire family exposed to measles to stay home.

“There was an initial feeling of, ‘We shouldn’t have to stay home; we’re not sick,’” he said. “But once we explained to the family with measles you can actually be contagious and give the disease to somebody five or six days before you feel sick, they were like, ‘Oh yeah, we’ll go along with that.’”

In those situations, local and state health officials are authorized to enlist law enforcement help in isolating people who are infected or potentially infected.

Sara Belfry, spokeswoman for the Kansas Department of Health and Environment, said the agency had not issued any quarantine orders this year, but KDHE Secretary Dr. Robert Moser would consider the measure if necessary.

“He would issue orders if he found it to be medically necessary and reasonable to prevent or reduce the spread of the disease,” Belfry said via email. “Each case is evaluated in conjunction with local health officials, and a determination would be made with the input of local health officials.”

Before issuing such orders, health officials seek voluntary cooperation from the community. In this year’s outbreaks of measles and pertussis, response to those requests has been mixed.

Campbell, the health director in Pottawatomie County, said most residents became cooperative when informed of the risks of spreading pertussis, commonly known as whooping cough. But there were pockets of resistance, and the outbreak strained the resources of the county health department, which has eight full-time and five part-time employees.

“It has caused us a lot of issues, I can tell you, for my workforce,” Campbell said. “We had to have all hands on deck.”

Pottawatomie County has a population of about 23,000. At the beginning of September, KDHE had confirmed 17 cases of pertussis in the county. Numbers provided by KDHE through Oct. 4 showed 84 cases, and Sarah Fornshell, the county’s communicable disease nurse, said last week that the toll has since surpassed 100.

Both Fornshell and Campbell said mass vaccination efforts and isolation of those exposed now seem to be stemming the tide.

“Yes, we actually haven’t had a new case for a week, so we’re knocking on wood,” Campbell said.

Pertussis causes fits of unrelenting, deep coughs that make it difficult to breathe, thus causing the gasping sound that provides the disease with its nickname of whooping cough.

It disrupts sleep, causes muscle aches and can be fatal, particularly in infants and others with compromised immune systems.

A vaccine for the disease was developed in the 1940s and, now combined with inoculations against tetanus and diphtheria, has helped drive rates far below pre-vaccine levels. According to KDHE’s annual report, Kansas had just 52 confirmed cases of pertussis in 2011.

But the disease appears to be making a comeback, both in Kansas and nationwide. A 2013 study published in the BMJ (formerly the British Medical Journal) showed that the vaccine, while still far more protective than going unvaccinated, was less effective against pertussis than against tetanus and diphtheria.

According to the federal Centers for Disease Control and Prevention, Kansas had 347 cases of pertussis last year. This year KDHE has confirmed 262 cases, most of them in Pottawatomie County.

The county includes St. Mary’s Academy and College, a community of Catholics who have splintered from the mainstream church and are less likely to vaccinate than the general population.

Fornshell and Campbell also said they occasionally met resistance outside that community to their requests that people exposed to pertussis stay home for five days and take prophylactic antibiotics.

Fornshell said one person threatened to physically harm her and another agreed to stay home only after she explained to him that if he went out and spread pertussis after being warned not to, he could be held legally liable.

Stopping the disease as it spread through some county schools also proved a challenge.

“The biggest kickback we probably had was (from) students and teachers,” Campbell said. “The community was more (receptive), but the teachers were really upset about staying home for five days. They only get so much sick leave.”

With the help of a school nurse, Kyra Stromgren, the county health department managed to get nearly 100 percent vaccination coverage for Kaw Valley USD 321 public school employees by requiring them to prove vaccination against pertussis or receive the vaccine within 24 hours, take a five-day course of antibiotics or leave work voluntarily until 21 days since the building’s last pertussis case.

“Once we did that, we didn’t see another single case (in the district),” Fornshell said.

Campbell said her department has distributed about 800 free pertussis vaccines — provided by KDHE — since the outbreak began. She said the county has been fortunate that most cases have been mild, and she has received no reports of whooping cough deaths.

In Sedgwick County, Byrne-Lutz said increased vaccination coverage was key to stopping the measles outbreak before any fatalities.

While not foolproof, widespread use of the measles vaccine has generally provided enough “herd immunity” to prevent the infections of those for whom the inoculation did not provide 100 protection, as well as those who are unable to receive it from getting sick.

Byrne-Lutz said 10 of the 11 who became ill in her county had not been vaccinated, but that was because several of those infected were infants too young to receive the shot.

Among others who could have had the vaccine and opted out, she said the outbreak has changed some attitudes.

“We had adults come through who said their parents didn’t agree with vaccines so they weren’t vaccinated,” Byrne-Lutz said. “But they were getting vaccinated now.”