Three candidates for Kansas City mayor gathered for their first, and likely only, forum before the primary 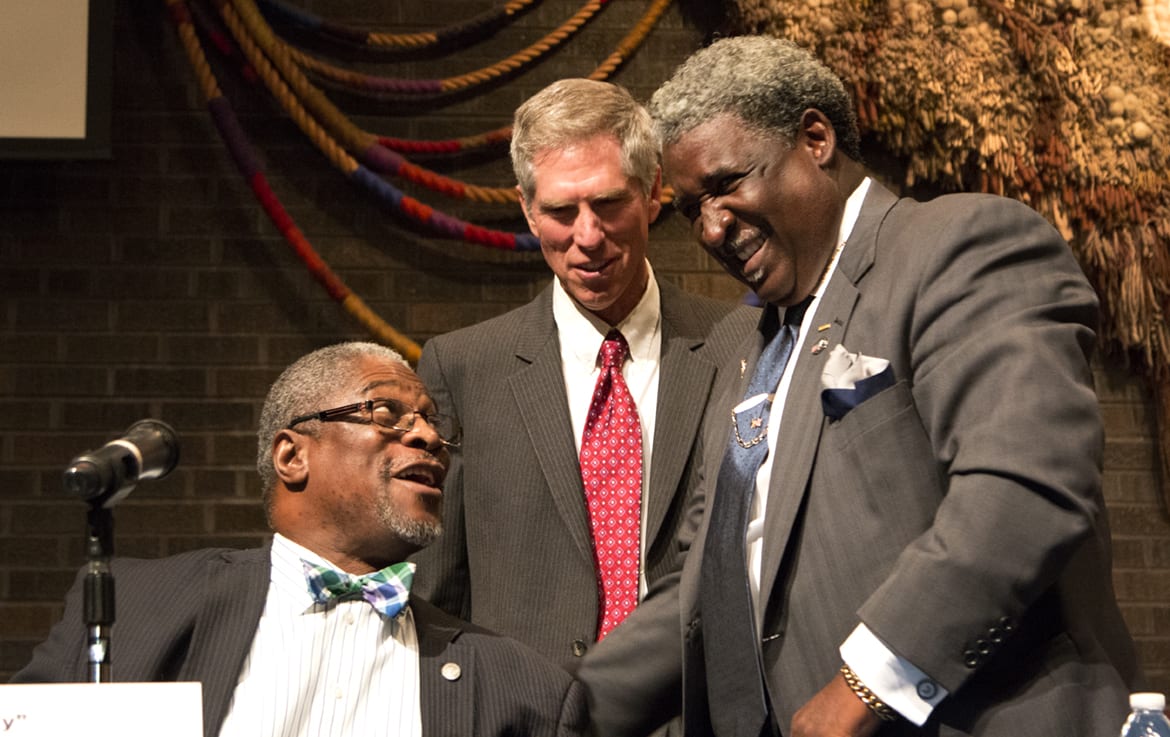 The Kansas City Mayoral primary is less than two weeks away, and the three candidates met for the first time to answer questions from a crowd of about 125 people Tuesday night.

Mayor Sly James and candidates Clay Chastain and Vincent Lee took turns during the 90-minute forum — sponsored by the League of Women Voters — stating their positions on everything from what to do with the
American Royal to the question of a new Kansas City International Airport and downtown stadium to questions about how to curb violence in Kansas City and whether or not to keep the 1 percent earnings tax.

The event was held at the All Souls Unitarian Universalist Church at 4510 Walnut St. It’s likely the only time the three will be seen together during this lopsided race that most pundits have already called for James.

Clay Chastain, well-known in Kansas City for his unsuccessful light-rail proposals, came out in his opening statement swinging at Mayor James.

“Mayor James can’t lead,” he said. “He doesn’t listen to the voters, the people; he’s run a boss-style administration. He’s had a demeanor that when he’s challenged, he kind of has a huffy-puffy attitude, and his vision has not inspired the people.”

That was as confrontational as the forum got during the 90 minutes of answering written questions from the crowd. All three differed greatly on how to handle major issues, like the 1 percent earnings tax.

“Without the earnings tax, this city has a serious problem,” he continued. “There is no way, there is no method, there is no other tax that we can levy that will offset the loss of $200 million dollars in our general fund.”

Chastain would get rid of the tax by phasing it out over 10 years and replacing the money through economic growth.

“As the city grows under my leadership, as we have more people moving in here, more jobs, more economic revenue, we scale it back to a 1/2 percent, then in 10 years, we eliminate it all together,” he said.

“I think we need to increase it,” Lee said of the tax, citing the need for more money to pay for infrastructure.

“We have to find ways to generate money,” Lee said. “Put it on those that come into our city to make money. I think they make enough money to give us a little bit more back.”

For more coverage and discussion of the forum, watch “Kansas City Week in Review” on KCPT this Friday. Also listen to the video as the candidates give the top-three priorities they would pursue, should they be elected.

The primary is April 7, with the top-two advancing to the general election June 23.