In what could be a significant policy decision for future development along the expanded KC Streetcar line, City Hall’s desire to promote greater residential density overruled neighborhood parking objections Tuesday.

It would feature mid-rise apartment buildings and provide 193 parking spaces for residents and businesses. It also would include ground floor retail space and be located next to a planned streetcar stop.

Plan Commission testimony pitted the developer, planners and city officials who want to steer Kansas City away from its car dependence against nearby residents who said they have a big challenge already finding on-street parking.

“One of the bigger concerns our neighbors have with this proposed project is how few parking spaces are provided for their residents,” said Nadja Karpilow, president of the Old Hyde Park Historic District Neighborhood Association.

“We believe despite the streetcar and the bicycle facility, that Kansas Citians are still part of the American love affair with the car.”

“This project meets the vision we’ve got for Kansas City in a lot of ways,” Platt said. “It adds much-needed density to a transit corridor. It adds a variety of retail options. It promotes walkability and transportation-oriented development along the streetcar line.

“This is the type of project you’re seeing all over the country. To be honest, the only difference is you may be seeing higher density and lower parking rations in a lot of other cities.”

City planners supported Mac’s request to have a ratio of 0.6 spaces per unit.

In a presentation, planner Ahnna Nanoski noted that existing zoning required one parking spot per unit, but said that ratio could be changed if the project was granted the Master Planned Development zoning requested by the developer.

“Because of the intense amount of public transportation in the area, city staff supports the one-half space per unit,” she said.

Peter Cassel, Mac director of community development, said the project had been reduced from its original 325 units to 318 to slightly increase the parking ratio in response to neighborhood concerns.

Residents were not satisfied, noting the 40% of the apartments in the Mac plan would be two-bedroom units. The remaining units would be 40% one-bedroom and 20% studios.

“The market rate units are for people who have money who will have one or mostly likely two cars per unit,” said Brenna Paxton. “It is very, very challenging to park. I already have to walk at least three blocks to get back to my apartment.”

Several opponents asked the Plan Commission to delay consideration to provide time to plan a long-term policy for street parking. One suggestion was to issue resident parking permits, but officials said the city is not prepared to enforce a permit system.

“We need time to come up with a parking plan to help all the people already there,” said Mary Farmer, the owner of several rental properties in the area.

Kevin Klinkenberg, executive director of Midtown KC Now, said his organization supported the project but acknowledged the city needs to come up with better parking policies in the Main Street corridor.

“We’re going to have to talk more about parking management and enforcement over time as we get more people repopulating the city,” he said.

The proposed height of the new buildings being proposed by Mac also was criticized as too tall by a couple of opponents. The Mac plan calls for 10-story buildings along Main and Armour, and the renovation of the existing US Bank building at the corner.

Cassel said the proposed development was the kind of urban residential project that city leaders have envisioned for Main Street.

“If Kansas City is not going to build at scale here at Armour Boulevard along the Main Street streetcar in the middle of town, then where?” he asked. “This is exactly the place where decades of elected officials and staff have planned for us to build density.”

In voting to support the rezoning, City Plan Commission members agreed the project was in line with the city’s long-term vision for development along Main Street.

“Essentially this is a project that fulfills a lot of the planning visions for this area and for the density of the urban core,” said Commissioner James Baker. “It’s hard to vote against that.”

In response to questions, Cassel estimated the earliest the project would be completed was 2026, noting US Bank still has one year remaining on its lease.

“That’s one thing that gives me more comfort,” Baker said. “We’re talking about a project that won’t be completed until 2026, after the streetcar is running.

“That gives us three-plus years to work on different solutions in the neighborhood.” 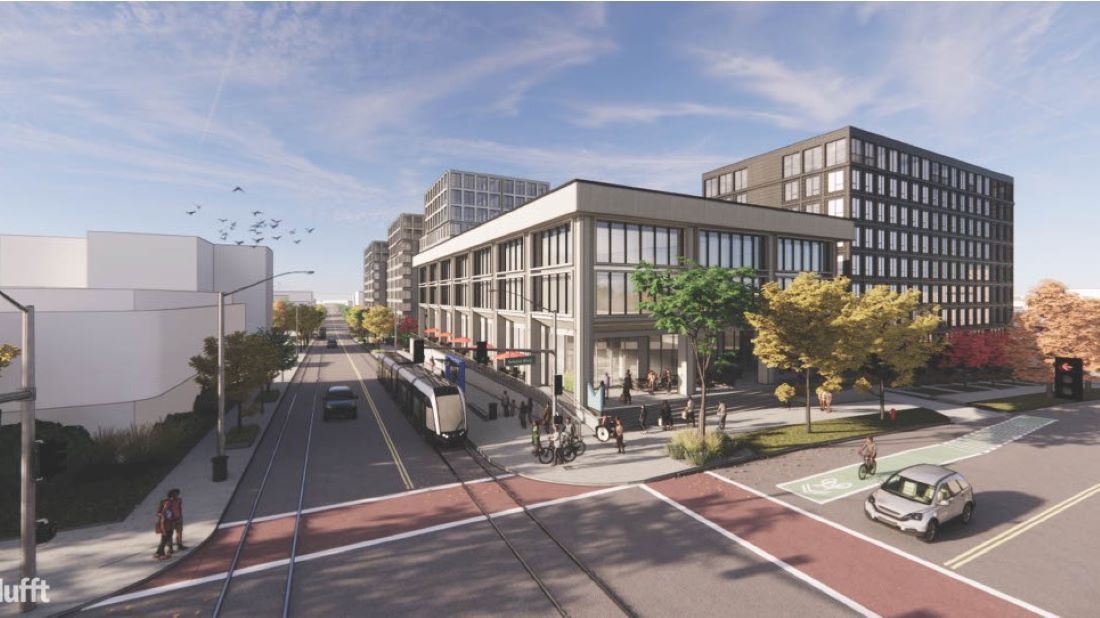