KANSAS CITY, Missouri — Utility providers across Kansas and Missouri may soon be able to retire coal-fired power plants faster as the energy sector accelerates its transition to renewable energy sources.

Kansas already passed legislation that allows companies to shutter coal plants, which release considerable amounts of carbon dioxide, without the financial hit that would otherwise come from closing them before the end of their lifespan. Similar legislation is working its way through the Missouri General Assembly with less than two weeks before the session is set to end.

The impact for Kansas and Missouri customers could be a “game changer,” said Zack Pistora, a lobbyist for the Kansas chapter of the Sierra Club, a national environmental group. He said in the coming years, ratepayers could save millions if Evergy opts to retire coal plants.

“That’s a big reason to like this, but another huge benefit is that by retiring expensive coal, we also clean up our energy mix because we get rid of our dirtiest energy as well,” Pistora said.

The policy, known as securitization, essentially allows utility companies to refinance the debt they took on to build or improve coal power plants much like someone would refinance their mortgage. A third party issues bonds to repay the utility’s investment in the facility, and ratepayers pay back those bonds at a lower interest rate than the utility was originally set to earn on the investment.

By removing coal plants that environmental groups say are generally more expensive to operate, the utility companies can free up funds to invest in more renewable energy.

“This could make a pretty dramatic change in not only the generating capabilities … but I think it could actually help consumers quite a lot going forward,” said Missouri Sen. Mike Cierpiot, a Lee’s Summit Republican.

It’s the rare issue that has the utility companies, environmental groups and industrial groups singing the same tune. The Missouri Senate’s version has broad, bipartisan support and passed the chamber 29-1. That version came up in the House Utilities Committee on Monday where it faced no opposition. The committee passed it easily on Wednesday.

While some House members would like to tweak the fine print of the bill, it seemed the concept of securitization was a popular one.

Testifying in support of the bill was James Owen, executive director for Renew Missouri, which advocates for more renewable energy.

“You don’t often see us here in favor of something in the same way (as) the utilities or the chamber of commerce,” Owen said.

A House version of the bill passed that chamber 149-0 and passed a Senate committee late last month. It passed the Senate’s Fiscal Oversight Committee Wednesday morning, meaning it can come up on the Senate floor at any time. Cierpiot said he expected it to come up for debate in the Senate in the next few days.

That version of the legislation, however, includes a provision that is unpopular with environmental groups. It would bar local governments from requiring that new buildings be powered only with electricity, not natural gas.

Berkeley, California, was the first city in the nation to adopt the rule.

Burning coal releases even more carbon dioxide than other fossil fuels, such as natural gas or diesel, releasing more greenhouse gases that contribute to climate change.

After the addition of its wind farm near Kirksville earlier this year, about 15% of Ameren’s energy comes from renewable resources, up from just 5% before Ameren purchased the High Prairie Renewable Energy Center, said Ajay Arora, the utility’s chief renewable development officer.

Evergy currently gets about a quarter of its power from renewable sources.

Coal is still the largest single source of energy generation for both utilities. Evergy gets 37% of its power from coal. Before Ameren acquired its wind farm, which has 175 turbines capable of powering 120,000 homes, almost 70% of its generation came from coal.

“I think the fact that this can be used to shift away from coal burning plants — that’s massive. That’s substantial,” Owen said. “That’s going to be a huge win for the environment.”

The bill doesn’t require any utility to retire coal plants. And neither utility accounted for securitization when they filed their integrated resource plans with Missouri regulators because the legislation had yet to pass. The integrated resource plans, essentially a five-year capital plan, were issued in 2020 for Ameren and last week for Evergy. Collectively, the two companies are only looking at retiring two coal plants by 2025 — the Lawrence Energy Center in Lawrence, Kansas, and the Meramec Power Plant in St. Louis.

“I believe that if securitization is available … you will see those timelines move up,” Owen said. “I hope they move up significantly.”

Ameren pledges to reach net-zero carbon emissions — even without securitization — by 2050. It plans to retire all its coal-fired plants by 2042.

“Securitization is a good tool for us to consider, but our transition did not rely on securitization,” Arora said. “We are fully committed to net-zero by 2050.”

Evergy pledges net-zero by 2045, again, without securitization. But it plans to operate some coal plants beyond 2040.

In an email, Gina Penzig, Evergy’s spokeswoman, said the company developed its integrated resource plan without factoring in securitization and said it would evaluate whether to ask Kansas regulators to use securitization for any remaining costs at the Lawrence plant.

“That decision has not been made,” she said.

Warren Wood, vice president of regulatory and legislative affairs for Ameren Missouri, also noted in a statement that the utility didn’t rely on securitization to develop its plan.

“While not necessary to execute our clean energy transition, we do support the legislation as it could be a helpful tool in the future,” Wood said.

Lobbyists for both of the investor-owned utility companies pledged support for securitization in House and Senate committee meetings.

Owen worried, however, that the utilities could use securitization to invest not in wind or solar energy, but natural gas. Similar legislation in other states has restricted utilities to renewable sources of energy.

But, he said, based on the plans Evergy, Ameren and other companies have filed with regulators, it’s clear they’re moving primarily toward wind and solar energy.

What’s less clear is just how much securitization could save customers on their bills.

The hope that securitization could save customers significant sums of money was central to the arguments Kansas proponents gave in favor of the legislation.

“We can achieve millions of dollars of savings just by having a different financial instrument here,” Pistora said.

According to the Sierra Club, Evergy’s coal-fired plants in Kansas run far below capacity, meaning ratepayers are paying for the debt issued to build them but not getting all the power they can from them. Retiring them sooner, Pistora said, could save millions.

Owen expected the legislation to be cost-neutral in the short term. In the long term, the transition away from coal and to renewable energy could save ratepayers a lot, he said.

Before Evergy, Ameren or any other utility provider issued securitized bonds to retire a coal plant, they would need approval from regulators — the Kansas Corporation Commission or the Missouri Public Service Commission.

Both boards also review and approve the rates Evergy and Ameren, both regulated monopoly providers, want to charge customers.

Legislators have been considering securitization for the past several years in both Kansas and Missouri. Both Pistora and Owen said utility companies came to the table this year, giving the legislation a boost.

There’s less than two weeks left in the Missouri General Assembly’s session, but Owen said he thought its progress through the legislative process was promising.

“I’m pretty pessimistic on this stuff,” Owen said, “but I give it an 85-90% chance of getting to the governor’s desk.” 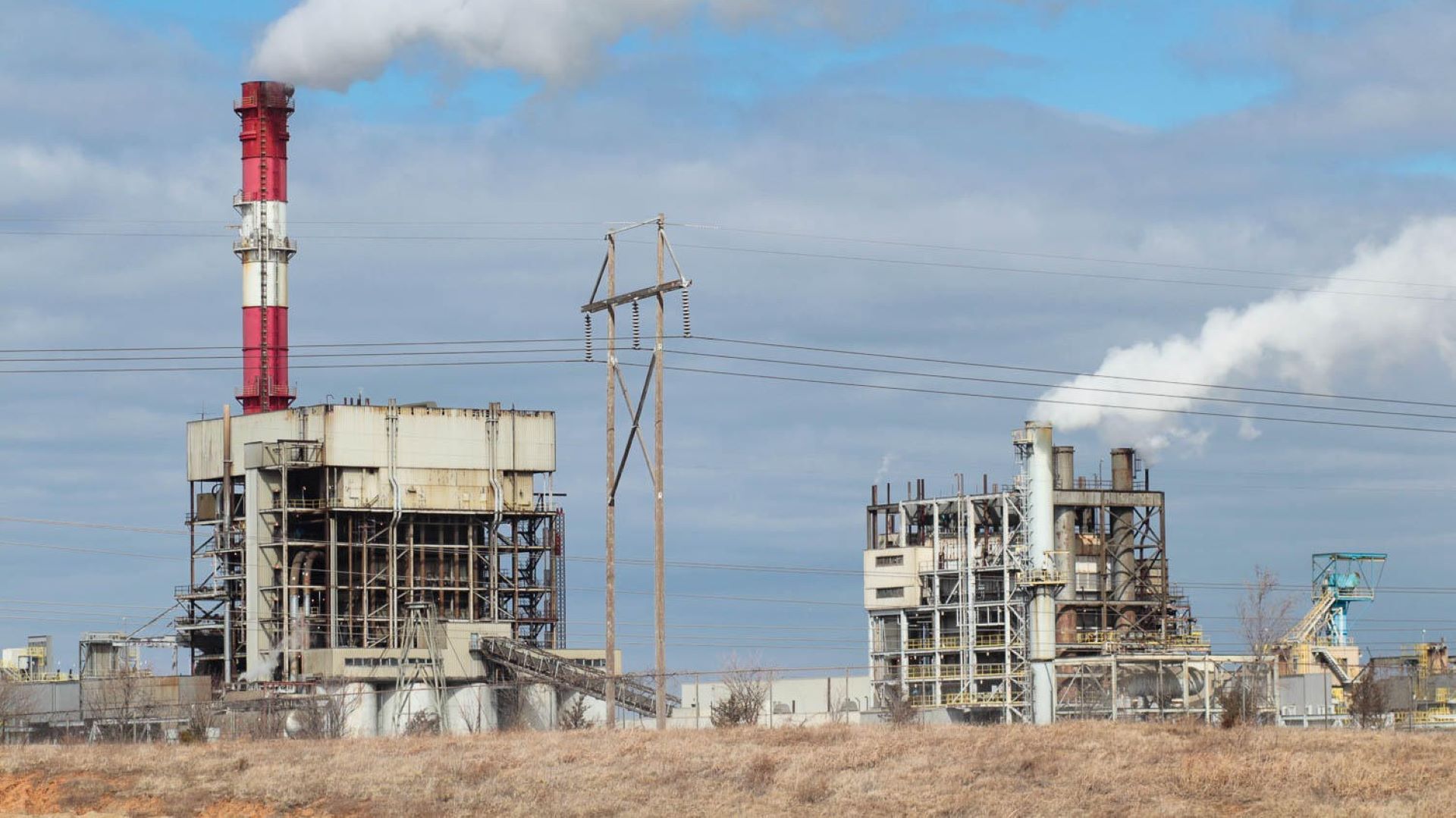 Evergy Plans Major Coal Shutdowns, But Environmental Groups Say It’s Not Fast Enough Under mounting pressure to ditch fossil fuels, Evergy plans to close nearly all of its coal-burning plants in the next 20 years.

Allison Kite is a data reporter with a focus on the environment and agriculture. This story first appeared on the Missouri Independent and Kansas Reflector, nonprofit news operations covering Missouri and Kansas state government and politics as part of States Newsroom.