Plus, First Lady in Topeka marking 60 years of Brown v. Board of Education 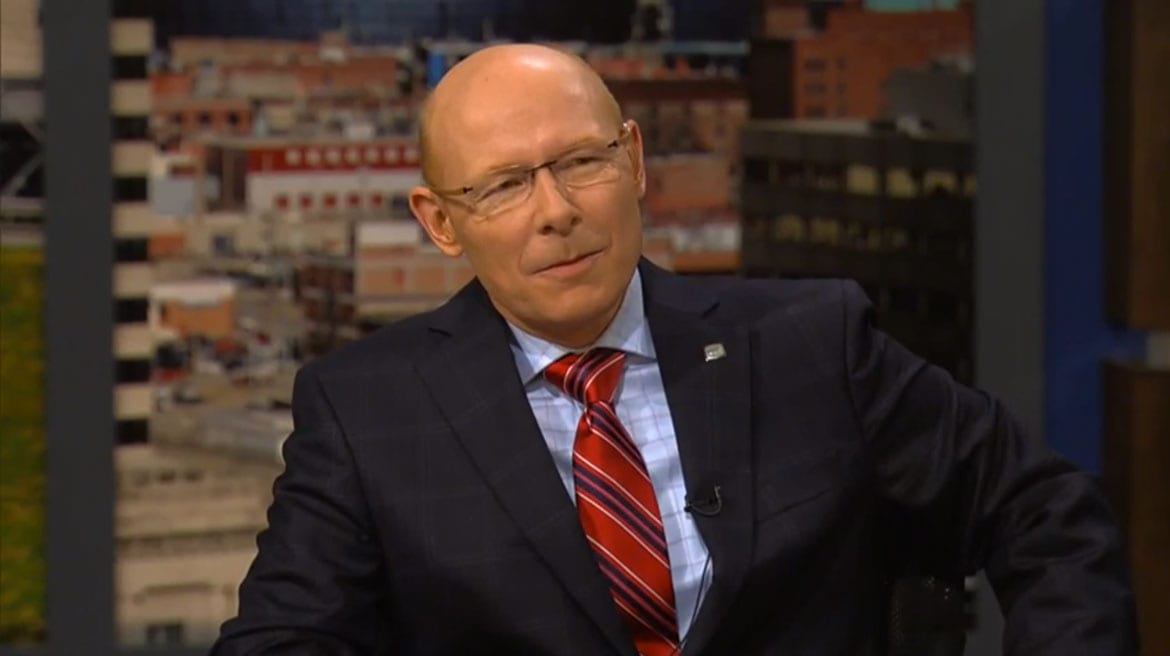 Kansas City’s feud with Lyft heads to federal court. City officials are trying to put the breaks on the new ride sharing service. They claim Lyft and its pink mustached vehicles are operating illegally in the city.
Its drivers, they argue, are bypassing the normal screening and certification process and  have not paid the required license taxes for their business activities. Now, a second ride sharing company has set up shop, San Francisco based UBER.  These companies operate in dozens of other cities from coast to coast. Why is it a problem here?

MICHELLE OBAMA IN TOPEKA: 60 years of Brown vs. Board of Education
First Lady Michelle Obama is in Topeka. She’s marking 60 years of the landmark Brown v. Board of Education desegregation ruling. She was originally scheduled to deliver a graduation speech for high school seniors in Topeka, but that plan was scrapped after nearly two thousand people signed a petition in protest. Instead, she will deliver remarks at what is being billed as a “Senior Recognition” event.

NIXON REFUSING TO SIGN SCHOOL TRANSFER FIX
A bill aimed at fixing Missouri’s school transfer law is heading to the governor’s desk, but whether Jay Nixon will sign it remains a question. Nixon opposes a provision that allows students in unaccredited schools to use public money to transfer to a private, non-religious school.

BURNS & MCDONNELL TAX BREAKS APPROVED
Kansas City engineering giant Burns & McDonnell got the greenlight this week from the Kansas City Council on $41.9 million in city tax incentives to expand its headquarters on the site of the former Beth Shalom synagogue at 94th and Wornall Road.

HOW HIGH MIGHT YOUR LOCAL SALES TAX GO?
In just 48 hours this week, the Kansas City, MO City Council approves putting on the August ballot a quarter cent sales tax for the Fire Department. Missouri lawmakers greenlight a 3/4 cent sales tax hike for highways that you’ll be asked to vote on later this year. And a judge approves the expanded Kansas City Streetcar Transportation District that will likely have you voting on a 1-cent sales tax hike for streetcars this fall.

LONGEST ABORTION WAIT TIMES IN NATION APPROVED
Missouri lawmakers approve the longest abortion waiting period in the nation. Three days. 72-hours, tripling the current 24 hour waiting period, with no exemptions for rape or incest.  Democrats filibustered the bill but backed off as part of a grand bargain with Republicans.

ANGRY PROFESSORS IN KANSAS…
University professors in Kansas are still unhappy as a revised social media policy is adopted by the board that oversees higher education in the state. The policy permits top administrators to discipline, suspend or fire professors who use social media improperly. It was adopted after a KU journalism professor’s tweet last fall that blasted the National Rifle Association following the Washington Navy Yard shootings that killed a dozen people. In that tweet, Prof. David Guth said the blood is on the hands of the NRA. “Next time, let it be YOUR sons and daughters. Shame on you. May God damn you.”

UMKC CONSERVATORY INCHING CLOSER TO DOWNTOWN MOVE
In what is being hailed as a critical boost toward moving the UMKC Conservatory of Music and Dance to downtown KC, supporters have acquired an entire city block immediately south of the Kauffman Center. With the land now purchased, is this dream of bringing UMKC’s performing arts programs downtown finally becoming a reality?