KC Week in Review: "Go big or go home" – Dissecting KC Mayor’s State of the City. Plus, rest of the week’s news… 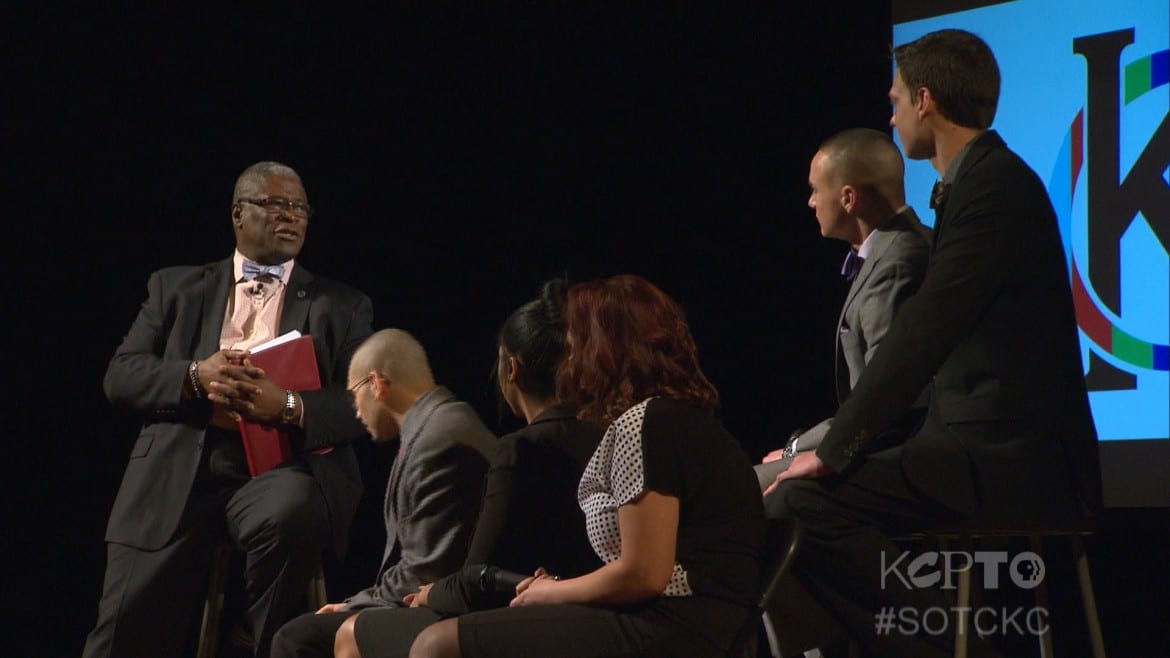 Kansas City Mayor Sly James delivers his State of the City address. But with a twist. He made his annual speech at Park Hill High School, north of the river, in front of an audience of mostly high school students.

THE STATE OF JOHNSON COUNTY

Nearly 700 people gathered at the Ritz Charles in Overland Park to hear Johnson County Chair Ed Eilert deliver his State of Government address. There weren’t banks of TV cameras there. In fact, the speech attracted scant attention, even though Johnson County serves about 100,000 more residents than Kansas City, MO. Why the absence of news ink?

MAKING OBAMACARE DEADLINE IN THE METRO

Monday marks the deadline for signing up for Obamacare and the push was on in Kansas City this week to sign up procrastinators. Though a recent Kaiser Health Tracking poll finds that six in ten uninsured adults remain unaware of the Monday deadline. How are signs up going in our bi-state area?

More reporting on the Affordable Care Act from KCPT

BROOKSIDE OUT OF STREETCAR EXTENSION PLAN

Opponents of Kansas City’s street car line are celebrating the news that the city won’t be expanding the line south into Brookside during the next phase. The end of the line will now be at UMKC instead of going farther south toward the Brookside and Waldo areas.  Brookside residents voiced strong opposition to extending the street car line. This week the KCMO City Council approves adding three new routes that would run on Independence Avenue to Benton Boulevard, Linwood Boulevard to Prospect Avenue and south on Main St to UMKC. Eight-miles in all at a cost of $470 million.

It was to be one of Kansas Governor Sam Brownback’s signature issues. Free all-day kindergarten. He proposed it in his state of the state address and asked legislators to find the $16 million to pay for it.  It was also important to show he was pushing a big education initiative in an election year where he is being opposed by House Democratic Leader Paul Davis who has been bashing him for his lack of support for schools.

Well this week, legislative leaders in Topeka say “all-day kindergarten” is dead. They simply don’t have the money. And to blame is the recent court ruling, they say, that has left them scrambling to find $129 million to fix what Kansas Supreme Court justices argue is an unconstitutional wealth disparity between rich and poor school districts.

This week Governor Sam Brownback signs into law a bill limiting your ability to change political parties. The measure bars voters who register with one party from switching their affiliation from June 1st in an election year until after the August primary election. June 1 is the candidate filing deadline. Current law allows voters to change their registration up to two weeks before a primary.