The KCI Affair: Triumph or Fiasco? 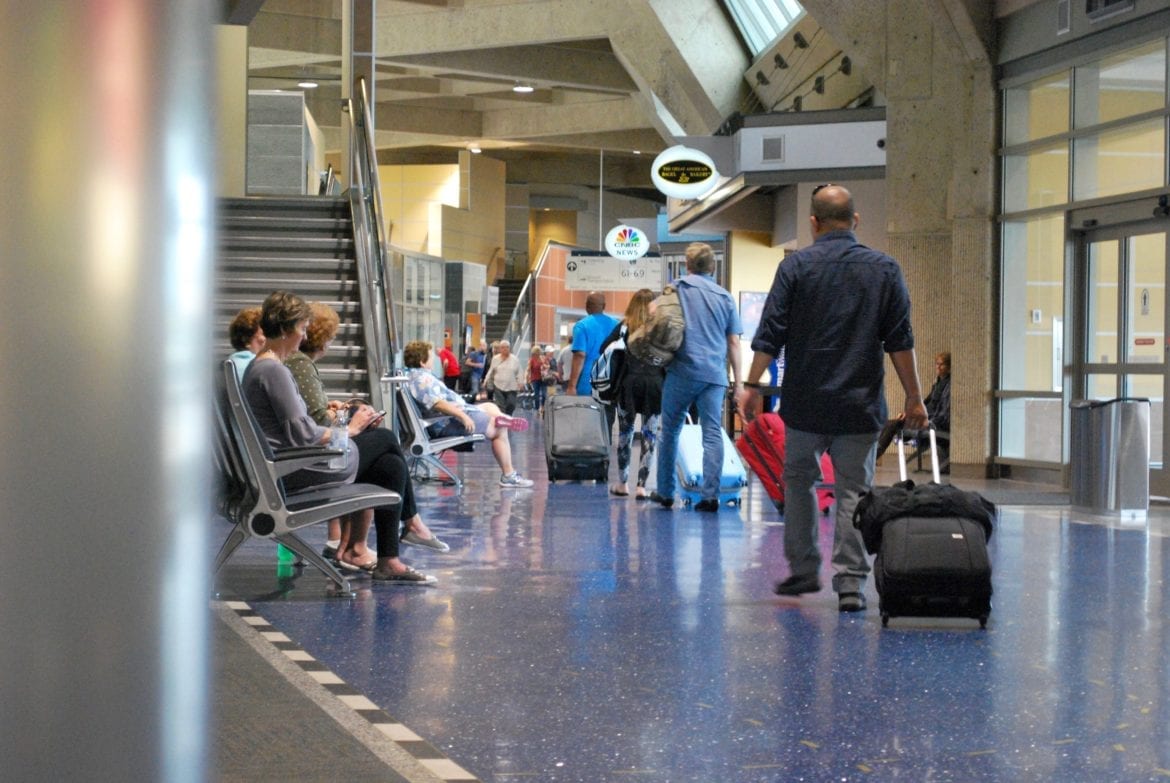 The proposal to build a new billion-dollar terminal at the airport is a big issue in itself.

And on Nov. 7, it’ll be on the ballot for voters in Kansas City, Missouri.

But the push this year by City Hall to award the contract to build it raised an even bigger question: To what extent is City Hall following good practice in the business it does with private companies?

And that’s a big question because it involves taxpayer dollars, and the numbers are big.

As this taxpayer money is being spent, how can we make sure that City Hall is acting in the public interest?  How can we make sure they’re getting value for the taxpayer’s money, stirring up the market to come up with the best solution, and that there’s no corruption at play?

The future of KCI Airport has been talked about for years. Now, its fate is finally in the hands of voters. In this extended hour-long edition of Week in Review, host Nick Haines debates plans for a new $1 billion single terminal with proponents and opponents. Plus, in an in-depth news investigation, KCPT’s Michael Price takes a closer look at why city leaders so swiftly moved to build a new terminal, dismissing calls for renovating the airport. We compare plans for the new KCI against similar airport projects around the country.

Joining the conversation live in the KCPT studios:

The experts on this are to be found at the U.S. Government Accountability Office that works on behalf of Congress to make sure federal money is being spent in the public interest.

Bill Woods, its director of Acquisition and Sourcing, explained that there are four key principles public bodies should follow: competition, transparency, accountability and integrity.  (In Jan. 2008, these principles were referenced in a city auditor’s report urging the then-city manager to strengthen contracting practices.  See the report here.)

But what we know here is that in the city of Kansas City, department directors, the city manager or the council can avoid any competition and just hand out a contract.

So I asked City Hall to provide me with the details of all contracts from 2010 that had waved competition.

The answer came back that this would take 240 hours of city staff and cost me around $6,500.

So much for transparency.

On May 12, Mayor Sly James and City Manager Troy Schulte called a press conference to announce that they were backing a $1 billion contract with local construction and engineering company Burns & McDonnell to build a new single terminal.

There had been no competition. Had there been transparency?

The three councilors I spoke to knew nothing about it, and even the deputy director of the Aviation Department only found out 36 hours before the press conference to announce the sole bid.

Had there been accountability?

Well, before things went any further, the City Council stepped up in response to what some of them saw as a failure in policy.

In the words of Councilman Quinton Lucas, “First of all, we tried to, as a Council, sanitize the process.”

Lucas, a professor of law and a practicing lawyer, had carefully selected his word there: “sanitize.”

The short film I’ve made on the issue — “The KCI Affair: Triumph Or Fiasco?” — will take you through the rest of the story. You can watch it above and here. But now we know who City Hall has chosen, after a competition of sorts, to build the new single terminal, and it’s a team led by the Maryland-based Edgemore.

But the fate of all this still rests in the hands of the voters of Kansas City, who, according to the city’s Aviation Department, only make up around 12 percent of the airport’s customers.

Lucas believes the questions still swirling around the way the city awarded that contract should be “divorced” in the voters’ minds from the issue of whether the airport needs a new single terminal.

When we’re talking about voters’ minds, and their trust in government, it’s incumbent upon City Hall to win that trust.

Making sure it’s following those four key principles, and that the public can see that, would go a long way to achieving this. Otherwise, the council may find itself mopping up a lot more down the road.

— Michael Price is a documentary filmmaker.