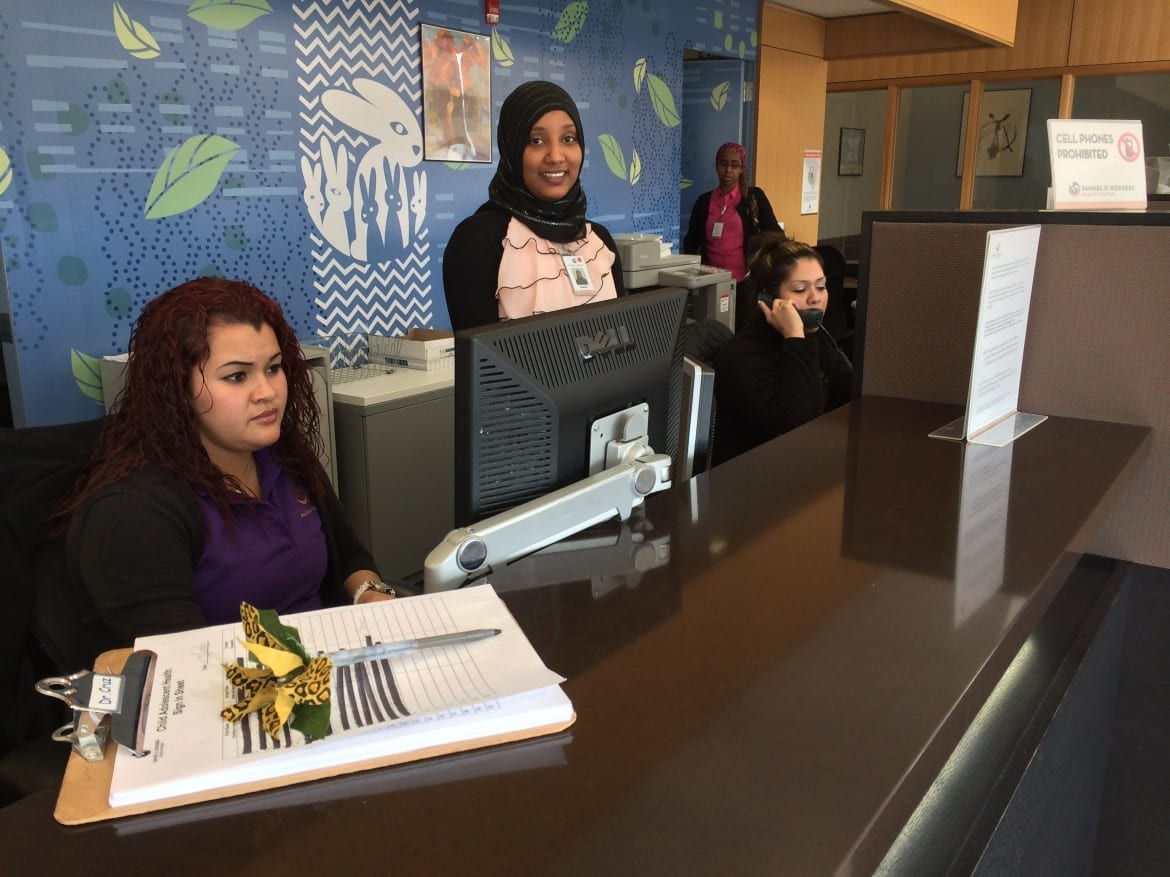 Samuel U. Rodgers is one of Kansas City’s largest safety net health clinics, and the doctors and nurses here take pride in offering care to all. That means learning to expect the unexpected.

But cuts in funding are something else, according to CEO Hilda Fuentes, who  recently got a letter explaining that the money she gets from the city would be cut this fiscal year by more than 10 percent, or about $167,000.

“I was quite surprised,” Fuentes says. “I think more so, I was shocked. And I was very disappointed.”

The funding comes from Kansas City’s health levy, a property tax that generates around $51 million dollars a year and is divvied up mostly among several hospitals and clinics that provide care to the indigent.

But some of that funding could be shifted to the fire department as a result of a decision made by the city manager. And further cuts could be extended into the coming fiscal year if they’re approved by the Kansas City Council.

“Over the years, we’ve seen minor cuts. Maybe a 2 percent cut, a 3 percent cut. But we’re oftentimes not informed of it,” Fuentes says.

Samuel U. Rodgers has an annual budget of $21 million, so the cuts aren’t catastrophic. But to an indigent care clinic with a budget already stretched thin, the money isn’t insignificant either.

“It is a physician,” Fuentes says, referring to what the money could pay for. “Or two nurse practitioners, not including benefits.”

“We call it ‘the sweeps’,” says City Councilman Ed Ford, who also serves on the Kansas City Health Commission. “Basically, money that’s spent here that should’ve been spent here – all that is kind of corrected after the fact.”

Instead of going to hospitals and clinics, the money would go to the fire department, which runs the ambulance service and is one of the big recipients of health levy funds. The fire department is running a budget deficit, and there are a number of reasons for that. But for Ford, one issue tops the list.

“What has happened in the last year is the overtime has really, in my opinion, gotten out of control for the fire department, especially the ambulance,” Ford says.

Fire Chief Paul Berardi acknowledges that overtime has been an issue.

“There were overtime costs due to staffing levels,” he says. “We had vacancies in the department that we had to fill just for the basic operation of the service that we provide.”

But Berardi says the department has faced a couple of additional problems in the past year that have also taken a financial toll. A settlement for a labor lawsuit cost the department $2 million. And after an attempt to outsource billing failed, the department has scrambled in recent months to update its in-house billing and catch up on delayed payments.

“Now we have a third billing software, and that system is proving to work out very well, and so the revenue is improving a great deal,” Berardi says.

In fact, revenue collections in recent months are up considerably, enough that the city manager has agreed to ease off on the safety net cuts, at least in part.

“At least half of the cut is likely to be restored,” says Rex Archer, director of the Kansas City Health Department. “And then the rest depends on those projections that are coming in right now from collections and other revenue sources.”

But that may prove a temporary fix. As long as Missouri refuses to expand Medicaid to cover additional lower-income residents, Archer says, the wrangling for public health funds is almost certain to continue.

“Our tax dollars are going to give care in other states but aren’t present here, so that puts more of a burden locally to provide illness care for folks that don’t have care,” he says.

The City Council is expected to vote on the 2016 budget on March 26. Meanwhile, Samuel U. Rodgers and other safety net providers are waiting to see if this year’s cuts will be restored.

Fuentes says that in the absence of Medicaid expansion, which doesn’t appear likely to happen anytime soon, it’s paramount that the city continue to fund health care providers for the indigent.

“Without this funding, there are going to be many long-term effects,” she says. “People will go to the emergency room to receive their care instead of a primary setting. And so the overall healthcare costs to the community are going to increase.”