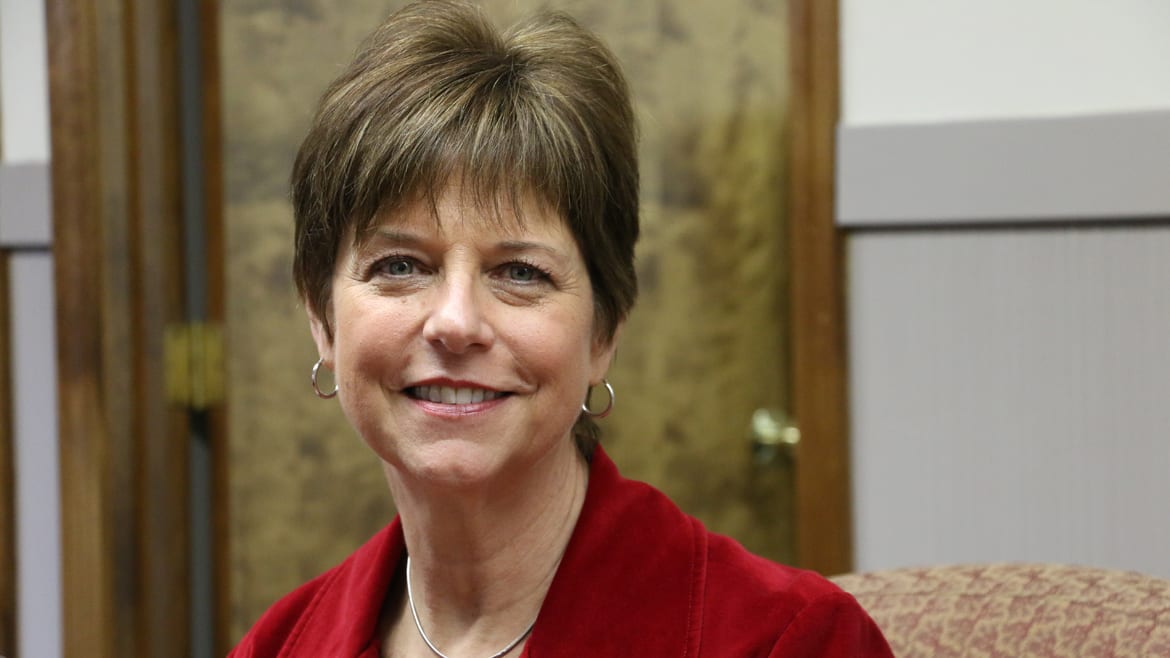 Based in Roeland Park, Kan., the organization started off with a budget of about $600,000 to serve individuals in 20 Kansas counties. Today, the RADAC serves nearly four times as many counties and boasts a $6 million budget.

The center takes clients from a number of sources, including the legal system, community mental health centers, hospitals and families. The organization is open to anyone in the community, but it focuses on low-income individuals without access to other resources.

Schmitt stepped down as CEO at the end of the year, handing the reigns to Jason Hess, who has been with the organization since 2001 and served previously as executive director. She plans to continue doing consulting and other professional work.

She talked with the Heartland Health Monitor’s Mike Sherry for this month’s KC Checkup.

How have things changed in the 16 years that RADAC has been around in terms of clientele, severity of disease, what changes have you noticed?

Well, I think we have more people who have less resources. We have less resources, is just how it is. I think some of the changes I have seen, too, is that (drug) availability is pretty rampant out there. Technology, although it is wonderful – social media and technology have also helped people access drugs at a more rapid level than I think in the past. Also, what I have seen change over time is the risk-taking behaviors that people are willing to take. I also believe the good news is that law enforcement is beginning to understand a little more about treating addiction and mental illness. Crisis intervention training is being done through police departments across the United States, and particularly in Kansas we are seeing more and more of that, which really focuses on having people get help for their addiction and mental illness rather than incarcerate.

When you say people are willing to take higher risks, what do you mean by that?

I think what I’m seeing in risk taking is when people are at parties, or at gatherings, or they are buying stuff on the street, they really don’t know what they are buying. I see people come into emergency rooms, drug screens are done on them, they are not sure what they got, from who, and that is really a very dangerous, dangerous combination.

What is your feeling about the wave of legalization of marijuana for recreational uses?

Well, I have watched the state of Colorado very closely. I think it is a very slippery slope and a dangerous slope that we are looking at, partly because the medical data, the scientific data, does not support what is often projected. I think there is a lot of money to be made off it, a lot of taxation to be made off it, but I think long term it will be something that will not benefit society.

What would Medicaid expansion in the state of Kansas do for you all?

Medicaid expansion in Kansas would be huge for our clients. I am very much a proponent of Medicaid expansion. We see so many people who have no resources for any kind of medical services – not only alcohol and drug treatment but medical services overall. So they can’t receive those services. And what ends up happening is they end up in an emergency room, which is the highest level of care you can get medically, which makes absolutely no sense. But that is the only way that people can get health care, if they do not have insurance, many times. And oftentimes, for folks who have addiction issues, they wait and wait until the problem is so bad that they have to go to the emergency room; there is no preventive type of care that is happening because they can’t afford it.

Heartland RADAC was very instrumental, obviously, in getting Rainbow Mental Health Center reopened. How do you feel that effort has gone so far?

I think it has been one of the most positive decisions that could’ve been made to close Rainbow Mental Health Center and have it reopened and repositioned as a community-based crisis facility – now referred to as RSI to provide crisis intervention. I think it has been a wonderful, wonderful thing, and in fact it’s being expanded across the state of Kansas. Sedgwick County is looking at designing a very similar model, and the relief that is going to come from RSI being in the community will be to hospital ERs, because that is not the level of care that people need. It is just the only option after 5 o’clock and on weekends. And also, it will prevent people from being incarcerated who are what I refer to as high or drunk, or just loaded overall from their drug use and alcohol mixture – who may be also mentally unstable. It will prevent them from being incarcerated because people who are using drugs ultimately many times are not criminals. Their behavior is such that it gets them to the forefront of law enforcement and they are taken to jail.