KC Animal Shelter Dealing With a Post-Pandemic Onslaught of Pets

'Our Staff Is Just Overwhelmed,’ Partly Due to Evictions

At the start of the COVID-19 pandemic, KC Pet Project wasn’t particularly crowded. There were fewer pets coming in, and interest in adoptions and fostering was soaring as people sheltered at home.

Despite growing interest in adopting, there weren’t many animals to give away, leading to long waits. In April 2020, Flatland reported that KC Pet Project received more than 900 applications to foster.

Fast forward a year, and the story has flipped. As life begins returning to normal, KC Pet Project now is dealing with an unprecedented number of incoming animals.

In May, KC Pet Project took in 1,146 cats and dogs, more than twice as many as in May 2020. The numbers are even higher when other animals — such as chickens, guinea pigs and rabbits — are included.

Tori Fugate, chief communications officer of KC Pet Project, said recent intake numbers are partially due to a record number of owners surrendering their pets. In May 2021, there were 357 surrenders, while May 2019 had 186 and May 2020 had 120.

These surrenders are due to a variety of reasons, Fugate said, including financial problems and a lack of pet-friendly housing in Kansas City.

“What we’re seeing is an indirect result of COVID — so people are losing their housing at a very high rate,” Fugate said. “When you have to move very, very quickly, oftentimes you cannot find a place that will allow for you and your pet to live.”

Fugate added that the increase in intake numbers isn’t just a Kansas City issue, but a national one.

Just a couple of weeks ago, Fugate said they received 134 new pets in two days. Typically, they may see around 60 animals in two days.

“Our staff is just overwhelmed as well because it’s a lot of animals to take care of,” Fugate said. “We currently have over 400 animals in our building that our staff has to take care of every day, along with trying to adopt them out.”

Adoption numbers are still higher than they were pre-pandemic. In May 2021, there were 766 cat and dog adoptions, compared with 583 adoptions in May 2019. However, these numbers still aren’t enough to offset the number of animals coming in, Fugate said.

There are also a lot of stray animals coming into the shelter, which is typical at this time of year, Fugate said. She encourages people to look at their website for information on what to do if they find a stray pet. They recommend checking for identification, taking a photo and posting on social media, going to a vet clinic to check for a microchip, filling out a Found Pet Report and creating a flyer.

Tabitha Urban is the director of canine operations at KC Pet Project. Normally, she said they like to have one dog in each kennel. But due to their large intake, they put in dividers to allow for two dogs per kennel. This causes some anxiety for the animals, Urban said.

“When we first moved into this building … very few dogs were on anxiety medication,” Urban said. “We’re seeing more dogs needing some relief in that arena.”

Meanwhile, other shelters in Kansas City, such as Wayside Waifs and Great Plains SPCA, are seeing a more manageable amount of animals. But these shelters have more control over their intake than KC Pet Project, which is an open-admission, municipal shelter and can’t turn any animals away.

“We’re lucky that we can sort of pick and choose when we do transfers,” said Keegan Prentice, marketing and fundraising programs manager at Great Plains SPCA. “Of course, we’re always able to help as much as we can, but we do have limitations based on space and we’re very thoughtful with how we choose to bring in animals so that we don’t get overwhelmed.”

Wayside Waifs and Great Plains SPCA both had to limit the number of animals they took in during the pandemic because they had fewer people working in the office at a time.

Now that these shelters are returning to full work capacity, they’re able to manage more animals. But their intake is still less than before the pandemic.

Casey Waugh, communications manager for Wayside Waifs, said a partial reason for this is that animals have been staying in the shelter longer than usual. At the beginning of the pandemic, the shelter stopped doing adoptions for a while, causing animals to stay in foster homes longer.

In 2019, the average length of stay for an animal was about 15 days. In 2020, it grew to more than 21 days. This can sometimes cause stress for the animals, which makes it more difficult for them to get adopted.

“We even have some animals who have been with us for several months, unfortunately, and that wears on animals,” Waugh said. “Being in a kennel, despite getting out and having the socialization and having the enrichment every animal needs while getting medical care, all these things aren’t the same as being in a home.”

Waugh said they’re trying to work on this by offering dog training classes to the public, which stimulates them and decreases anxiety.

As for KC Pet Project, Fugate said they have several programs to address the increased intake. This includes Keep ‘Em Together, KC, where the shelter is providing several resources for those experiencing financial and housing insecurity to help them keep their animals.

One of their success stories from the program is Larry and Trover, who were separated after Larry lost his job as a truck driver while he was passing through Kansas City, according to an account provided by the shelter. Larry had to take a Greyhound bus back to his home in Wisconsin, but couldn’t bring Trover because the bus doesn’t allow dogs. So Larry had to take Trover to KC Pet Project.

KC Pet Project later reached out to Larry to determine if he really wanted to give up Trover. But after discovering that Larry brought the dog in because he had no other choice at the time, the shelter was able to reconnect the two. Larry drove to Kansas City two weeks later to pick him up.

“Trover was clearly excited to see Larry and once we walked outside he immediately jumped into the front seat of Larry’s car — it was as if nothing had changed,” according to KC Pet Project. 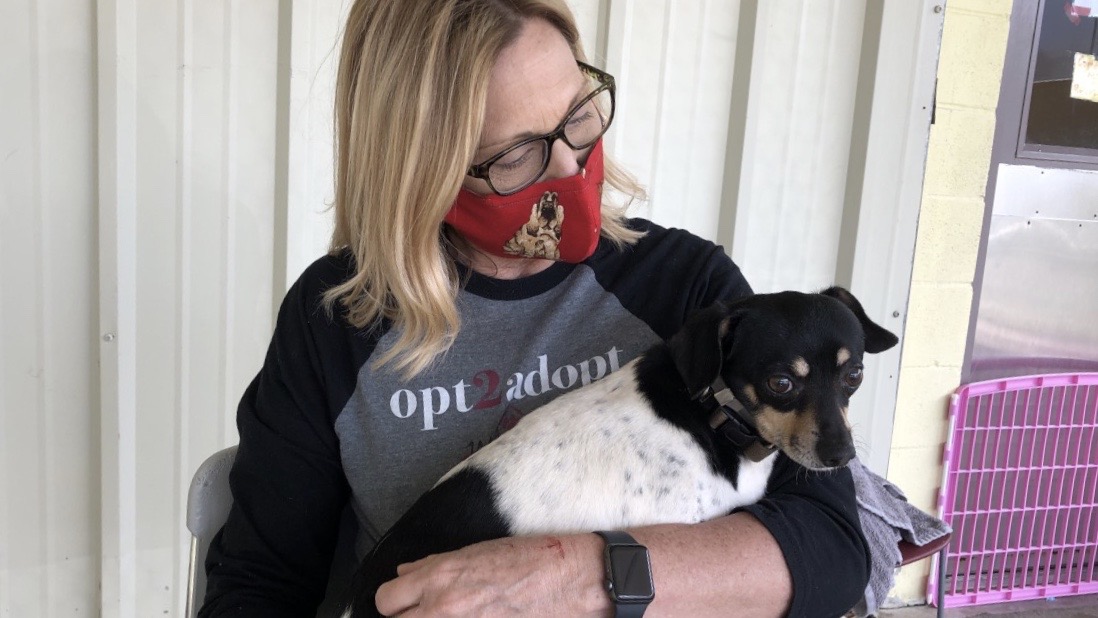 Pet Placement Surges During Pandemic A population stuck indoors during the global pandemic has given pet placement an all-time boost. 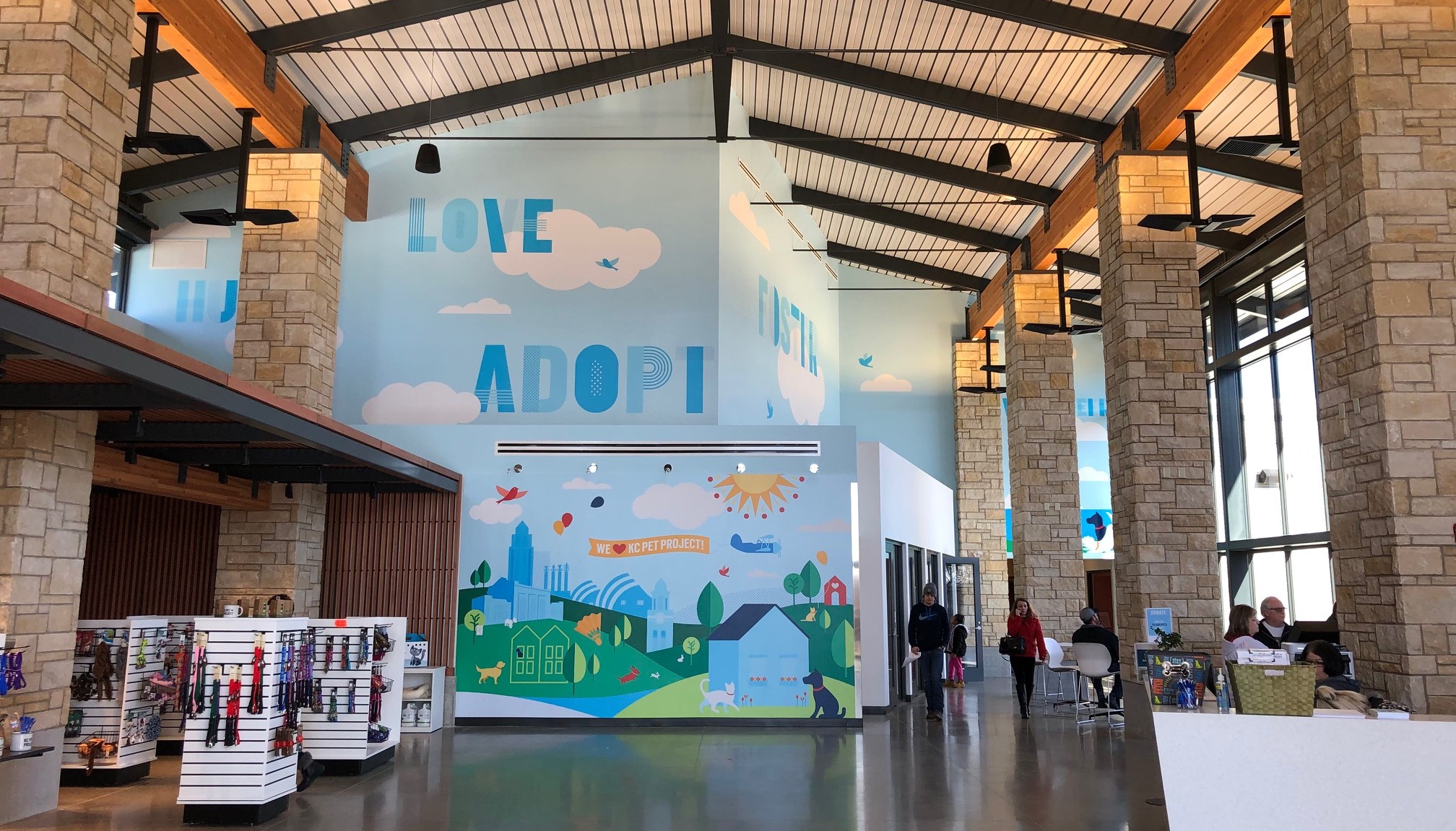 Uncounted: Inaccurate Death Certificates Across the Country Hide the True Toll of COVID-19

Some counties, like Cape Girardeau, have seen a spike in deaths that aren’t attributed to COVID-19. Many of them, blamed on natural causes, are likely from the coronavirus

Studies Have Repeatedly Found Mandates Encourage Mask Use and Slow COVID Spread. Politics and Lawsuits Make Them Unattractive to Policymakers

‘What Do We Tell Our Customers?’: Labor Shortage, Material Delays Hamper Home Construction

If the attorney general’s office wants to challenge school mask rules across the state, it will have to do so with individual cases