Compromise Heads to the City Council

Above image credit: The apartment project that will incorporate the historic Katz Drug Store has been tweaked to meet neighborhood and preservationist concerns. (Rendering | Hoefer Welker)
Sponsor Message Become a Flatland sponsor

The Katz apartment redevelopment plan rejected by the City Council three weeks ago was revived Wednesday based on a compromise that includes adding $600,000 to replace a reduced property tax incentive.

The revised Katz plan, however, received tepid support from the Neighborhood, Planning and Economic Development Committee, which voted 4-1 to forward the proposal without recommendation to the full City Council for consideration.

But Councilwoman Katheryn Shields was hopeful the council will vote to support the deal when it meets today.

“It’s a good plan and I’m cautiously optimistic my colleagues will recognize that,” she said.

The compromise was struck between Shields and Councilman Eric Bunch, who represent the Fourth District where the apartment project would be located at Westport Road and Main Street.

Shields has been championing the Katz redevelopment plan, which calls for preserving the historic drugstore and building a six-story, 192-unit apartment project behind it. The project has been estimated by the developer as a $50 million to $70 million investment.

Bunch, however, added amendments to the deal three weeks ago that the developer, Lux Living of St. Louis, said made the project financially unfeasible.

The Bunch amendment, which was then approved by the council, reduced the abatement to 10 years and added requirements for an affordable housing set aside and free public parking in the garage.

The new agreement reached between Shields and Bunch keeps the property tax abatement at 10 years, but provides $600,000 to replace the “net present value” of the remaining five years not granted.

It also drops the affordable housing and free parking requirements.

The $600,000 would come from the Fourth District PIAC (Public Improvement Advisory Committee) funds. That money would be repaid from tax revenues generated by the Midtown Tax Increment Financing District, which includes the Home Depot and Costco.

“We are both in agreement now as to moving forward … and then move forward with developing the apartments and preserving a very important historic building in the Main Street corridor,” Shields said.

The committee decision to resurrect the Katz proposal was opposed by representatives speaking on behalf of the KC Tenants Association and KC TIF Watch, who argued the luxury residential project failed to provide affordable housing.

“This is a critically important project for the Main Street Corridor and I urge your support,” said Kevin Klinkenberg, executive director of the organization.

The project would be close to a streetcar stop and also has been previously supported by Historic Kansas City, the city’s premier preservation group, because it would save the Katz Drugstore, a landmark at the corner since 1934.

The development plan called for the Katz building to be renovated and reused to provide amenities for the apartment residents including a rooftop swimming pool and fitness center.

About 5,000 square feet would be used for a coffee shop open to the public.

The property is owned by Redeemer Fellowship church and currently does not pay property taxes. The church has filed notice with the city that would allow it to demolish the Katz building in three years if a suitable new use is not found.

UPDATE: The City Council has approved the revised Katz redevelopment plan on a 9-4 vote. 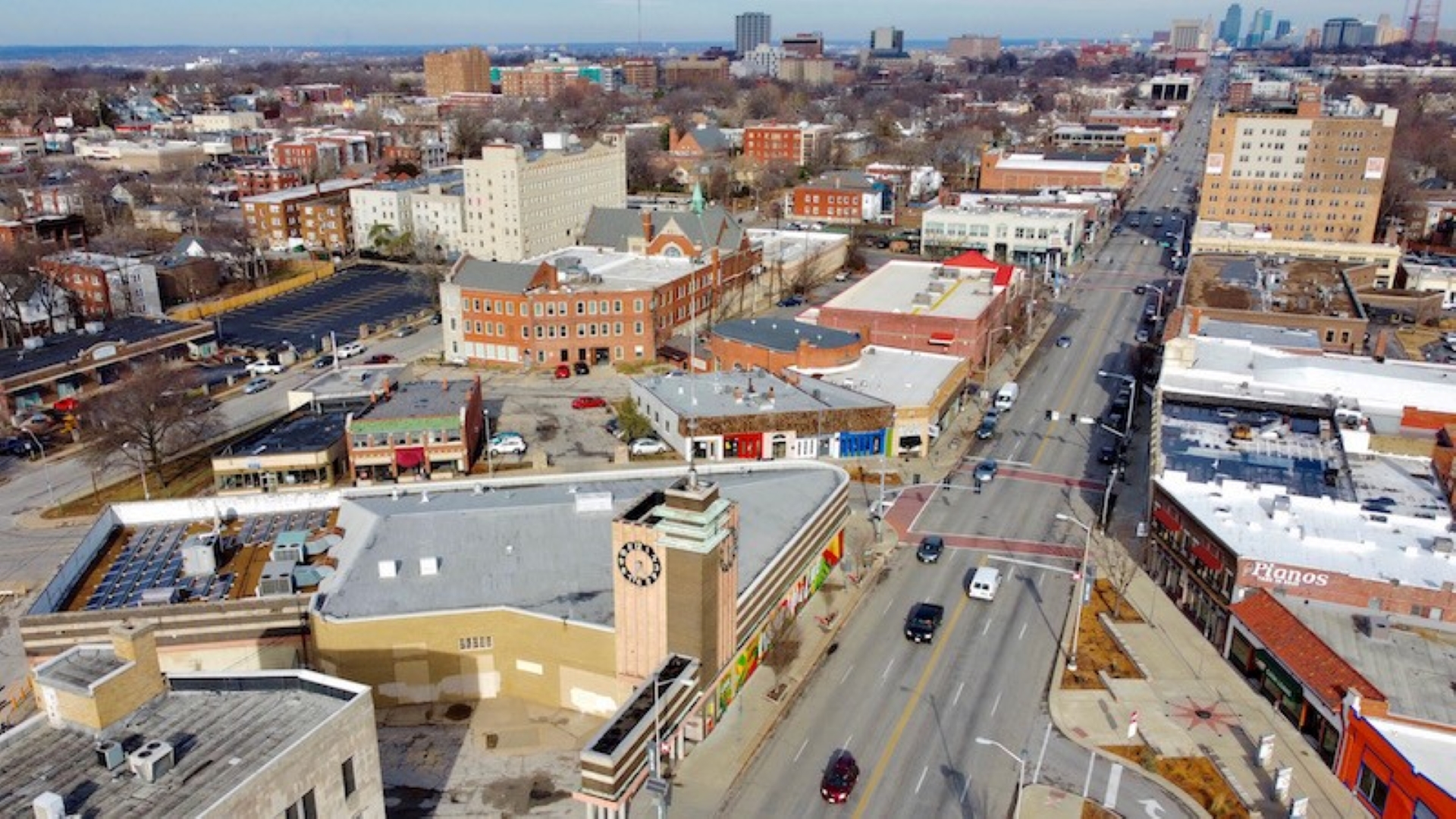 Katz Redevelopment Plan Sparks Incentive Debate on Streetcar Route An apartment plan involving the landmark Katz Drugstore has become the opening salvo in a City Hall debate over how – or whether – tax incentives should be available to help developments planned along the new streetcar extension down Main.