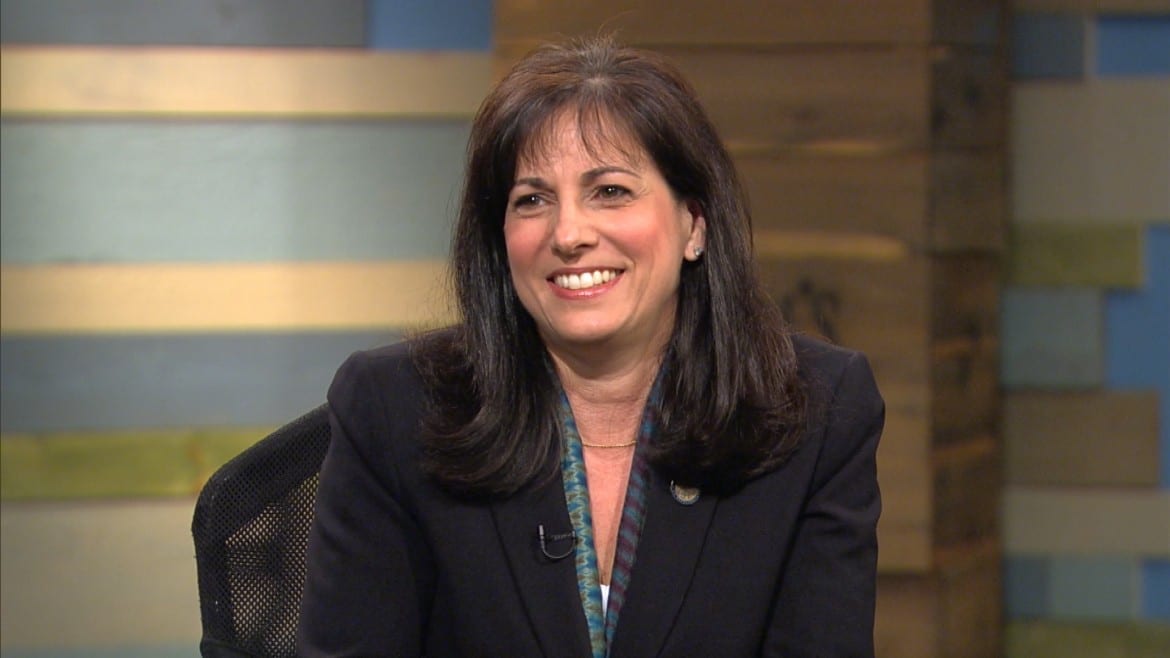 The most recent controversy in Kansas education involves the dumping of the school finance formula and the implementation of a block grant system. Representative Melissa Rooker (R) of Fairway, Kansas, sat down with Mike Shanin to talk about her views on the issue on a recent edition of KCPT’s “Ruckus.”

What follows is an edited transcript of their conversation.

Mike Shanin: I’ve heard a lot of stories about you, and you’re often referred to as a moderate Republican. Is that a fair characterization of your philosophy?

Melissa Rooker: I consider myself a Republican. I don’t like the labels. I’m the more traditional Republican in the mold of Dole and Eisenhower, fiscally conservative. I think we today delve into areas that traditionally the Republican party was never really concerned with, too deep into people’s personal lives and choices. I would prefer to stay focused on the issues that matter economically and let people manage their personal lives on their own.

Mike Shanin: Well, one issue where I bet you differ from a lot of conservatives is the financing of school education in the state of Kansas. We don’t have tons of time, as you know, but give us the Cliff Notes version of what you are concerned about with regard to school finance in the state.

Melissa Rooker: Well, I’m concerned that we are underfunding our schools, and the block grant plan repealed the existing school finance formula, which takes care of the extra needs of some of our students who are more expensive to educate. We’ve repealed the formula. We have a block grant, so funding will be static for the next two years, and it rolls back some of the funding for operating expenses and puts money into the retirement system, which is a different need, and certainly is a valid expense, but it is at the expense of our classroom spending.

Mike Shanin: But a lot of people didn’t like the previous formula and the formula before that. As long as I can recall, the last 20 years or so, there has been strong debate about financing in the state of Kansas, and nobody seems to agree on what’s the best approach.

Melissa Rooker: Well, the formula we had was several times over-litigated and deemed constitutional, but what was determined was that we aren’t keeping up with the cost of inflation and the changing needs of our schools, so funding fell behind. We have been on a cycle of budget cuts since 2008, started due to the great recession, and continues because of the tax plan that Kansas enacted in 2012.

Mike Shanin: So is the answer — at least in part — to increase taxes?

Melissa Rooker: I think we have to address the revenue shortfall. We have a $600 million budget gap, and we have thrown our tax system out of balance. So we’ve got to get back to reason and rationality.  The state is not supposed to run a deficit, but we’re keeping the state budget afloat through bonding in our transportation system. We’ve now passed a bill to bond — to refinance some of the debt in the KPERS system, the retirement system. We’re using the cash to keep the state general fund afloat.

Mike Shanin: No one seems to know exactly what the constitution means by saying ‘make suitable provision’ for the financing of education.

Melissa Rooker: Well, I think suitable provision means that schools have enough to get their job done.

Mike Shanin: But we don’t know how much that is.

Melissa Rooker: We do. We can certainly find that out.

Mike Shanin: How do we determine that?

Melissa Rooker: We have cost studies. Refresh the studies. There are real world costs to educate our kids, and we’re ignoring them.

Mike Shanin: But in any financing system for schools, you have some districts that love the formula and others that don’t like it.

Melissa Rooker: It doesn’t mean you throw the entire thing out. We have 10 years of post-audit studies that point to ways to improve the formula.

Mike Shanin: Has any thought been given to a constitutional amendment that would set a percentage of total revenues as to the amount of money to spend for education?

Melissa Rooker: I don’t think that’s the way to do it. Revenues can shift and change all the time. That is not in the real world costs of educating our kids.

Mike Shanin: It will set the floor for financing, say 25 percent of total revenues.

Melissa Rooker: I disagree with that approach.

Mike Shanin: Consolidation, is that a possibility at all?

Melissa Rooker: Consolidation happens naturally and is happening, has been happening. We have fewer districts today than we did 10 years ago. The districts in the state leverage their resources through service centers and co-ops. They work with each other to provide shared services, so we’re already doing consolidation. 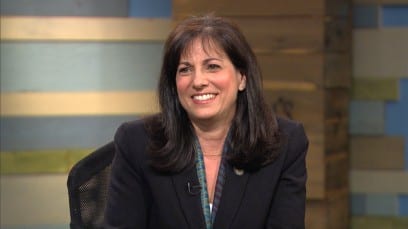