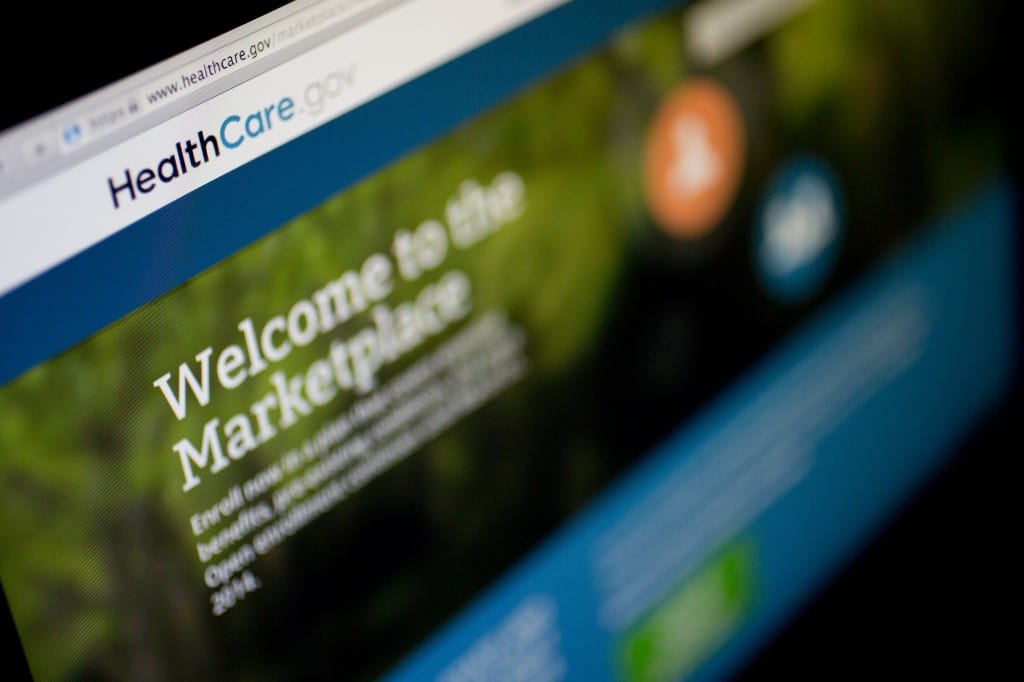 Some state legislatures are moving to shield residents’ federal health insurance subsidies in advance of a U.S. Supreme Court decision regarding the Affordable Care Act.

The Kansas Legislature is not among them.

As Kansas lawmakers work toward a tax plan to end the 2015 session, they have not had any briefings on the King v. Burwell case, the verdict expected in June or its implications for the nearly 100,000 Kansans who purchased insurance from healthcare.gov, the online insurance exchange.

“There’s been no efforts by the administration or the Legislature to address a major concern if we would lose the Burwell case,” said Rep. Jim Ward, a Democrat from Wichita. “Ninety-thousand-plus Kansans who signed up under the exchanges would lose that right and ability next year because the exchange would go away.”

Republicans control both chambers of the Kansas Legislature, but the silence on the King v. Burwell case has been bipartisan. Two Democrat House members asked about it last week said they were unaware of its potential implications.

About 80 percent — or 77,000 — of Kansans who used the online exchange last year received federal subsidies to buy insurance because of their income level. Those subsidies are at the center of the King v. Burwell case.

Plaintiffs in the case argued that the Affordable Care Act as written allowed the federal government to provide subsidies only in states that set up their own exchanges, not states like Kansas that opted to use the federal exchange.

If the court rules for the plaintiffs, the subsidies could be wiped out, making insurance premiums prohibitively expensive for most who use the exchange. The only Kansans who would be likely to pay the unsubsidized rates are those with pre-existing health conditions. 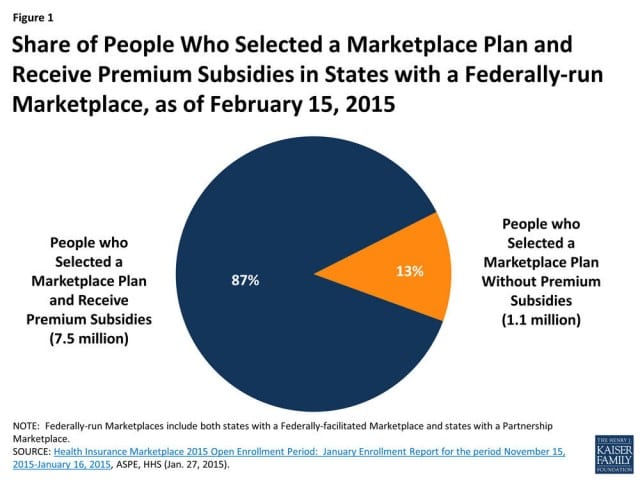 It’s what the insurance industry calls “adverse selection,” said Sheldon Weisgrau, director of the Health Reform Resource Project for the Kansas Association for the Medically Underserved. Weisgrau said it would cause the entire system to collapse.

“The insurance pool will be sicker, and premiums will increase,” Weisgrau said in an email. “More people will then drop out, with only the sickest remaining, and the cycle will continue. This is known in the insurance industry as the ‘death spiral.’ Plans and insurers may be unable to survive it.”

But Weisgrau said they also could spill over to employment-based health insurance because many insurance companies operate in both markets.

“Insurers that are facing adverse selection in the individual market may look to make it up elsewhere, leading to rate increases in the group market,” he said. “Or they may decide to exit the market altogether.”

Gov. Sam Brownback’s spokeswoman, Eileen Hawley, said the governor is aware of the potential market disruption and is poised to act.

“Months ago, the governor asked Lt. Gov. Jeff Colyer and his health care team to be prepared for a ruling in King v. Burwell,” Hawley said in an email. “I have confidence Kansas will be well-positioned, not only to respond, but to lead with a market-based solution.”

Hawley did not respond to a request for details on the market-based solution.

Weisgrau said the most straightforward way to maintain the exchange market should the court rule for the plaintiffs would be for Congress to revisit the ACA and clarify that residents in states using the federal exchange also can receive the subsidies.

But the 2010 health reform law that President Barack Obama spearheaded remains a political lightning rod, and Republicans – none of whom voted for the law when it was enacted in 2010 – control both chambers of Congress.

Weisgrau was blunt about the chances of federal action.

Other states are laying the groundwork to shield the subsidies by introducing bills to create their own exchanges if the court strikes them down.

But that’s easier said than done.

When the exchanges first rolled out in 2013, the 14 states that opted to create their own had much more time to develop them. But rollouts were still rocky — and costly — in many cases.

The director of the federal exchange said on May 11 that the process of rolling out state exchanges is probably too complex to be done on short notice after the court ruling.

Still, bills to do so have been introduced in 11 states, including Missouri, where more than 250,000 residents now rely on the exchange for their health insurance.

But HB 870, introduced by Missouri Rep. Margo McNeil, a Democrat from Florissant, has not advanced. Missouri Republicans also introduced House and Senate bills to prevent any state-run exchange but neither advanced.

In Kansas, the political divide over the health reform law commonly referred to as Obamacare is just as wide.

The last high-profile Republican to voice support for the law was former Kansas Insurance Commissioner Sandy Praeger, who started work on a state-based exchange during her tenure that Ward said could be resumed.

But Weisgrau said that effort began when Praeger believed the state would be able to use a $31.5 million federal grant to set up the exchange. It ended when Brownback sent back the grant money.

“Kansas had a chance and turned away federal funding,” Weisgrau said. “There’s no indication the Legislature or governor would be interested in establishing a state-based exchange even if funding were available.”

Ken Selzer, who was elected insurance commissioner in November, now runs the Kansas Insurance Department. Bob Hanson, a spokesman for the department, said in an email that “the commissioner and others in the department certainly have studied the issue from both sides” but declined to comment further.

Another possible fix that’s been floated nationally is for states to pass laws declaring healthcare.gov their official state exchange to satisfy the court ruling.

“Since this is really a hyper-technical legal issue, is the fix the same way?” asked Ward, an attorney. “Can you call a duck an eagle and make it fly?”

Weisgrau said that no one is sure if such a one-step fix would be legally feasible, and Kansas lawmakers don’t seem inclined to try.

“I’ve seen no indication that state policymakers would entertain this plan,” Weisgrau said. “There’s been no discussion of these issues that I’m aware of.”

Ward said he was not aware of any such discussions either. He said that though there would be no financial cost to passing a bill declaring healthcare.gov the official state exchange, the political climate surrounding the Affordable Care Act ensures “it has no chance of getting passed.”