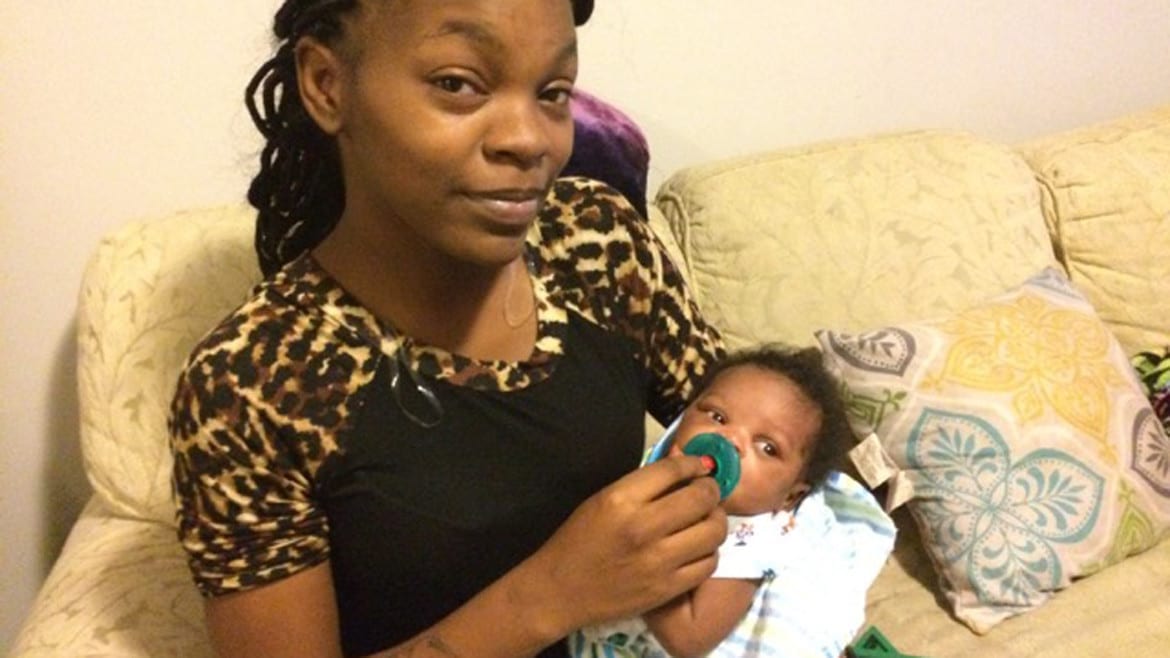 Tanesha Horton, 21, of Kansas City, Kansas, says she worries about the health of her son, D'won, who was born in November. For audio of today's installment of 'Crossing To Health,' which focuses on infant mortality rates, press play above. (Photo: Alex Smith | Heartland Health Monitor)
Share this story

In our “Crossing To Health” series, we explore that health divide this week and looking at attempts to narrow the gap. Today’s story looks at infant mortality.

For expectant parents like Melissa and Michael Funaro, the prospect of a new baby evokes a host of emotions.

“You have this thing inside of you growing, and him and I created it,” Melissa says. “So it’s like, what’s he gonna look like?”

Jamie and Laura McCamish say the wait for their baby is almost too much to bear.

“I think right now we’re just to the point where we want to hold her and smell her,” Laura says.

Thanks to advances in prenatal and neonatal care, the overwhelming majority of infants are born healthy and thrive.

In Johnson County, for every 1,000 infants born in recent years, fewer than five don’t make it to their first birthday. In Wyandotte County, the number is closer to eight.

For African Americans in both counties, the numbers are even higher. In fact, for the last few years Kansas’s black infant mortality rate has been the highest in the country.

To improve these dismal figures, some community health groups are going beyond splashy health campaigns. They’re knocking on doors. Like those of 21 -year-old Tanesha Horton, who found out she was pregnant last March.

“It was an experience,” she says. “I was scared. I was happy. But I was kind of scared.”

Horton, who’s African American, lives in a Kansas City, Kansas, zip code that has one of the highest rates of infant mortality in the state.

She enrolled in Healthy Families Wyandotte, a program that offers in-home support for first-time parents in Wyandotte County.

With the agency’s help, she got prenatal care, including vitamins, regular doctor’s visits and her first sonogram, which she gleefully recalls.

“Yeah, that was the most exciting part: hearing his heartbeat,” Horton says. “It’s like, ‘Oh, there’s really a baby in there!’”

But the sonograms also showed something unusual in her developing son’s kidneys. Her doctors said they wouldn’t be able to tell exactly what it was until he was born.

Horton was haunted by worry.

The high infant mortality rate among African Americans troubles and puzzles health experts. In Kansas, the rate is about two and half times that of non-Hispanic whites and about twice that of Latinos.

And it’s not just in lower-income places like Wyandotte County. The infant mortality gap is just as wide in Johnson County.

The causes are many and varied: the mother’s health, genetic conditions, sudden infant death syndrome, domestic abuse, smoking, drug and alcohol use.

And while some infant mortality differences can be attributed to behaviors or education levels, a lot of them can’t. The puzzle forces experts take a much wider look for causes.

“The outcome of a pregnancy is not just determined the nine months that a woman is pregnant. We really have to be mindful of the fact that a woman brings into her pregnancy the sum total of her life experiences,” says Tyan Parker Dominguez, a clinical associate professor at the University of Southern California’s School of Social Work whose work focuses on disparities in infant mortality.

Some experts think African American women might be genetically predisposed to high infant mortality, but Dominguez and other researchers aren’t so sure.

They point to U.S. immigrants from Africa with similar genetic profiles but infant mortality rates similar to those of white American women.

Dominguez and others say another factor may be at work: racism.

“As events have shown us over history and certainly in more recent history, we see that there are still deep racial divisions in this country, and they can be a great source of stress,” Dominguez says.

Acute stress by itself doesn’t necessarily affect pregnancy, but over a lifetime it can contribute to conditions like heart disease and obesity, which can affect infant mortality.

“It’s sort of the biological manifestation of race relations in this country, seeing this systematic, over time, oppression of communities of color, particularly – in the United States – the African American community,” Dominguez says. 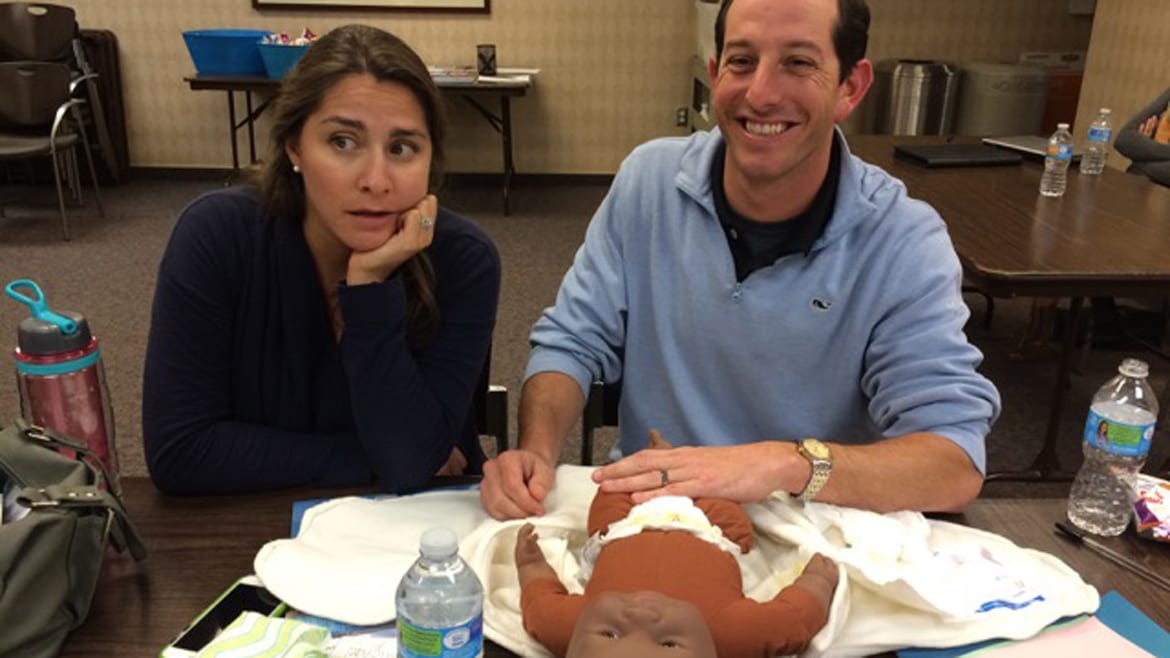 Whether the problem of infant mortality is biological or societal, it’s probably beyond the reach of community health groups like Healthy Families Wyandotte, which instead are taking on the issue one infant at a time.

While data show a slow but steady decline in infant mortality across racial and ethnic groups in Kansas, the gap between blacks and whites remains the same as it was a generation ago.

In November, Tanesha’s son D’won was born with two kidneys that were somewhat lower than where kidneys are usually found.

Though D’won appears to be healthy, doctors are still monitoring his kidneys. His mother admits she still worries and sits up for hours watching him sleep. 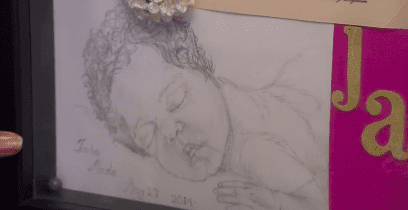 A Quick, Clickable Roundup Of Health News From Our Region — And Beyond — For The First Week of October

A Quick, Clickable Roundup Of Health News From Our Region — And Beyond — For The Third Week of August

The end of a drought for KCMO 'food desert'?

Can Restoring Parks Lead To Better Health In Wyandotte County?