TOPEKA — Kansas Gov. Laura Kelly on Thursday vetoed a GOP-drawn congressional map that would divide the Kansas City metro and place Lawrence into a rural district that stretches to the Colorado border.

The Republican-dominated Legislature adopted the map, known as Ad Astra 2, along party lines and could attempt to override the governor’s veto. Democrats accused Republicans of gerrymandering congressional boundaries to make it more difficult for U.S. Rep. Sharice Davids, the only Democrat in the state’s congressional delegation, to get re-elected.

Wyandotte County residents said the map would dilute the voting power of a community where a majority of voters are Black or Latino. The map places the northern part of the county in the 2nd District while leaving the area south of Interstate 70 in the 3rd District, where Davids has won two terms.

Republicans offset the addition of Wyandotte County voters to the 2nd District by carving Lawrence out of Douglas County and placing it in the 1st District.

Kelly, a Democrat running for reelection, said the Legislature ignored its own redistricting guidelines for preserving the voting power of minority communities and protecting communities of interest.

The Democratic governor said the map “does not follow these guidelines and provides no justification for deviation from those guidelines.”

“I am ready to work with the Legislature in a bipartisan fashion to pass a new congressional map that addresses the constitutional issues in Senate Bill 355,” Kelly said. “Together, we can come to a consensus and pass a compromise that empowers all people of Kansas.”

Senate Republican leaders in a statement said they were disappointed in the governor’s veto.

“All in all, the Ad Astra 2 map will serve Kansas well, and accordingly, we will work to override the governor’s veto in short order,” the statement said.

“A once-in-a-decade constitutional responsibility must be treated with great care,” Sykes said. “The Legislature owes it to current and future Kansas voters to be good stewards of this process, and it’s clear the Ad Astra 2 map falls short.”

The ACLU of Kansas and other advocacy groups urged the governor to exercise her veto authority.

House Republican leaders in a statement said Kelly’s action makes it clear she is “beholden to New York special interests.

“This isn’t the first time the Legislature has had to step up to protect Kansans from Laura Kelly’s partisan agenda,” the statement said. “It is no coincidence she pulled out the veto pen just hours after the ACLU told her to.”

Rep. Brandon Woodard, D-Lenexa, responded to the statement on Twitter: “What in the dogwhistle politics does this mean?!”

House Minority Leader Tom Sawyer, a Wichita Democrat who served from 1987-1998 and has served since 2003, said Ad Astra 2 is “the most gerrymandered map I have seen in my legislative career.”

“It was an insult to Kansans,” Sawyer said. “I sincerely hope my colleagues across the aisle are dedicated to moving forward with a fair bipartisan map without gerrymandering and ensures every Kansan’s vote counts.”

Sen. J.R. Claeys, R-Salina, tweeted: “Live look at where we are now in the Kansas #KSLeg redistricting process” with an image that reads, “I just ignore and override. Push forward.” 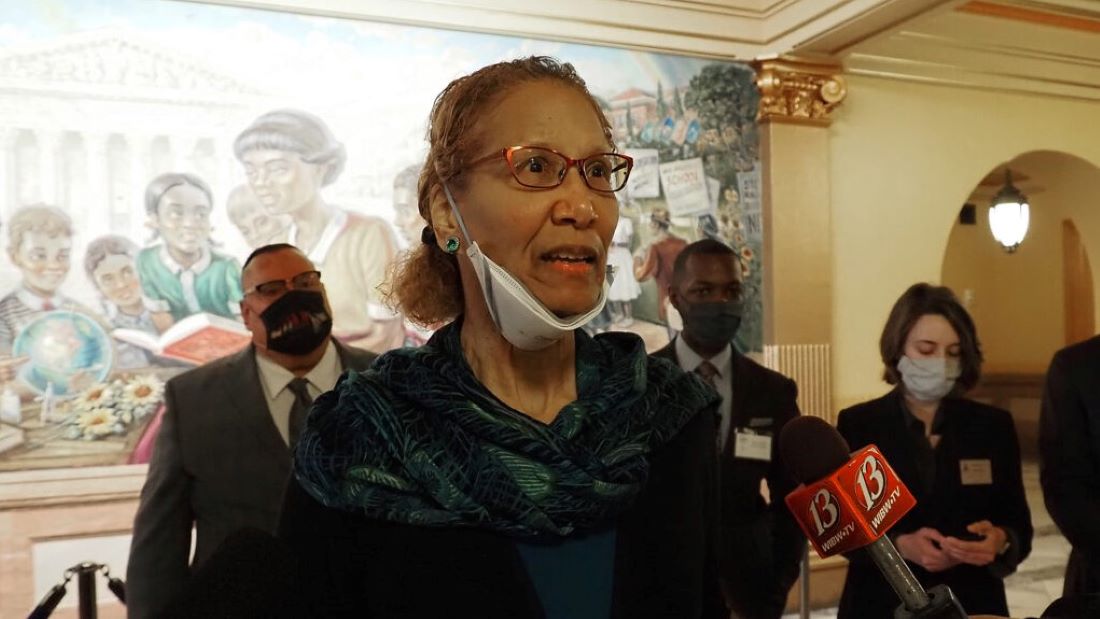