How Johnson County Is ‘Stepping Up’ for Inmates and Mental Health 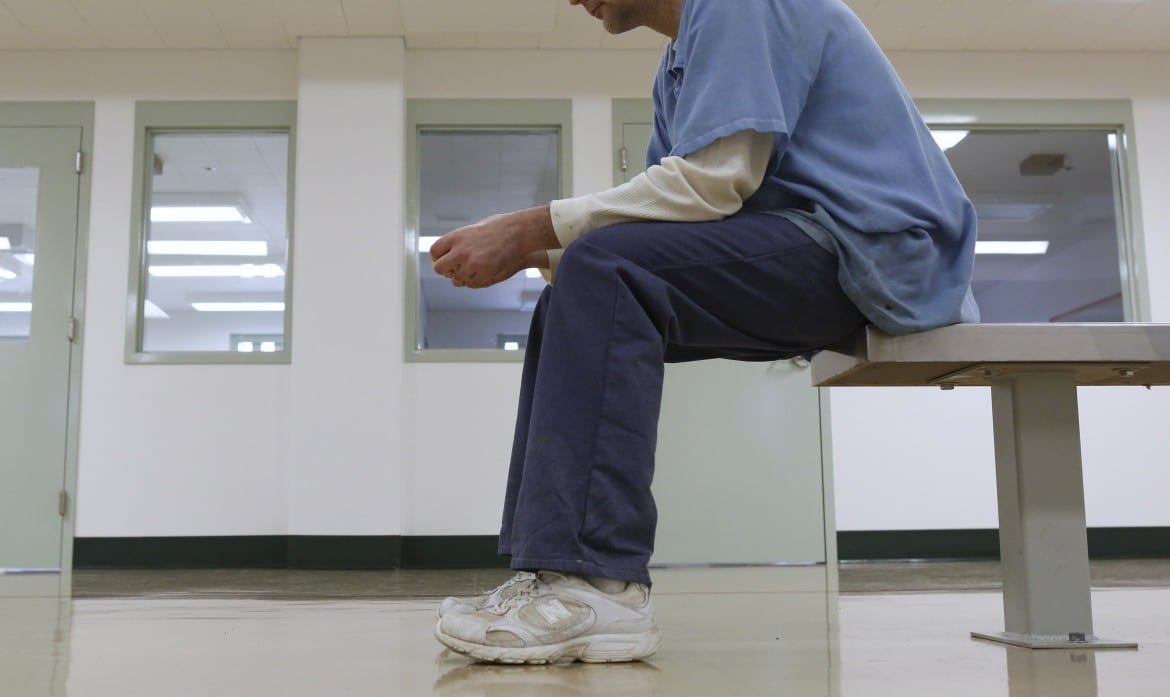 Johnson County was one of four communities nationwide introduced Tuesday as initial participants in a broad effort aimed at reducing the number of mentally ill individuals in local jails.

Dubbed “Stepping Up,” the initiative is a combined effort of the National Association of Counties, the Council of State Governments Justice Center and the American Psychiatric Foundation.

The other participants are Washington D.C., Miami-Dade County, Florida, and Sacramento, California.

According to the Step Up campaign, the nation’s jails hold two million adults with serious mental illness such as schizophrenia, bipolar disorder or major depression.

Johnson County Sheriff Frank Denning addresses the audience at Tuesday’s kickoff of a national campaign aimed at reducing the number of mentally ill individuals who end up in local jails. (Photo: Courtesy of Johnson County)

Campaign officials say it’s two to three times more expensive to care for an inmate with mental illness than someone not so afflicted.

There are an estimated 94,478 cases of untreated serious mental illness in the Kansas City metropolitan area, according to a documentary that aired last year on Kansas City Public Television.

Johnson County’s inclusion as a participant in the campaign “reflects the hard work Johnson County has already done to help decrease the number of people in jail who have a mental illness,” board Chairman Ed Eilert said in a news release.

By joining the Stepping Up campaign, the county has agreed to a six-step plan to:

There is no set timetable for completion, according to a county spokeswoman.

Local officials, along with an officer from the National Association of Counties, marked Johnson County’s participation at a ceremony at the Johnson County Crisis Recovery Center in Shawnee, Kansas.

Opened in 2006, the facility has helped approximately 1,300 individuals stay out of the hospital or jail.

Meanwhile, on Wednesday, advocates for the mentally ill from across the metropolitan area are scheduled to kick off their campaign, dubbed “It’s OK to Talk: Mental Health Matters in Kansas City,” as part of the national observance of May as Mental Health Month.

The effort is aimed at encouraging people to start conversations about mental health in their homes, neighborhoods, faith communities and businesses, according to the organizations mounting the campaign.

The kick-off is scheduled to start at 1:30 p.m. at the Kauffman Foundation Conference Center, 4801 Rockhill Road in Kansas City.