Can You Improve an Area Without Gentrifying It?

You Asked and We Counted the Ways 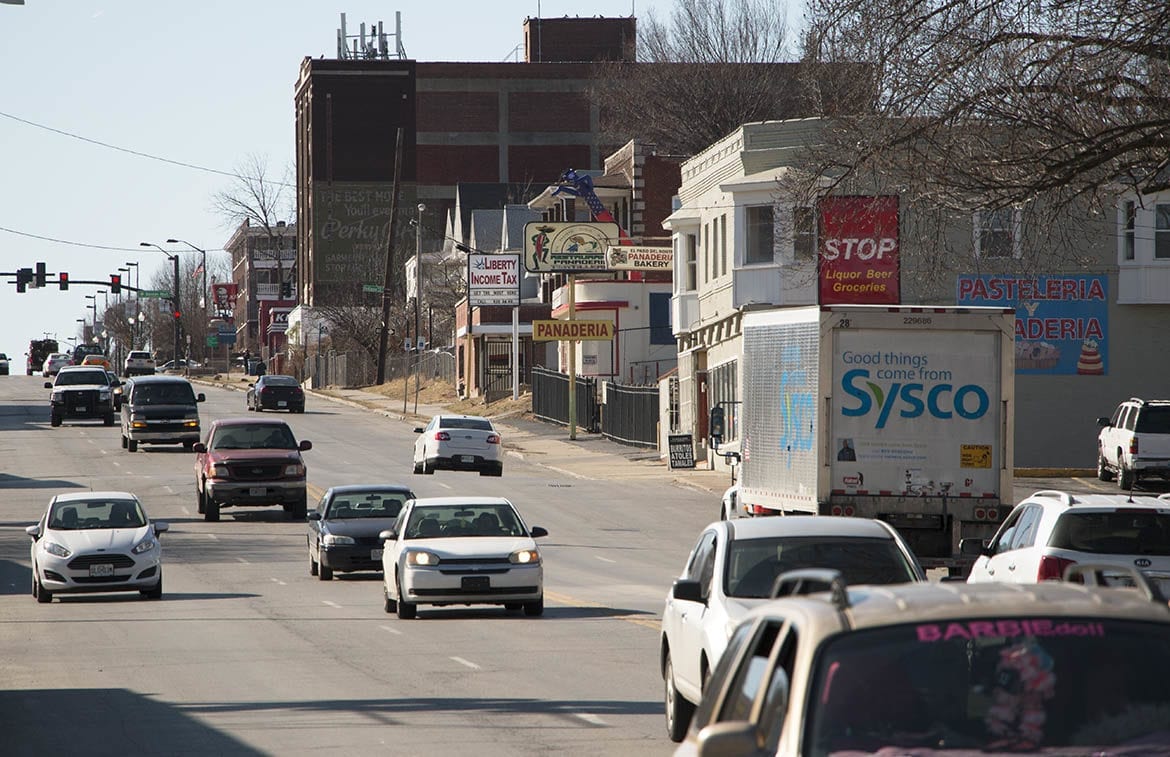 This stretch of Independence Avenue in Kansas City, Missouri, is part of a special taxing district that leaders in the Historic Northeast hope will preserve the ethnically diverse area without gentrification. (Mike Sherry | Flatland)
Share this story

As a traffic engineer, Jay Aber worries that some of the improvements he designs have the exact opposite effect of what he had hoped.

So the Prairie Village man posed this question to curiousKC: Is it possible to improve an area without gentrifying it?

CuriousKC is KCPT’s online forum for curious Kansas Citians to ask a question. The producers and editors will put several questions to a public vote and then investigate the winner. The goal is to include the public in the editorial decision-making process–and satisfy Kansas City’s curiosity.

Gentrification doesn’t have to be bad, Aber said. “As long as we’re not going in and breaking up communities and forcing people out,” he said, “it’s great.”

But when he thinks of gentrification, the Crossroads Arts District comes to mind. The way he sees it, the “higher-end vibe” of today’s Crossroads replaced the gritty neighborhood it was when artists could afford to live and work in the area.

Similar scenarios are playing out now along parts of the Troost Avenue corridor.

Yet gentrification is a hard phenomenon to pin down. Some people might argue that Johnson County is experiencing its own version of economic displacement.

Especially in the northeast part of the county, housing prices are soaring as demand outstrips supply.

A stable market has enough houses to accommodate six months’ worth of buying activity, said Johnson County Assistant Appraiser Jeff Holsapple. Right now, the county has only about a month’s supply.

Kansas City PBS and its digital magazine, Flatland, are gathering in-depth reporting and engagement around affordable housing in the metro. Watch for resources, ways to get involved, and more reporting on our project main page, Public Works? A Level Foundation.

The upshot, he said, is that people of modest means might be getting priced out either by increased property taxes or by asking prices that are beyond their means.

It’s possible to control this type of gentrification through tools like a neighborhood revitalization plan, Holsapple said, which allows for home improvements while locking in the value of the home for 10 years.

Aber also wondered if economic displacement might be sidestepped with increased communication between all the stakeholders.

“Having developers engaged at the beginning when you’re trying to improve these areas can be hugely helpful because they’re not the bad guys,” Aber said. “They want to do what the public wants. It seems like you get better results when you bring everyone into the mix and it’s transparent and open from the start.”

Pat Turner is one local housing expert who thinks a lot about gentrification. She is CEO of Habitat for Humanity of Kansas City, which is part of an international organization that focuses on providing decent affordable housing in communities. Habitat Kansas City covers six counties in Missouri and Kansas.

She agrees with Aber’s assessment of laying the foundation for a better outcome through increased communication. Turner was encouraged by a recent meeting, where government officials and developers actually came together to talk about gentrification.

“If we’re going to be building and constructing and renovating, we don’t want 100 percent to be for a certain income bracket,” Turner said. “We have to be mindful of serving our entire community. There needs to be a certain percentage of those renovations and new constructions that are for affordable housing. If we don’t do that, that’s when gentrification is really going to start happening.”

She hopes that the city will someday impose affordable housing requirements on developers. But in the meantime, she has a more immediate way she’s able to affect change.

For three years now, Habitat KC has participated in “Rock the Block,” a nationwide program that aims to improve a block during a one-week period with the aid of around 300 community volunteers. Turner said they select an area with a large percentage of people who own their own homes.

One section of Kansas City’s Historic Northeast has taken a different approach to revitalizing without gentrifying. In 2013, the Northeast Chamber of Commerce spearheaded an effort to create a “community improvement district” along Independence Avenue between The Paseo and Ewing Avenue. The CID covers 134 parcels in a 3.2-mile area.

Through the CID, businesses within the established area are allowed to charge an extra 1  percent sales tax. The additional revenue is spent on infrastructure improvements around the district.

“We’ve got to get people to think about not throwing the trash on the ground. Think about buying locally. Think about getting a job here in the community where you don’t have to spend all those dollars on gas, car payments, insurance,” said Bobbi Baker, president of the Northeast Chamber of Commerce. “It’s to start moving minds as to what our community could be if we all work together and make it what we all want it to be.”

The area now promotes itself as an “international marketplace” because it has a high number of immigrants and shop owners from Vietnam, Mexico, the Caribbean and the Middle East.

“If we’re not raising [residents’] quality of life along with making the stores … a better shopping experience,” Baker said, “then gentrification does come. You have to raise up the opportunities for the people who live here.”