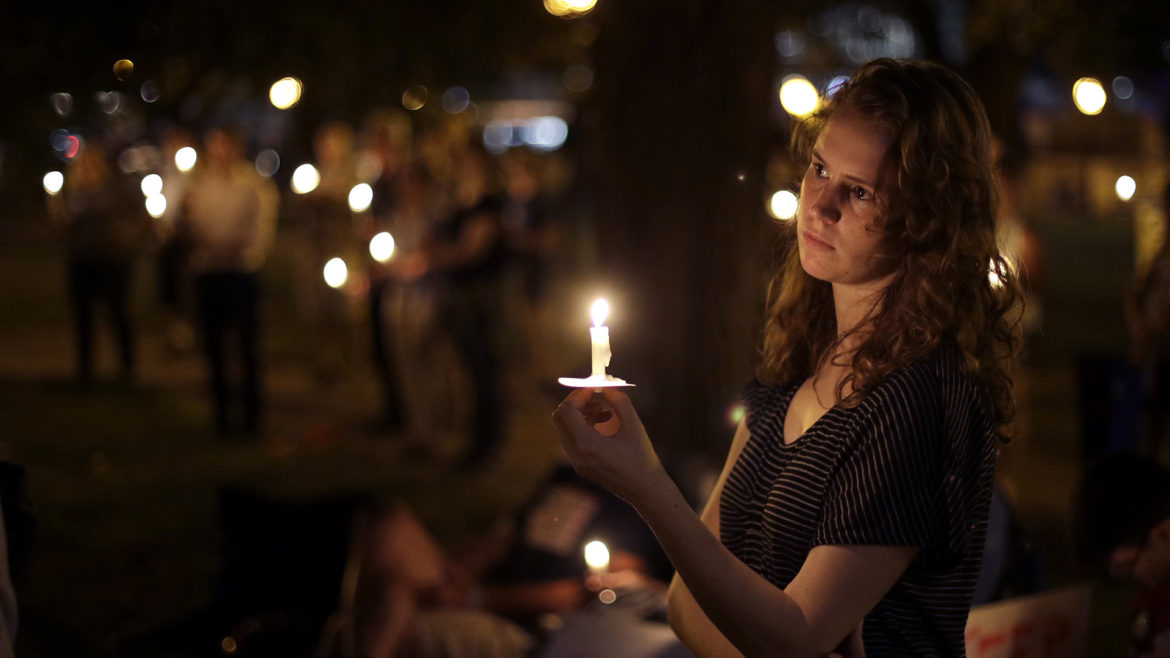 People hold candles during a protest against U.S. immigration policies Friday, July 12, 2019, in Kansas City, Mo. The "Lights for Liberty" protest drew about 500 people in Kansas City, which was one of several hundred protests planned nationwide. (Charlie Riedel | AP)
Share this story

Stymied in Roeland Park, immigrant-rights advocates are looking to gain a foothold in Wyandotte County in their effort to make Kansas more “safe and welcoming.”

Spearheaded by the American Civil Liberties Union (ACLU) of Kansas, along with various other organizations, the coalition wants localities to issue their own municipal IDs and to set clear guidelines on when local law enforcement can help the federal Immigration and Customs Enforcement (ICE) agency

The thrust of the ordinance is in line with what Kansans have stood for ever since joining the union as a free state, said the ACLU’s Ellen Glover. “Safe and welcoming are Kansas values,” she said.

But when discussing the ordinance last month, the Roeland Park City Council opted instead to simply update the police department’s operations manual with a written immigration policy presented by the police chief. The policy states that, in the absence of a criminal warrant, the city will cooperate with federal immigration authorities only after taking public safety and other factors into consideration.

That appears to be the end of the matter, said City Administrator Keith Moody.

Roeland Park only considered the ICE non-compliance language. But the Unified Government (UG) of Wyandotte County and Kansas City, Kansas, is also pondering the establishment of the municipal ID. To date, no other Kansas municipality is known to have adopted an ordinance of this sort.

The UG Board of Commissioners is expected to hold a meeting on the ordinance in January, and elected officials have raised many questions. A draft ordinance, which supporters said is similar to language adopted in dozens of other communities around the country, runs eight pages and includes 30 provisions.

Proponents lobbying the UG are organized as the Safe & Welcoming Wyandotte coalition, and the proposed ordinance would generally limit government agencies and law enforcement authorities from basing actions on someone’s immigration status. The only caveat would be a requirement to do so by law or regulation.

Supporters of the proposal point to the fact that their language directs compliance when it is legally mandated. Such a bright line should provide greater clarity to local law enforcement about their enforcement priorities and responsibilities, Glover said.

Proponents reject any assertion that their ordinance would make any locality a so-called sanctuary city, a label that anti-immigration groups have applied to several jurisdictions that obstruct immigration enforcement. Republican Kris Kobach, the former Kansas secretary of state who is now running for the U.S. Senate, leveled that charge at Roeland Park when it was considering the “safe and welcoming” ordinance.

Law enforcement would essentially be banned from any actions, including questioning or detaining, based solely upon an individual’s actual or suspected immigration status. The ordinance would also direct the police department and sheriff’s office to comply with ICE detainer requests only when accompanied by a judicial warrant.

Spokesmen for the police department and sheriff’s did not return phone calls seeking comment.

As for the municipal ID, the coalition says it would do more than benefit undocumented workers.

They argue such identification could also help elderly residents, who might not have access to legal documents (such as a birth certificate) needed to obtain other forms of government ID. Cost can also be a barrier for some low-income residents, according to the coalition.

The group estimates as much as 20% percent of Wyandotte County residents are without a government ID.

To be effective, supporters argue, the cost of the municipal ID should be minimal, perhaps as low as $5, and be obtainable with identifying documents that could have expired as long as five years ago. Examples from other municipalities, cited by the coalition, indicated the program could cost less than $200,000 a year to administer.

The idea behind the municipal ID is that various local institutions, such as the public library, banks and commercial businesses would recognize the card. Supporters also hope it would be acceptable to register children for school and to activate utilities. 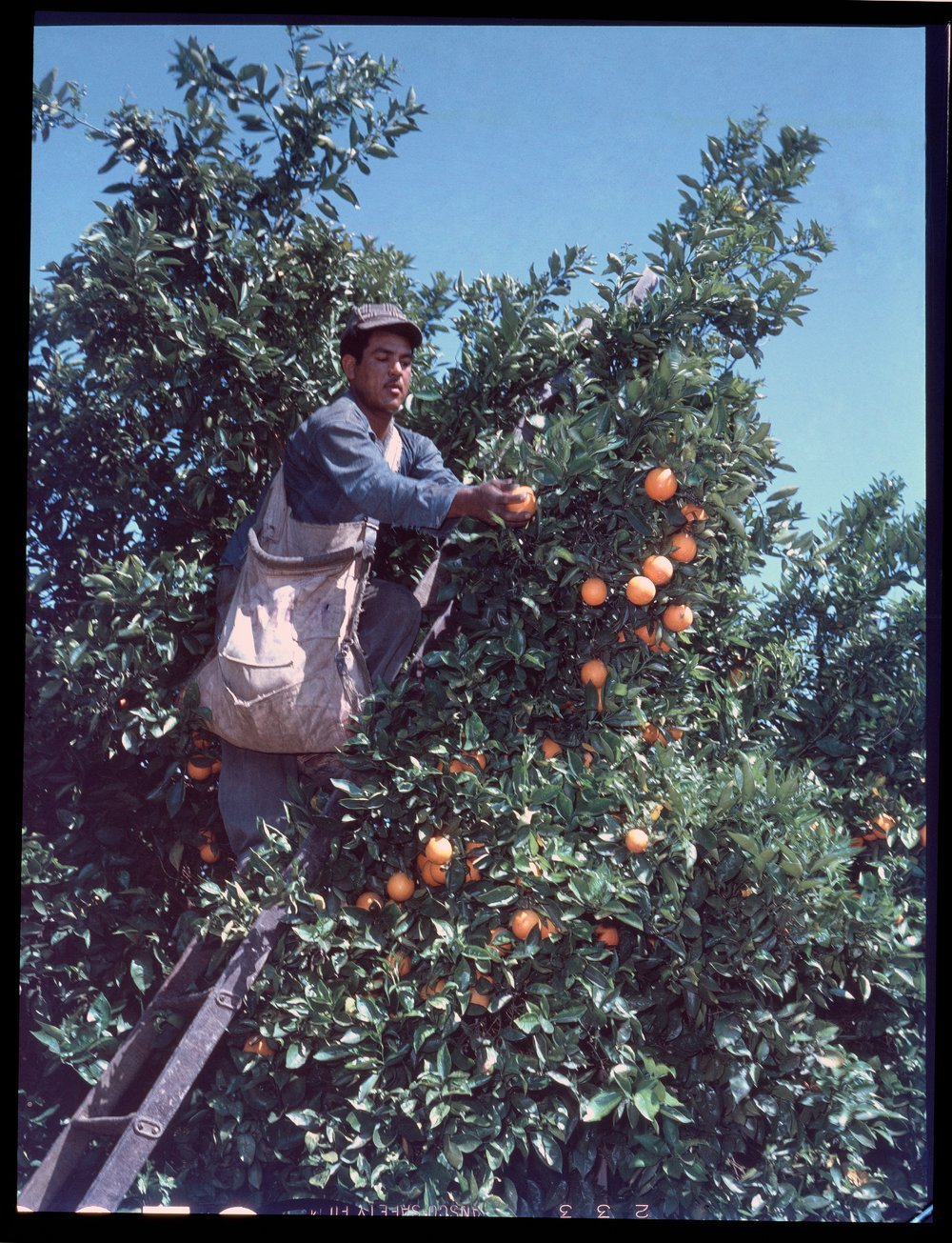 In Kansas and Missouri, Immigrants are Rooted in the Agriculture Workforce Rows of workers perch on ladders. They hoist hundred-pound baskets, which get heavier with every apple they pluck, around their necks. That’s the grind 14 hours a day, every day except for Sunday, while they earn maybe $13 an hour. … 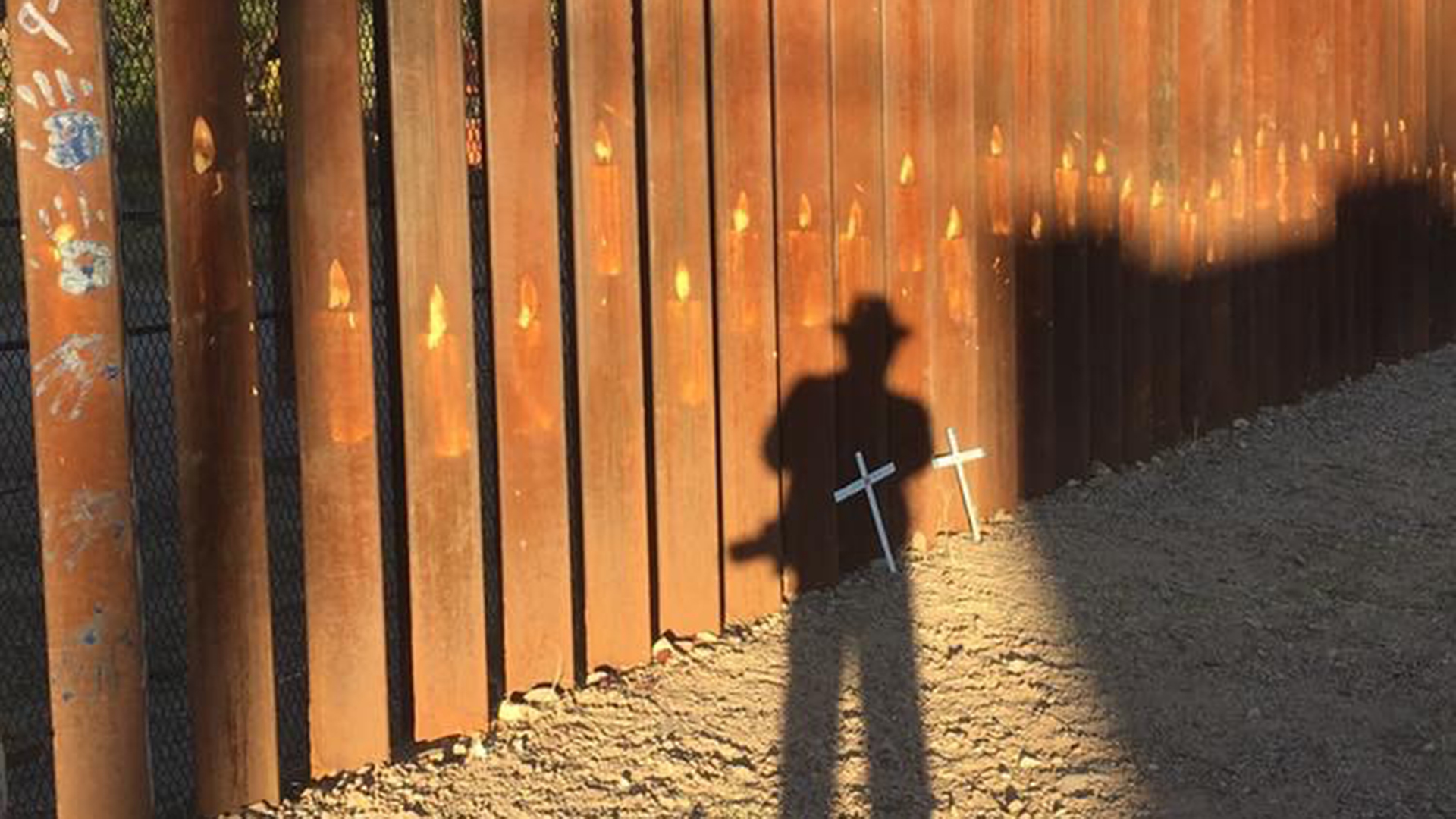 Mexican Artist Returned to the U.S.-Mexico Border He Crossed as a Child It took Israel Alejandro Garcia Garcia 30 years to take a trip back to the border where his family crossed into the U.S. Two exhibits show what he found.

Coalition members have knocked on more than 4,000 doors in Wyandotte County over the past year, with many residents following up by sending postcards of support for the ordinance to Mayor David Alvey and the commissioners.

The ACLU’s organizer for the campaign, Alex Martinez, said he ran across one elderly gentleman who was practically homebound because he lacked any ID. It just limited the things he could do, Martinez said. “We heard so many stories like this,” he said.

Alvey is one elected official in Wyandotte County who has questions about the safe-and-welcoming plan. Another is Commissioner Melissa Bynum, who chairs the Public Works & Safety Committee and sits on the Administration & Human Services Committee. Both of those committees would be possible venues to begin vetting the ordinance.

UG spokesman Mike Taylor said the mayor wants more information on the procedure for approving applications for a municipal ID. It has to be more than, “Hey, I live here, give me an ID,” Taylor said.

Taylor also said the mayor is reluctant to approve any noncompliance language that would jeopardize federal funding flowing into the community.

The first order of business for Bynum, on the municipal ID, is to hear from the leaders of the various institutions around town to see if that is something they would recognize. Could Kansas City Kansas Community College use it to disburse financial aid? Could customers use it to cash a check at a local bank? Could residents use it on the regional bus system, which cuts across various municipalities?

If the card could help people get local jobs, Bynum said, it would complement community efforts to improve the health and welfare of residents through employment.

Bynum also wondered if it would not be best to delay any substantive discussions on the non-compliance language until hiring a permanent replacement for the former police chief, who retired in September.

Ultimately, Bynum would prefer to have community forums on the ordinance before the commission takes any action.

If everything came into focus, Bynum did not rule out a vote on the ordinance as early as the spring.

A vote in the affirmative would position Wyandotte County as a role model for the rest of the state, Glover said.

“They are well positioned to do that,” she said. “They have the leadership they need. They have just got to take the next step.”

Can students without internet access and devices get an equitable education?