Hey Kansas Taxpayers: Do You Want To Save Nearly A Million Bucks?

Estimates Say You Can Do Just That By Approving A Census-Related Question On The Nov. 5 Ballot 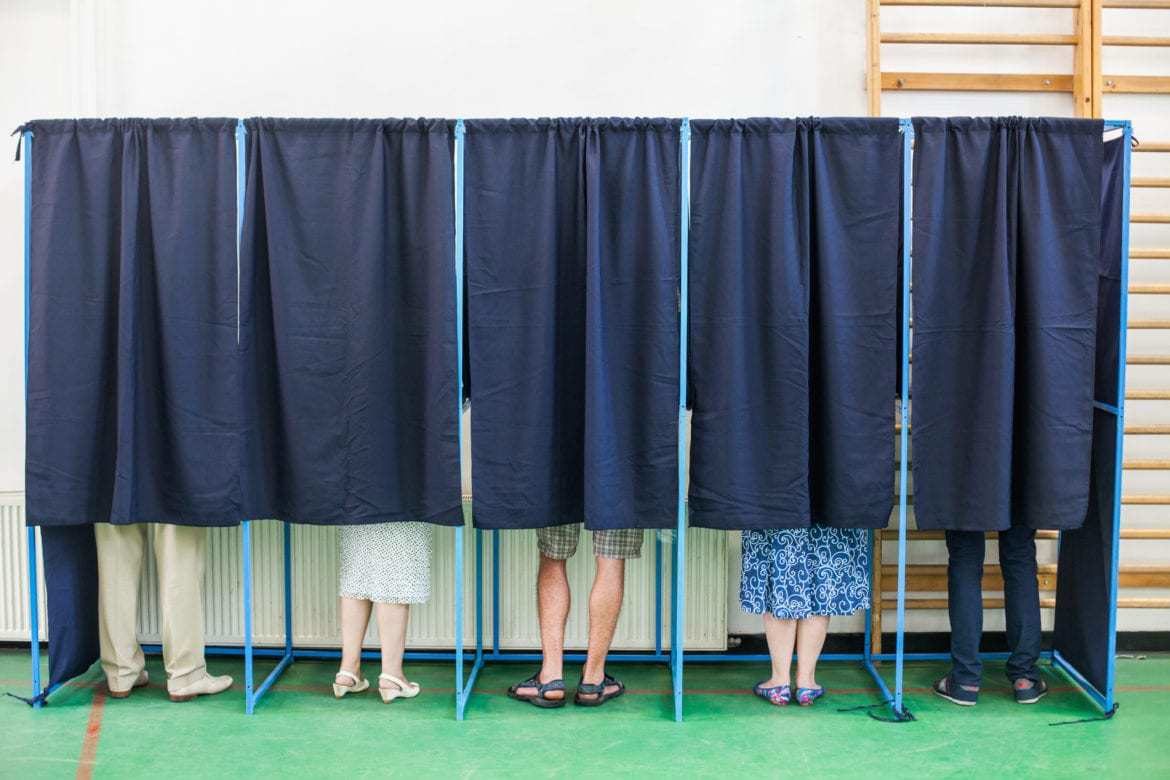 Kansas voters are being asked if they want to eliminate a constitutionally mandated adjustment of federal census numbers, which is designed to ensure college students and military members in the state are counted in the location of their permanent residence. (File photo | Flatland)
Share this story

Editor’s Note: According to unofficial results available right after the Nov. 5 election, Kansas voters approved the constitutional amendment by a tally of 60% to 40%. That means Kansas will no longer have to adjust its census figures. All the counties in the Kansas City area voted for the amendment.

You might be hearing chatter about the U.S. census, as the federal government gears up for its once-a-decade headcount next year.

But Kansas voters are going to have a census question of their own long before that — in the form of a question on the Nov. 5 state ballot.

The measure would eliminate a constitutionally mandated adjustment of federal census numbers, which is designed to ensure college students and military members in the state are counted in the location of their permanent residence.

Kansas Secretary of State Scott Schwab called the language “burdensome, antiquated and expensive” in written testimony to the Senate Ethics, Elections & Local Government Committee earlier this year. He also noted that Kansas is the only state in the country that requires such a recount.

The language in force today essentially requires the secretary of state to separately contact college students and military members to see if they want to change the designation of their permanent residence. (The language also requires the secretary to exclude college students and military members who are in Kansas from out of state.)

So, for instance, a Kansas State University student from Hays could decide to be counted at home as opposed to in Manhattan. Under the federal census, that student would identify as a Manhattan resident.

The constitutional language in question dates back to 1987 action by the Legislature. Kansas Sen. Anthony Hensley, a Topeka Democrat, was serving in the state House at the time. He was a member of the committee responsible for the measure that ultimately amended the constitution.

The intent of the Legislature, Hensley said, was to align the legislative redistricting for state and federal offices.

Prior to the 1987 change, he said, the state constitution required the redrawing of state legislative districts in the second to last year of the decade. That meant going through the process two years before the official U.S. census even started.

For years, the state had used figures compiled by the county-led “ag census.” But after lawmakers abolished that count sometime after the late 1970s, amid questions about its accuracy, Hensley said the state spent $2 million to have the secretary of state conduct the headcount for the state legislative districts.

That did not sit well with lawmakers, who then came up with the constitutional language that eliminates the need for a separate state count by relying on federal census figures.

But, responding to pressure from rural lawmakers, the new constitutional language required the readjustment that voters are now being asked to abolish. Hensely said rural lawmakers were “scared to death” that they would lose legislative power as the population was shifting to the more urban areas of the state.

(Rural lawmakers were probably justified in their fear that a more professional count would reduce their headcount, especially since the old ag census provided every incentive for county officials to pad their population figures. Hensley said the population of his home county dropped so much after the abolition of the ag census that it lost one House seat.)

Schwab said that would-be rural backstop has not come to pass. The last readjustment actually tilted more toward urban areas.

The secretary is confident that the cost savings will convince voters to approve the ballot language next month. The flip side of that, Schwab said, is that if the measure fails, he will have to ask the Legislature for more money. The current state budget does not include funding for the adjustment.

One might think that the city manager of Manhattan would oppose the proposed constitutional amendment, given the potential to shift students back to their hometowns. But that is not the case for Ron Fehr.

He said the state and federal counts “clearly created confusion” among students. Fehr said it’s important that Manhattan’s count in the federal census is as accurate as possible.

Schwab agreed, saying that language on the November ballot might actually serve as a key reminder to people about the importance of responding to the federal census. Not only do those figures dictate political power, through the number of U.S. House seats, but they also drive the allocation of billions of dollars in federal funds.

As Schwab said, “He who counts the best, gets the most.”