It was Thanksgiving week last fall when a group of researchers at the University of Missouri noted 46 mutations of COVID-19.

Within days, those findings were published in the Journal of Autoimmunity. The peer-reviewed study was fast-tracked because it detailed a concerning, rapidly spreading variant of the Sars-COV-2 virus.

Dubbed the omicron variant, it is now responsible for the vast majority of cases nationwide.

“This is not a new thing. Everybody evolves,” said Kamal Singh, who is the principal investigator at the Bond Life Sciences Center in Columbia. Singh is assistant director at MU’s Molecular Interactions Core, a trained biochemist and virologist, and a professor in the MU College of Veterinary Medicine.

The study was a culmination of nearly two years of work, tracking COVID mutations as they happened. It also supported Singh’s area of focus, which he hopes gives scientists the tools to treat infections after-the-fact.

“I have experience in drug design and how viruses work structurally,” Singh explained.

Before he came to Missouri, Singh began his professional journey in the sciences at 22 years old in India. He graduated with a PhD in physics and in the early 1990s moved to the U.S. to work in a biochemistry lab. There he began to work on HIV, which has informed much of his work investigating viruses and therapies.

His scholarship throughout the pandemic has been integral to informing the science community on which therapies to deploy against COVID-19 illness. He’s also had first-hand experiences with the virus — twice.

After a trip to Chicago in the spring of 2021, Singh was infected COVID. He believes he contracted the delta variant. Then he got it again more recently after visiting family in India and believes this time it was the omicron variant. This sparked the idea for a new paper.

The goal was to explore variants and sub variants that would eventually emerge. Previous studies and data showed that mutations were bound to happen, but they wanted to know how the spike protein would be affected.

“I’m more proud of my students and collaborators than myself,” Singh said. “It makes me feel that I’m doing something that helps the community.”

On Sept. 28, 2020, MU announced the partnership between a then-eighth grade high school student, a university undergraduate mathematics student and veteran researchers Singh and collaborator Siddappa Byrareddy, University of Nebraska professor/vice-chair of Research in the Department of Pharmacology Experimental Neuroscience.

A friend had seen Singh in a TV news interview and connected him with his son, who was an eighth grader at the time interested in computer programming.

Their research for the past two years tracked as the virus mutated, listing notable versions cropping up throughout the states.

That research continued when, in November, he and the team identified another mutation that was transmitting faster than before. Their research was groundbreaking.

This variant, known in the scientific community as B.1.1.529, had learned to more adeptly evade antibodies and infect cells than previous variants. Cue omicron, which has been the top headline of all news since December.

Then, in January, news broke of an omicron sub-variant — B2A.

While mutations naturally occur, not all survive. Singh explained that the “fit” variants survive and “those who come out of that survival, they are occasionally very strong.”

Admittedly, Singh and his peers didn’t expect the virus to evolve as much as it did. This spurred his interest in researching the “why.”

The takeaway of their study: “Our analyses show the presence of 46 high prevalence mutations specific to omicron.”

He explained that “even one change in the protein where it is supposed to bind, it can completely abolish the binding.”

This means the binding – or protective barriers against COVID – weren’t strong enough to ward off infection. Somehow, the mutations were infiltrating the cell even among those who have been vaccinated.

In short, Singh said of these analyses: “I don’t think … our variance is going to stop here. I am almost certain it will keep continuing for a while.”

With studies like these, he said, people who design drugs, therapies and other treatments will be better prepared to treat patients. Singh said these past two years have been difficult but sees it as his civic duty to support the community through scientific research.

Reflective of the seemingly unending pandemic, he acknowledged how tired folks in the health care field are these days. Addressing health care workers and scientists who have been on the frontlines, he said:

“Don’t lose hope. I’m sure this will go away and we will prevail.” 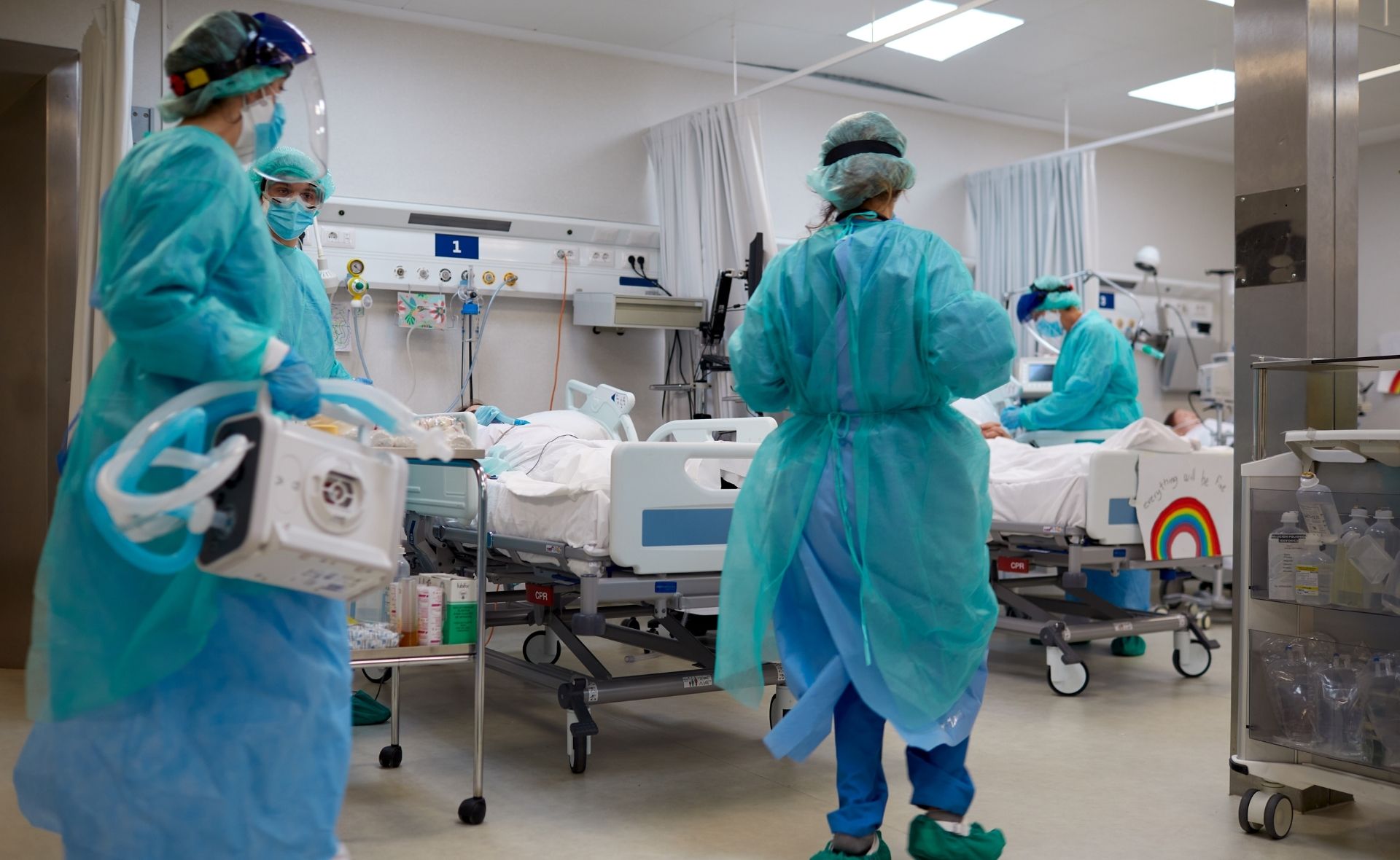 curiousKC | What Stories Do You Want to See About Health Care? Next up, Flatland’s team focuses on the questions you want to know about health care. See our previous coverage and write to us here.