Getting Shingles or Hives After the Shot? Experts Connect the Dots

Explaining Occurrences of Shingles and Hives During Vaccine Rollout

Roy Inman was ready for life to return to normal.

He’d received his first dose of COVID-19 vaccine in early April and was one step closer to being able to work and socialize again. Then Inman, a Kansas City-based photographer, spotted something strange.

“The very next day, these strange bumps — lesions, actually — began to appear on my forehead and around my eye,” he said. “Urgent care doc says, ‘shingles.’ ”

Years ago, he had planned on getting the shingles vaccine, called Shingrix, but he made a mistake on a form, which signaled to pharmacists that he was allergic.

“I … filled out the form at Walgreens clinic and the nurse said I marked that I was allergic to MSG, so I could not get the (vaccine),” Inman wrote on Facebook Messenger. (He later found out that he was, in fact, eligible.)

Fast forward to April 2021 and Inman was ready to get Shingrix. However, he’d need to wait 14 days since he had just gotten his first dose of the COVID vaccine, per Centers for Disease Control and Prevention guidelines.

He was prescribed antiviral medication and is feeling much better these days. But now it’s a matter of selling a lens or some photographs to pay for his shot of Shingrix, which has an efficacy rate between 89% and 97%.

Inman’s experience is one of many that echo reports — often coincidental — of shingles and hives as possible side effects of the COVID vaccine.

Last month, Flatland’s curiousKC team sought an answer to a trending question: Does the COVID vaccine cause shingles? Since that was published, more folks wrote in to say they or their loved ones got shingles after getting the vaccine. Some were frustrated and others upset.

“My mother, she is 93, and I took the COVID vaccine and we both broke out with shingles,” Maryellen Ruiz wrote through Kansas City PBS’ curiousKC.

Younger Kansas Citians are also getting it, reported another curiousKC contributor: “My 36-year-old son developed shingles about 10 days after receiving his first Pfizer COVID vaccine. Is anyone tracking how many people are getting shingles after receiving the vaccine?”

In an effort to understand the difference between side effects such as hives, an allergic reaction, versus shingles – also known as herpes zoster – we tapped a few local and national experts.

The latest COVID tracking data shows that more than 29.1% of Americans have been fully vaccinated and about 42.7% have gotten their first dose so far. Along with it, there’s a growing concern about a possible connection between the shingles virus and getting the COVID vaccine.

Experts explain that as COVID-19 infection rates rose throughout the year, so did the rates of shingles.

When vaccinations started, folks who noticed flare ups started to wonder if this had to do with the new vaccine that was supposed to curb the rise in SARS-CoV-2, the virus that causes COVID-19 disease.

National and local infectious disease experts say part of the reason is there’s a misinformation epidemic happening in tandem with the pandemic. False, misleading or dangerously loose scientific claims muddy the waters of public health recommendations and feed into the fear many folks already have.

Some scientists have made it their mission to stop it.

Jessica Malaty Rivera, an infectious disease epidemiologist, leads science communication for the COVID Tracking Project at The Atlantic. Rivera has been a vocal leader on her personal social media accounts. Day in and day out, she works to explain the science behind the numbers.

Rivera insists there’s no connection between the vaccine and shingles. A number of things can trigger a flare up, she explained, including stress.

“And this is a very stressful time,” Rivera said. “The vaccine itself is not triggering shingles infections. I don’t think that people should be operating out of a place of fear or worry over this because there (are) not unusually high incidents of this happening.”

This tracks with other experts’ comments. They point to CDC data indicating that the incidence of shingles among U.S. residents has been consistently increasing for the past decade.

Nearly one in three people in the U.S. will get shingles in their lifetime. The CDC recommends older folks get the Shingrix vaccine to reduce chances of infection two weeks after getting the COVID vaccine.

Shingles Cases Have Been Increasing for Years

Fried, who has 30-plus years of practice in infectious disease, said if people haven’t received the shingles vaccine and got shingles after getting the COVID vaccine, “it’s coincidence.” He points to the history of the vaccines in general, highlighting its evolution. In its infancy, vaccine science was questioned by scientists too.

Infections were the leading cause of death 120 years ago, he said.

“Public health has always been kind of underappreciated. People don’t realize what didn’t happen,” he said.

Anything new may seem suspicious. But scientists these days have more resources at their disposal, new technology and decades of vetted research to build off of to produce safer and more effective vaccines.

Plus, Dr. Fried added, nothing is risk-free. In his expert opinion, a vaccine is worth it.

“I love vaccines. They have reduced so much human misery and death,” he said.

Yes, there are risks, he said, offering driving as one example of a risk that Americans take daily for the benefit of convenience. But he said vaccines are worth it for the public’s health in the long run.

Bill Picking, a bacteriologist in the school of pharmacy at the University of Kansas, is not only an investigator of things like shingles and hives, he also had both.

By design, he explained, vaccines contain a recipe to help the body to fight against — not succumb to — a virus.

It’s more common for folks to get an allergic reaction, like hives, after the jab, but this is no cause for concern. An allergic reaction is easier to treat than the infection COVID-19 can cause. Clinics administering vaccines are equipped and ready for such reactions.

“A quick stick with an EPI (pen) will reverse that quickly,” Picking said.

It should be no surprise, then, that folks have reported symptoms like hives after getting the shot. What’s the reason?

Picking explained that folks might be allergic to polyethylene glycol, an ingredient found in one of the vaccines. This particular molecule isn’t exclusive to vaccines.

It’s used in other medicines, cosmetics and food and there’s documented evidence of allergic reactions. This is why vaccine clinics have participants share whether or not they have pre-existing allergies and observe for reactions 15 to 30 minutes after vaccination.

COVID-19 may have been around for more than a year, and the vaccines are just rolling out, but all the experts say that the newness and uncertainty of this pandemic have added another element to an already stressful situation.

This is why listening to one’s body, being mindful of unusual symptoms and speaking with professionals is key. If that isn’t possible, people like Rivera who break down the science and investigate rumors say to be vigilant online.

“In the same way that, you know, folks can sometimes confuse seasonal allergies and COVID-19 infection, you know, you can often confuse side effects with something else like potentially shingles,” Rivera said. “There’s a lot of misinformation, especially online about the vaccines. And I will say that, I think it’s extremely important to check your sources on some of this misinformation.” 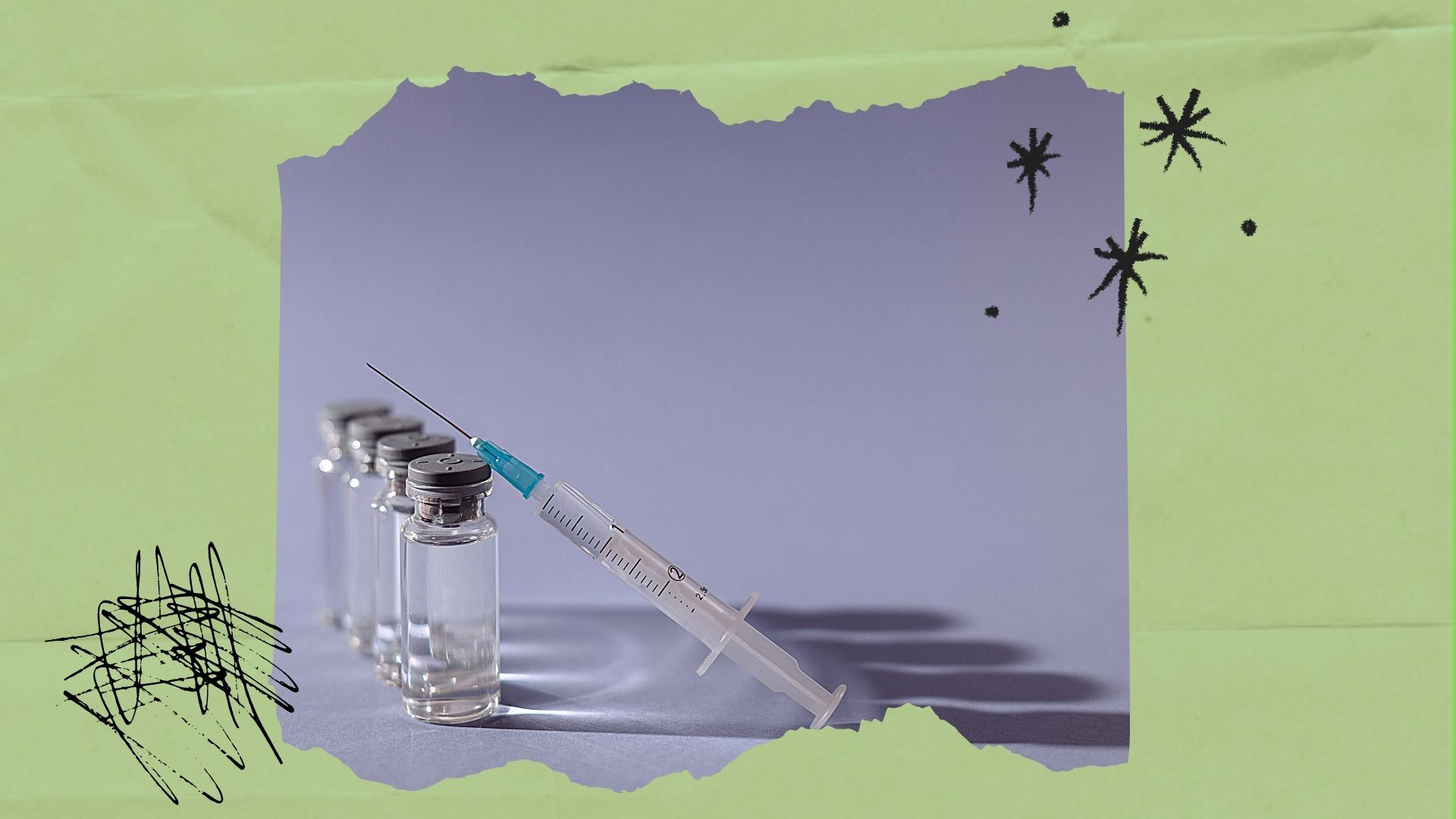